Startups are springing up everywhere in Europe at an increasing rate. In the beginning of this year, we took a look at major European countries and tried to come up with a list of 5 startups (each country) to look out for in 2013. We started with France, now it’s time for Germany – and it’s been hard to narrow this list down to 5. However we’ve decided to just go with 5 promising German startups out of different sectors. A couple of them are already big, some of them are still small startups. But they all have something special to add to the web experience in 2013.

1. Kreditech: A Hamburg-based startup which provides a real-time scoring technology that applies big data analysis to thousands of data points in credit applications over individuals. Kreditech was founded in 2012 and announced in December that it has now raised $4 in total. The promising startup operates offices in Hamburg, Warsaw, Barcelona and Kharkov and plans the international (European) launch of its B2B product “Scoring as a Service” in 2014. By the way: Check out their current job listing on our job board.

2. HitFox Group: A game distribution company builder, headquartered in Berlin, which just announced an international expansion and rapid growth in revenue and market reach. Only weeks after entering Asia Pacific with an office in Seoul (Korea), the young company recently extended its local presence to San Francisco and Paris. The HitFox Group is focused on building and acquiring synergetic businesses in the fields of game distribution and user acquisition. Its portfolio companies include ad2games, AppLift and Game Finder.

3. twago: The Berlin-based startup in the space of “cloud working”, completed its Series A with $ 3 million in funding last June and recently expanded into other relevant markets like France. twago acquires jobs and projects from companies as well as small and medium sized clients on its platform globally. Clients have access to more than 168,000 freelancers and agencies from 177 countries. twago.com is available in German, French, English, Spanish and Italian. The startup just won the German Startup Award in the category “best web app.

4. smarchive: The first intelligent document filing system received a seven-figure investment (last November) from T-Venture, CHECK24 and some business angels. The Munich-based startup, which describes itself as the smart ring binder for the Digital Age, was founded in 2011. Its software, which is currently in the closed beta phase, will be made available to the general public in the first quarter of 2013. We’re excited!

5. YieldKit: The Hamburg-based competitor of VigLink and Skimlinks closed a Series A round with Tim Schumachers (Sedo-founder) and HackFwd – last November. The funds from this round will be used for acceleration of new innovative product releases as well as to strengthen market leadership in German speaking countries and the international roll-out. YieldKit, which has been launched in 2011, provides solutions for turning any product mention (on content sites) into a monetization opportunity.

Focusing on 2 billion adults worldwide that are underbanked in financial services – Inter... 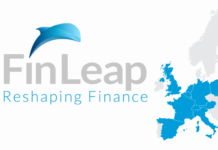 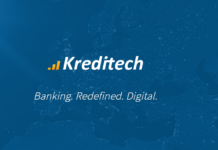 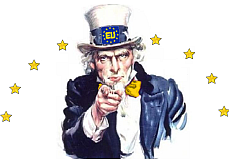 Kreditech receives a €10 million investment from IFC to accelerate its digital banking strategy...