The 15 hottest European fintech startups in 2015 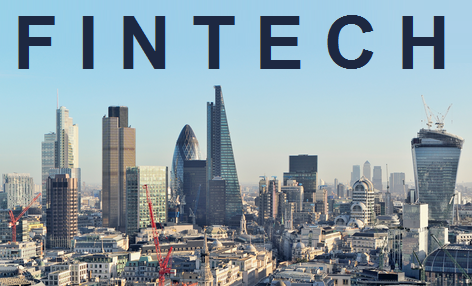 In the last decade, there were a bunch of really successful fintech companies that started in Europe. Companies like Klarna, Adyen or Transferwise (to name just a few) changed the way we do payments or the way we transfer money overseas.

By pursuing radical new concepts, these fintech startups became some of Europe’s most valuable companies within just a few years.

Short update before we start: We just published a report about Europe’s hottest fintech startups in 2016. It can be purchased/downloaded now!

Azimo: Founded in 2012 and headquartered in London, Azimo was created out of the founders frustration with the money transfer industry. They experienced so much waste, cost and poor customer service that they decided to create a better way to send money overseas. Well, the Azimo founders could have used Transferwise, which was founded two years before, but they chose to compete with them and especially with older money transfer providers like traditional banks. In total, the ambitious team behind Azimo already raised $31.6 million in venture capital.

Bitbond: A peer-to-peer bitcoin lending platform with mission to make lending and borrowing globally accessible. Small businesses like ebay sellers who need to finance working capital and inventory list their loan request on Bitbond after going through a credit check. The loans get funded by individual and institutional lenders who thereby earn interest with their bitcoins. By leveraging bitcoin as a technology and payment network, Bitbond sees itself as the first global marketplace lender for small business loans. So far, the Berlin-based startup which was founded in 2013 raised about $940K in seed funding.

Cashcloud: Started in 2012, Cashcloud aims to become the leading provider in eWallet solutions for community payments, cards (like credit cards and debit cards), couponing for deals and special localized offers via mobile Smartphones. Cashcloud’s mobile eWallet solution enables its users to exchange payments safely/easily and works with iOS and Android devices. The Luxembourg-based company raised about $3.3 million in venture capital so far.

Centralway Numbrs: One App. Every Bank. Numbrs brings all of your bank accounts together in one easy-to-use app. The app analyses your spending behaviour and existing transactions to calculate your future income and expenses. It enables mobile bank tranfers the easy way. Numbrs saves all your financial transaction details for you so that sending money is just one click away. Launched in 2012 and headquartered in Zurich, Centralway Numbrs secured venture capital in a total of $11.5 million.

Ensygnia: The London-based mobile interaction company behind the Onescan omni-channel app. Onescan enables mobile payments online, in-store and on-the-go and has applications for log-in, authentication and mobile identity. In the payments world Onescan allows customers and prospects to go from looking to buying in under 10 seconds. Ensygnia was founded in 2012 and secured roughly $6.6 million in venture capital so far.

Judo Payments: Founded in 2012, judo payments provides mobile payment solutions to businesses of all size to ensure they never lose a sale. From integrated card payments for mobile apps to providing the tools to build a custom mobile payment system for third parties, judo makes mobile credit and debit card acceptance simple and affordable. So far, the London-based company raised about $14.3 million in venture capital.

Kreditech: An online consumer finance company which provides easy and fast access to online loans to customers worldwide through its web and mobile services. The Hamburg-based startup is also a real-time scoring technology provider that applies big data analysis to thousands of data points in credit applications over individuals. Kreditech was founded in 2012 and has so far secured over $8 million in venture capital from very prominent investors and over $250 million in debt financing.

Lendico: Founded in 2013, Lendico is a transparent marketplace for loans. By connecting borrowers and investors online, the startup avoids the excessive costs of traditional banking. And the savings are passed right through to their customers. Lendico does a strict quality control of all borrower projects and coordinates all payment transactions on top. Earlier this year, the Berlin-based startup raised €20 million from investors like Rocket Internet, Access Industries and HV Holtzbrinck Ventures.

Monese: A branchless and digital banking service that offers instant account opening via their mobile app, regardless of the customer’s missing utility bill. Helping expats, the company offers easy account opening, cheap payments and a debit card. Monese’s modern technology based on secure cloud technologies removes many of the barriers that traditional banking systems impose. Founded in 2013 and headquartered in London, Monese raised about $1.8 million in venture capital so far.

NUMBER26: A Berlin-based fintech startup that aims to revolutionize the traditional banking industry and how people spend, save and send money. Started in 2013, NUMBER26 claims to be Europe’s most modern way of banking. With NUMBER26 the current bank account is reinvented and combined with an intuitive mobile & online banking experience. So far, NUMBER26 has secured about $12,7 million in venture capital.

Osper: Launched in 2012, Osper is a prepaid debit card and mobile banking service empowering young people to manage their money responsibly by instilling good financial habits from an early age. It offers a safe MasterCard prepaid debit card and a simple mobile banking app with separate logins for young people and parents. All money on Osper is safely managed by a European regulated bank. Its application runs on Android and iOS devices. Headquartered in London, Osper so far raised about $11.2 million in VC funding.

Setpay: A payment solution aimed at SMEs and freelancers that can carry out any type of economic activity and charge for their products or services in person. The objective of SetPay is to provide the tools that enable their users to facilitate payments, customer loyalty, to publicize offers and products. Launched in 2012 and headquartered in Santiago De Compostela (Spain), Setpay is currently in the process of raising $500K with a valuation of $2 million.

Spotcap: Founded in 2014, Spotcap is the first startup to offer online credit lines to small companies in Spain. The young fintech company also operates in the Netherlands and Australia. Spotcap is headquartered in Berlin, with local offices in Madrid, Amsterdam, and London. Supported by Rocket Internet, Spotcap so far raised over €13 million in venture capital and about €5 million in debt financing.

Traxpay: A Frankfurt-based startup which aims to transform the way that businesses pay and get paid with the world’s first B2B Dynamic Payments platform. Traxpay’s patent pending platform (cloud-based) combines secure, flexible, real-time electronic payments (24/7) with all structured and unstructured data related to the transaction. Traxpay was founded in late 2009 but in stealth mode till 2012. The company raised about $19 million in venture capital and its main shareholder is as of September 2014 main incubator – the corporate incubator of Commerzbank and Software AG.

Yoyo Wallet: An app that enables mobile payments and automated loyalty. The London-based team created it in 2012 with a laser like focus on what is important to their customers and retailers. With fast payments, loyalty and high security standards, Yoyo customers are secure and empowered. For Yoyo retailers, the startup provides the integrated marketing tools they need to reach targeted customer segments, drive sales, increase revenue, and offer an elevated customer experience. So far, Yoyo secured about $15 million in venture capital.