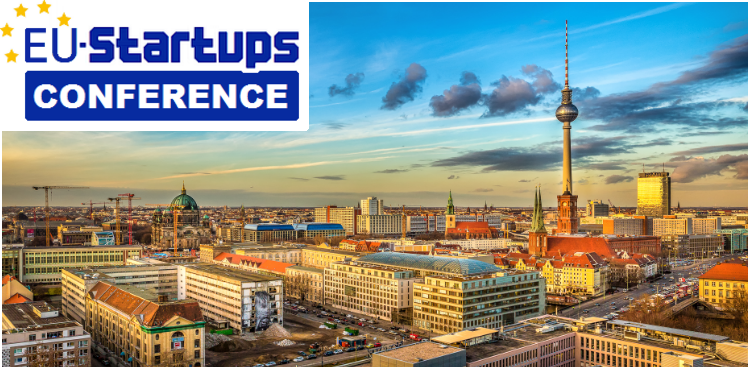 On April 13, we’re going to host the 4th edition of the EU-Startups Conference! It’s our annual flagship event where we showcase a selection of Europe’s hottest startups and where we come together to learn from some of the most successful European entrepreneurs of our time.

Thanks to our location sponsor HTW Berlin, the EU-Startups Conference 2017 will take place in the shiny HTW Audimax in Berlin. The event will be held between 11 am and 6 pm and we’re expecting 400 founders, startup enthusiasts, corporates, angel investors, VCs as well as media people. A great opportunity for networking!

The EU-Startups Conference is the perfect event for aspiring entrepreneurs and investors who are aiming to build international companies from within Europe. We will have fireside chats with internationally successful founders out of the Internet space and an exciting pitch competition with 15 startup teams!

At the EU-Startups Conference 2017, we’ll have several high profile entrepreneurs and investors among our speakers. Below you’ll find a short overview: 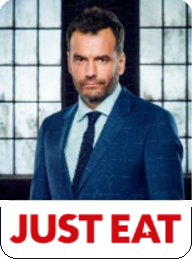 Jesper Buch started one of the worlds biggest e-commerce success stories which is known today as the just-eat.com group. The online food delivery marketplace Just-Eat today is one of the few “unicorns” Europe has and counts more than 2,500 employees around the world. In 2008 he retired as CEO, moved to Marbella (Spain) and became one of Europe’s most active angel investors. His impressive investment portfolio includes companies like Gomore, Autobutler and Vivino. Aside of his investment activities, Jesper also co-founded several other companies, like Miinto Group in 2009. Minto is one of the fastest growing online fashion companies out there and operating in 7 countries. Jesper is also a dragon in the danish version of dragons den / shark tank. Last but not least, Jesper was rated no. 27 on WIRED´s top 100 list of the most influential people in tech.

At the EU-Startups Conference, we’ll have a fireside chat with Jesper and talk about his entrepreneurial journey and his learnings as an investor. 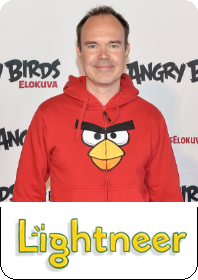 Peter Vesterbacka: A few years ago, Peter Vesterbacka made it on the TIME Magazine’s list of the 100 most influential people in the world. As the Mighty Eagle and CMO of Rovio Entertainment, Peter helped to make the Angry Birds franchise one of the most popular games of all times. Rovio is a Finland-based company which eventually became the world’s leading provider of mobile entertainment. Peter also co-founded MobileMonday and Slush. Today, Slush is one of the biggest startup events in Europe and recently started to expand to Asia (Tokyo and Beijing). In June 2016, Peter Vesterbacka left Rovio to pursue a new startup. He since joined the educational games developer Lightneer as co-founder and “brand breaker”.

At the EU-Startups Conference we will speak with Peter about brand building, the mechanics of the games business and the startup world. 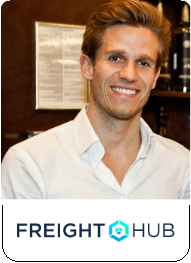 Ferry Heilemann and his brother Fabian founded DailyDeal – the first European couponing portal, which they sold to Google for about $114 million after 22 months. In early 2013 Fabian and Ferry repurchased their company from Google and used the nucleus of DailyDeal to build Heilemann & Co (Sales, Recruiting, M&A, Marketing Agency for Internet Startups) and conduct a majority investment in pepperbill.com (iOS based POS System for Restaurants). After turning DailyDeal profitable, they sold all businesses in 2015 to make room for one new company, which is FreightHub. Ferry is leading FreightHub – the digital Freight Forwarder for the 21st century – as Co-Founder and CEO.

At the EU-Startups Conference, Ferry will share his learnings from DailyDeal and FreightHub on how to scale a startup in a competitive market environment. 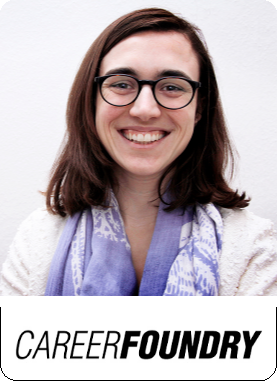 Raffaela Rein is the founder and CEO of CareerFoundry, Europe’s leading online school for UX/UI Design, Web & Mobile Development. The Berlin-based company was founded in 2013 and already employs a team of more than 50 people. So far, CareerFoundry has raised about $6.5 million in venture capital. Before starting CareerFoundry, Raffaela worked as an Investment Strategist for BlackRock in London and launched companies for Rocket Internet and Axel Springer.

At the EU-Startups Conference, Raffaela will share her learnings on how to build an UX-led company. 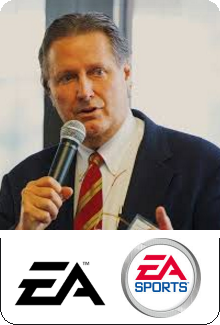 Jeff Burton is a co-founder of Electronic Arts (EA). He started his career as the third employee of Atari’s International Home Computer Division, responsible for its business development throughout Europe and the Middle East. Later, he joined former classmates to start Electronic Arts, which eventually became one of the worlds biggest game publishers. Under the brand of EA Sports, the company published famous game titles like The Sims or the FIFA Football series. At EA, Jeff led the company’s international expansion from inception until its IPO 7 years later. Jeff was also actively involved in the start and scale process of several other tech companies. Later on he served as the Executive Director at SkyDeck, the startup accelerator of Berkeley University. Jeff obtained his undergraduate education and MBA at Stanford University and has lived in the Bay Area for the past 40 years. Among other projects, Jeff today serves as President of the Advisory Board of ABC Venture Gates.

At the EU-Startups Conference, Jeff will do an inspirational talk about his entrepreneurial journey, his learnings down the road and his current projects. 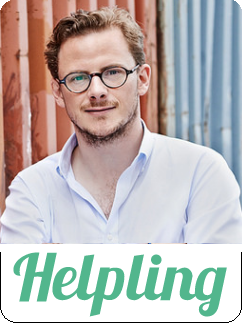 Benedikt Franke is one of the two Helpling founders. Started in 2014 and headquartered in Berlin, Helpling is Europe’s leading marketplace for booking household services online. The young company already employs a team of more than 200 people globally. Helpling is active in 9 countries: Australia, Germany, France, UK, Ireland, Italy, the Netherlands, Singapore and the United Arab Emirates. Benedikt and his team raised over €67 million in funding and created one of the fastest growing German startups in recent history.

At the EU-Startups Conference, Benedikt will share his learnings about the challenge of fast growth and how to fix the growing pains of a startup. 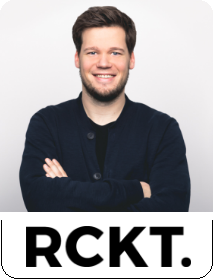 Nils Seger is the founder and Managing Director of RCKT. – the Digital Consultancy of Rocket Internet. The Berlin-based PR and consulting platform guides brands and businesses into the digital age. RCKT. works closely with startups, innovative tech companies and big corporates. Before founding RCKT. Nils was the Global Head of Communications at the e-commerce giant JUMIA and also served as Vice President of Communications at Rocket Internet.

At the EU-Startups Conference, Nils will do a keynote speech on “The role of communications in the startup industry – how we can learn from good and bad communicators”.

Additional speakers might be announced in the coming weeks. If we already got your attention and you’re able to be in Berlin at that time, we highly recommend you to purchase your ticket now!

During the EU-Startups Conference, we’ll also have a big pitch competition with 15 of Europe’s most exciting early-stage startups. The pre-selected startups are going to pitch their business idea within a 3-minute-presentation in front of the audience and an expert jury of well known investors. The winner will receive an awesome price package worth €17,500. The application phase regarding the pitch competition ended on the 12th of March. More info can be found here.

In contrast to the pitch competition, we’re going to bring 10+ investors on stage who will briefly introduce their investment firm/focus in front of our audience. A list with some investors who already signed up for the the EU-Startups Conference can be found here.

We kept it affordable: The two ticket categories we’re offering (€49 / €99) already include food and drinks during the event. Tickets can be purchased here!

Teamleader helps you and your team work smarter so your small business prospers. Bringing CRM, project management and invoicing together with an intuitive software solution, Teamleader enables your team to collaborate, organize and build your business.

Hiscox is a leading specialist insurer and offers tailored insurance cover for sole traders, freelancers or contractors, as well as small business owners. This includes professional indemnity for the specific business needs in IT, marketing and advertising, recruitment and management consultancy. Often, self-employed freelancers and startups are not sure what kind of risks they might face, and what cover they need. Hiscox does its best to explain what the different insurance policies can cover and provides excellent service to its clients. 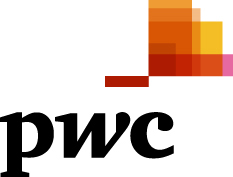 PwC NextLevel unifies the products and services PwC offers to startups and scale-ups. PwC Europe’s startup initiative has access to the global PwC Network (220,000+ people in 157 countries) and is able to help in every single facet of your business. PwC provides industry focused assurance, tax and advisory services to enhance value for its clients and their stakeholders.

OpenUp is the BNP Paribas Group initiative to foster collaboration with startups. It is a program and a digital platform connecting BNP Paribas employees working on innovation or business topics with startups worldwide. Our ambition is to co-create innovation together with fintech startups and build up the future of banking with innovative companies. 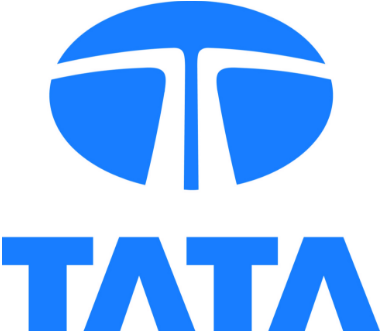 Tata group is a multi-sectoral global enterprise headquartered in India, comprising over 100 independent companies operating in over 100 countries. Tata has always been committed to innovation and helping the next generation of entrepreneurs, wherever it operates, through its various initiatives across Europe. Tata partners with NACUE to deliver the Varsity Pitch Competition, which is one of the UK’s leading graduate entrepreneur pitching competitions, while in the Netherlands Tata recently partnered with Team Academy to support EU-based student entrepreneurs.

Aruba Cloud, part of the Aruba Group and one of cloud computing leaders in Europe, offers startups the best Cloud technology and a three-year program to support them as they develop their business plans. By taking part in We START you UP, startups will have up to €9,000 of free Cloud credit, complimentary technical support, an European network of Data Center and many more exclusive benefits to help them in the market.

Wirecard is a global technology group that supports companies in accepting electronic payments from all sales channels. Using the Wirecard Checkout Portal, merchants can easily, quickly and cost-effectively select the individual payment methods they need and integrate them in their online shop. With the Checkout Portal, merchants benefit from secure payments with an integrated fraud prevention, a multilingual support, partner models and a transparent pricing.