twago, a Berlin-based startup in the space of “cloud working”, completed its Series A with $ 3 million in funding last June and is now driving its expansion into other relevant markets like France. twago is not only aiming to grow the business for clients, freelancers and agencies in France. The young company is also creating jobs in its international Berlin office: More than 10 percent are already French employees further growing.

twago acquires jobs and projects from companies as well as small and medium sized clients on its leading platform www.twago.com globally. Since 2010 twago has successfully acquired projects and jobs in the size of more than € 60 million. Clients have access to more than 168,000 freelancers and agencies from 177 countries. The company is already very successfully operating in Germany, Switzerland, Austria, Spain and Italy. 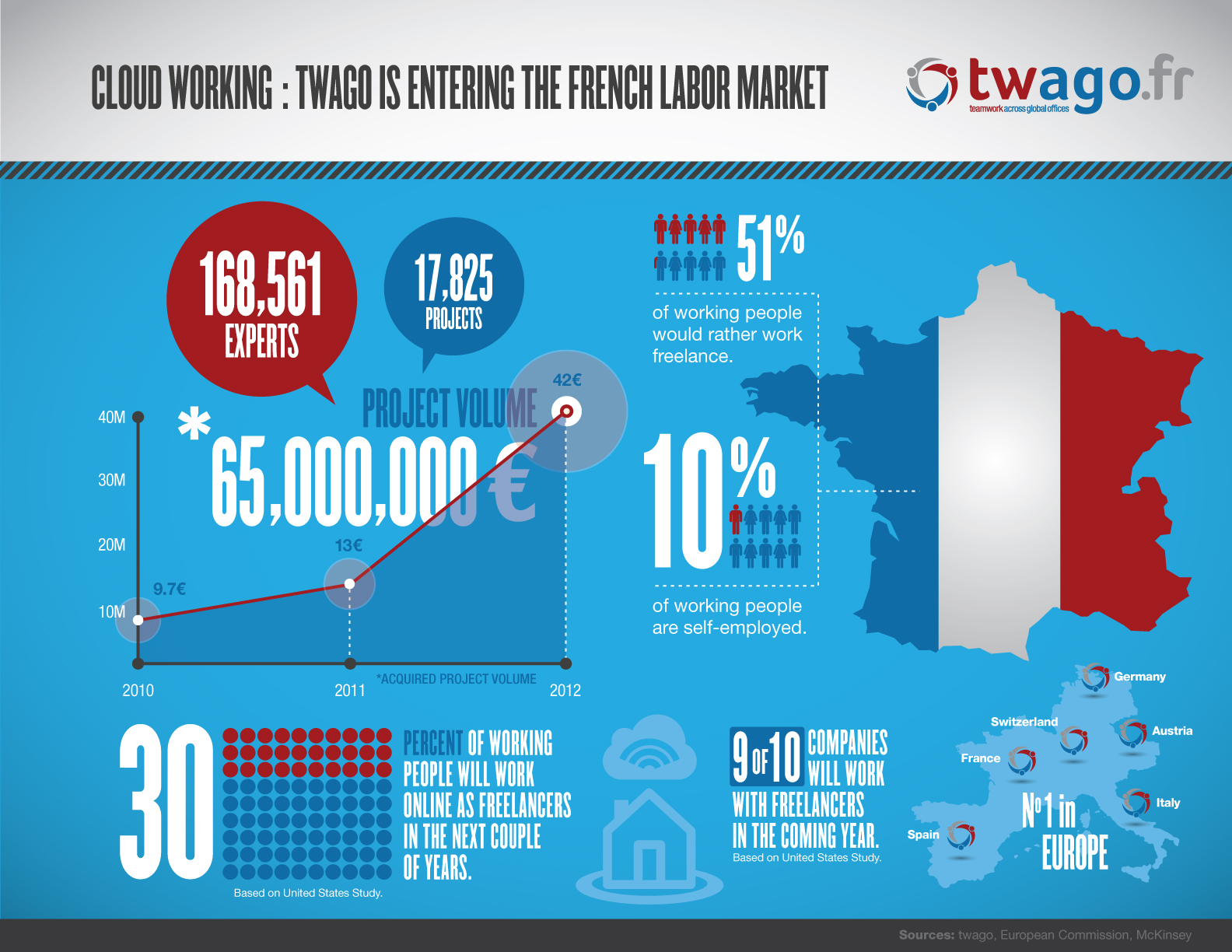 Gunnar Berning, CEO of twago, says: “France is an exciting and major market for twago. The country has such a big potential with approx. 10 percent of the working people in France being self-employed freelancers or agencies driving the French GDP every year. And the future is promising: A study for the US says that 30 out of 100 working people will work online as freelancer in the next couple of years, nine of ten companies will use the work of freelancers. We expect a similar development for the EU.”