Startups are springing up everywhere in Europe at an increasing rate. With the beginning of the new year, we took a look at major European countries and tried to come up with a list of 5 startups (each country) to look out for in 2013. We started with France – and it’s been hard to narrow this list down to 5. However we’ve decided to just go with 5 promising French startups out of different sectors. A couple of them are already big, some of them are still small startups. But they all have something special to add to the web experience in 2013.

1. Leetchi: The Paris-based social payments startup Leetchi.com secured €4 million Euro in a series B round which took place in 2012. The promising company primarily used the fresh capital for the expansion to the UK and Germany. Since Leetchi is now available in French, German and English, the young company, which was founded in 2009, is on a good path to become a big and truly European player in the space of group payment solutions. Leetchi allows users to collect and manage money for a group – which is very usefull if you try to collect money for a group gift, a bachelor party or other things.

2. Mailjet: Is one of the younger but at the same time also one of the most promising French startups. The Paris-based company helps you to improve the deliverability of your emails. Whatever the email you send (transactional or marketing emails) Mailjet transparently makes your message reach its recipient and offers you tracking and monitoring tools (real-time flow and visual reports). The startup raised $3.3 in a series B round by the end of 2012. The funding will be used to improve Mailjet’s product and to grow the team internationally.

3. Lengow: The Nantes-based startup Lengow.com offers a web interface that allows online merchants to centralize, optimize and track the distribution of their product catalogues on all online distribution channels – including comparison shopping sites, affiliate networks, marketplaces, sponsored links and social networks. Now present in many countries worldwide, Lengow’s system is indexing over 68 millions products every day and 15,000 feeds on more than 750 supports in the world.

4. Pearltrees: The Paris-based social curation startup Pearltrees, which was founded in 2009, describes itself as “a place to collect, organize and share everything you like on the web”. The young company aims to create an “interest graph” wich enables users to make social connections based on shared interests. Pearltrees allows you to create networks of “pearls” on screen. Each pearl is a link to a piece of content wich then can be connected to other pearls. The startup raised an additional financing round in 2012 – worth €5 million. It’ll be exciting to see what Pearltrees will do with this much capital during 2013.

5. Ofertaldia: Aims to provide you with the best offers and temptations available in your city based exclusively on your own pre-defined preferences. The young company, which was founded in 2009, is focused on bringing benefits to both users and partners. Ofertaldia offers an additional sales and Internet presence channel for its partners while simplifying the lives of users of users providing them access to great (and personalized) offers in their local communities. In 2012, Ofertaldia, which is also based in Paris, received $180k in Seed funding.

More promising and more early-stage startups from France can be found here. By the way: If you’re a corporate or investor looking for exciting startups in a specific market for a potential investment or acquisition, check out our Startup Sourcing Service! 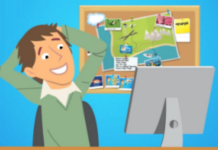