Roundup of the top French startup news of 2019! 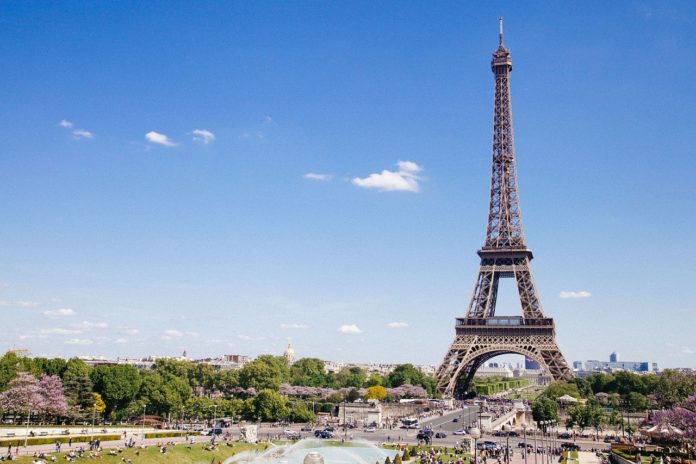 So 2019 is almost over and what a great year it has been for the French startup scene! Newly minted unicorns, record investments and the new ‘tech talent visa schemes’ are among the highlights of this year. Here is our roundup of the top French Startup News in 2019 to close the year on a positive note.

Doctolib, a platform where people can book an appointment with medical professionals, achieved unicorn status in March 2019 when it raised a Series E funding of €150 million, bringing its post-money valuation to €1 billion. The round was led by General Atlantic, with existing investors Accel, Eurazeo, Kernel and Bpifrance also participating. Doctolib, founded in 2013, has since been operational in Germany and continues to grow both its telemedicine (consultation via phone) service in France, in addition to its booking platform.

Meero’s €230 million Series C funding in June 2019 was the most raised by a French startup this year. It catapulted this marketplace startup, which provides online editing and production tools for photographers, into unicorn status. Eurazeo led the round with more than €50 million and investment companies Prime Ventures, Avenir Growth, Global Founders Capital, Aglaé Ventures, Alven, White Star Capital and Idinvest Partners also participated in the fundraising. Meero, founded in 2016, has opened its platform to photographers, established a new office in L.A. and is on-track to increase its workforce to 1,200 employees by year-end.

As of March 1, 2019, the new, more open French Tech Visa became available for startup employees, founders and investors. For startup employees, the visa is unique and offers an easier hiring process, as employees are not required to hold diplomas or belong to a “metier” (profession) to be hired. It also automatically covers immediate family members, meaning spouses and dependent children. Additionally, unlike many work visas, the hiring companies do not have to show proof that they spent time finding the talent in the country.

The French Tech Visa is valid for 4 years and is renewable, plus employees need not spend those 4 years tied to a single employer. The visa itself is free, with filing fees amounting to roughly €368, and it will not require a lawyer to prepare. Another benefit is that the process is similar regardless of nationality of the applicant, and there are additional concessions for companies belonging to the Pass French Tech, a list of the fastest growing French startups compiled by La French Tech.

This new visa can also be used by founders to start or bring their companies to France as well as for investors wanting to invest in companies in France. Details and requirements are available here: French Tech Visa.

Mega-rounds are traditionally defined as funding rounds of €90.7 million or more. But for French startups who traditionally attract smaller ticket funding, funding rounds from €45 million can already be considered huge. Aside from the funding received by the startups that turned unicorn, 2019 brought a record number of over 15 startups receiving mega-rounds. Here are some of those startups:

Ynsect, founded in 2011, is a startup that farms insects and transforms them into high quality ingredients for aquaculture and pet nutrition. Ynsect closed a €125 million Series C round in February 2019 with investors Talis Capital, Bpifrance, Demeter Partners, Idinvest Partners and Quadia.

ManoMano, a gardening and DIY platform founded in 2013, raised a €110 million Series D round in April 2019. The investors for this round were General Atlantic, Eurazeo and previous investor Partech Ventures, Piton Capital and Bpifrance.

Wynd, provider of an omnichannel cash-in and logistics platform founded in 2014, bagged a mega-round in January 2019. The €72 million Series C round was led by Natixis Alven, and also had participation by Sofina, Orange Digital Ventures, and Sodexo Ventures.

PayFit, founded in 2015, simplifies payroll management. It automates payslip generation including tax deductions and social contributions. PayFit raised a €70 million Series B round in June 2019 from Bpifrance and Eurazeo.

Overall, the year 2019 is set to bring in the highest amount of funding received by French startups with YTD funding totalling €4.7 billion, already €1.1 billion higher than 2018. Bpifrance, the government funding agency reports a rise of 4.3x in funding since 2013.

In 2018, the prominent President of the Republic, Emmanuel Macron, rolled out the red carpet for startups and the business community with his “Choose France” initiative. Now in its second year, the Choose France summit in January 2019 showed a renewed commitment by the French government to make France more attractive to businesses and global talents. Attended by more than 150 of some of the world’s most influential CEOs, 18 French regions have also been invited, as well as a number of important players that actively contribute to the economic dynamism of France and its regions.

Building on the 2018 edition, this year the initiative added the new French Tech Visa on top of government sponsored measures supporting startups. The year 2019 saw the impact of measures like standardized severance caps, flexible company level bargaining and simplified contract termination take effect.  Other significant initiatives include a €1.6 billion public investment fund including €300 million earmarked for deep tech and 30% deduction of R&D expenses, 30% capital gains tax, the elimination of wealth & exit taxes and a 25% corporate tax rate by 2022. This makes France a country with the most favourable tax incentive among OECD members In addition, a comprehensive legal, tax and regulatory framework for ICOs has been created. The newly launched French Tech 120 program unlocks access to dedicated “startup correspondents” across key ministries & agencies to fast-track services, procurement & invitations to join the President on foreign visits.

Maricel Sanchez
Maricel Sanchez has over 10 years of experience in various fields including trading, supply chain management, logistics and manufacturing. As well as helping startups to raise funds, she is an award-winning public speaker and the current President of Toastmasters Nice, a bilingual club that promotes public speaking and leadership.
RELATED ARTICLES
EU-Startups Podcast

“Romania is a country that truly shines”: Interview with business angel and serial entrepreneur Grégoire Vigroux