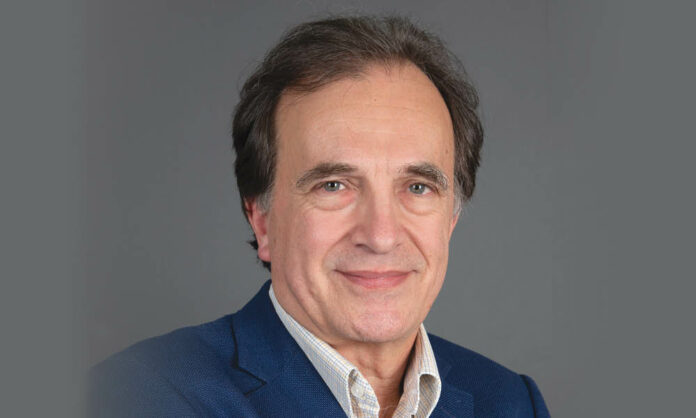 Pioneering climate and energy data analytics startup Kayrros has just raised €40 million in part of its goal to help companies and policymakers achieve their sustainability goals.

Participants in the round include the French government, acting through French Tech Souveraineté. The programme is part of the France 2030 framework led by the General Secretariat for Investment (SGPI) and operated by the French Public Investment Bank (Bpifrance). Other investors were the European Investment Bank (EIB); NewSpace Capital; Opera Tech Ventures, the VC arm of BNP Paribas group; and Kayrros’ historical investors.

Founded in 2016, Kyrros leads Earth observation analysis for a better understanding of natural resources, industrial assets and the environment. With collaborations with the National Center for Space Studies (CNES) and the European Space Agency (ESA), Kayrros aggregates and analyses vast amounts of public, satellite, and geolocation data to unearth critical environmental intelligence. Kayrros technologies for measuring climate and environmental impacts include the monitoring of methane, biomass and carbon.

Adrien Muller of Bpifrance said: “The availability of reliable near real-time climate data is a strategic advantage for a country’s energy security, sustainability and economic growth. Relying in part on public data from the European Space Agency, Kayrros and its partners have built a toolbox to fight global warming, the adoption of which must be accelerated. It is in this capacity that Bpifrance supports this operation.”

The fresh funding contributes to the construction of a ‘New Space’, which is made up of a variety of actors financed by both private funds and state agencies and who are promoting spatial sovereignty in new terms. Further, with funding provided by French Tech Souveraineté, this investment marks a crucial part of the France 2030 agenda.

France 2030 is a governmental investment plan reflecting a dual ambition to sustainability transform key sectors of the economy through innovation – placing France as a leader in innovation for the future. We took a look at how this would impact France’s startup scene at the beginning of this year, so it’s great to see how climate tech disruptors Kayrros are now being supported by this initiative. France 2030 is truly unprecedented, committing €54 billion of investment into startups and new innovators.

The support provided to Kayrros by French Tech Souveraineté, of which this is the first investment, also expresses France’s desire to work with both established players and new entrants to meet the challenge of future space explorations.

Antoine Rostand, Kayrros President, commented: “This funding brings together several fields of relevance to Kayrros, starting with the public sector represented by the European Investment Bank (EIB) and Bpifrance through French Tech Souveraineté. Their participation underscores the importance of the New Space sector for French and European climate policy, as expressed by President Emmanuel Macron in his presentation of European spatial strategy.”

The funding underscores Kayrros’ governmental support and longevity and brings the funds raised by Kayrros since its founding in 2016 to €72 million. The funds will support Kayrros’ groundbreaking geospatial detection technologies, which analyse satellite images and other data to assess the climate impacts resulting from economic activity. It will be used to accelerate the company’s commercial development, fostering its global leadership of the geospatial monitoring industry essential for addressing the climate crisis.

Ambroise Fayolle, Vice President of EIB, added: “Energy security and the carbon footprint are key issues for the public and private-sector. Kayrros has built powerful solutions to tackle these challenges. Kayrros’ objectives are aligned with European economic and climate policy and EIB is happy to support Kayrros in the pursuit of these goals.”

Reinvesting in Kayrros for this round, Jacky Abitbol, Managing Partner of Cathay Innovation, said: “Climate change mitigation is at the heart of government and companies’ concerns which is why they are increasingly seeking to turn their commitments into measurable results. Thanks to its artificial intelligence-based technology, Kayrros’ platform empowers organisations through actionable information to tackle our era’s greatest challenge.”