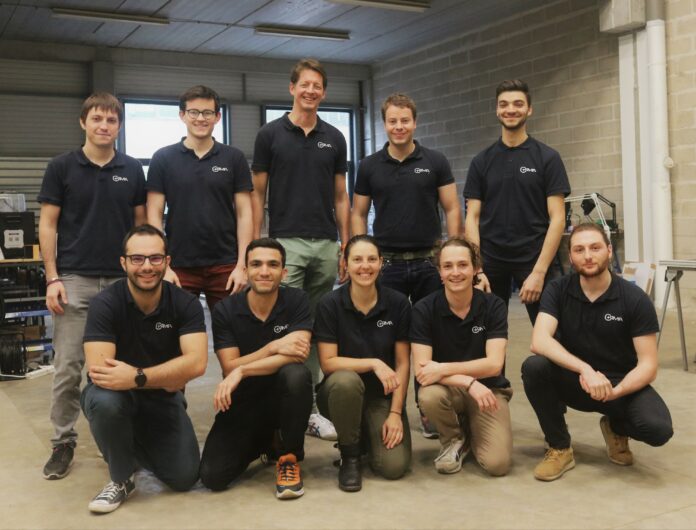 Gama’s mission is to revolutionize space transportation through using low-cost, reliable and scalable solar sails. The startup was founded by Louis de Gouyon Matignon, Thibaud Elziere and Andrew Nutter, who are all life-long space enthusiasts.

Thibaud Elziere commented: “In 1999, I wrote my school thesis on solar sails in partnership with French Space Agency (CNES) researchers. Since then, the passion has never left me and I had only one obsession, to go from theory to practice. In 2020, I contacted a research group in France, the U3P (Union pour la Promotion de la Propulsion Photonique), who put me in touch with Louis, a young entrepreneur with the same dream.”

Solar sails allow spacecraft to be powered purely by sunlight and accelerated to unprecedented speeds. Gama is offering its photonic propulsion technology for commercial and scientific missions to explore and exploit resources in our Solar system. Photonic propulsion uses the pressure produced by photons when they bounce off a reflective surface. This force is weak, but when applied to large surfaces, can induce non-negligible effects.

Jordan Culeux, leading the first mission, explained: “In the void of space, with no air friction, a continuous force (even a small one) applied to a spacecraft induces a constant acceleration and continuously increases its speed“.

In theory, a solar sail could accelerate to 20% of the speed of light. Similar to maritime sailing, it is the position of the sail in relation to the Sun’s rays that will determine the trajectory of the craft. As with a conventional sail, it is, therefore, possible to move away from the Sun but also to get closer by sailing “upwind”.

Unlike conventional chemical or electric propulsion systems that need to carry fuel, photonic propulsion draws energy purely from the Sun. Spacecraft using this form of propulsion are thus less massive and can be accelerated continuously with a virtually infinite source of energy. This enables missions to reach more distant objectives at a significantly lower cost. These characteristics make it possible to envisage new commercial or scientific missions to explore and even exploit resources in our Solar System.

Louis de Gouyon Matignon added: “This is an emerging technology and there have only been a handful of successful solar sail projects so far. It is attracting the interest of the major space agencies and we are aware that NASA and JAXA (the Japanese Space Agency) are working on similar projects”.

The fresh funding gives Gama the chance to fund their first mission – launching at an altitude of 550 km to demonstrate the deployment of a 73.3m2 solar sail. This sail will be deployed from a 6U CubeSat satellite launched in October 2022 by a SpaceX Falcon 9 rocket.

This is certainly a piece of exciting funding news for European space tech and represents a new age of innovation in the sector. To infinity and beyond!

Andrew Nutter, Gama co-founder said: “Private companies are proving that space innovation can happen fast, unlocking vast commercial opportunities. We are delighted to have the support of the BPI, the CNES and some illustrious Business Angels to reach an important milestone. This mission will be followed by a second launch in 2024 at a higher altitude to deploy a larger sail and demonstrate control and the onboard navigation system. In 2025, we will become one of the very few to explore further, at significantly lower cost, with a mission to Venus.”

Estonian startup UP Catalyst to start producing oxygen on Mars, with support from the European Space Agency