In recent years, South Korea has become one of the most innovative countries in the world thanks to its strong and growing commitment to innovation particularly through its current “Creative Economy” initiative. It aims to support entrepreneurship and start-up businesses by fostering growth in the Korean start-up ecosystem.

Since 2013, the Korean government has been injecting around $2 billion each year into its start-up ecosystem in order to boost entrepreneurship, foster its venture industry and encourage international cooperation. The country has now become a start-up powerhouse and continues to cultivate a freewheeling ecosystem.

After the successful launch of its Creative Economy initiative, South Korea’s government has decided to go one step further by creating its first accelerator programme designed for international entrepreneurs from all across the globe.

This programme, called the K-Startup Grand Challenge 2016, is sponsored by the MSIP (Ministry of Science, ICT and Future Planning) and coordinated by the NIPA (National IT Industry Promotion Agency) and several innovation centres, including KIC-Europe (the Korea Research & Innovation Centre of Europe).

The driving idea behind this project is to endorse the inflow of promising foreign start-ups interested in the Korean or the broader Asian market through a 3-month global start-up acceleration programme and then through a 6-month settlement programme. Ultimately, this initiative aims to promote the expansion of an open entrepreneurship ecosystem in Asia and to assist in South Korea’s evolution into a prominent start-up business hub in the region and in the world.

The programme works as follows: 80 teams from all over the world will be joining a one-week pitching session in August 2016 during which they will perform a pitch in front of local and foreign experts. At the end of this session, 40 teams will be selected to take part in the three-month acceleration programme, led by SparkLabs, DEV Korea, Shift and ActnerLab, four of Korea’s most successful accelerators. This programme consists of 1on1 mentoring sessions with 15 leading Korean tech companies – including Samsung Electronics, LG Electronics, Kakao, and Naver –, a free project and office space, a soft-landing package of more than $4K per team and per month and constant exposure to local startups and the largest Korean conglomerates. A demo day will take place in December, after which 20 startups will be selected for the six-month settlement programme. During this last stage of the K-Startup Grand Challenge 2016, the 20 winners will receive $33K in funding from the government, with the top 4 getting an additional $6K to $100K. The startups will also benefit from intensive mentoring and networking support and will be given access to free working spaces.

All teams – from the pitching session through the settlement programme – will work out of the Pangyo Global Startup Campus, located in the Pangyo Valley, a large innovation cluster home to numerous Korean startups and corporates.

The K-Startup Grand Challenge 2016 will accept applications until 14 June, after which KIC-Europe will be coordinating the selection of up to 30 European tech startups with a strong interest in the programme. Although all tech sectors are accepted, a stronger focus is put on gaming, fintech, bio-tech, software, IoT and ICT.

For more information and to apply for the the K-Startup Grand Challenge, please visit the programme’s website. 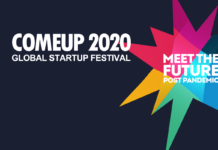 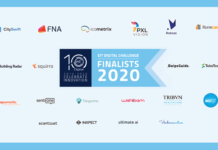 Meet the 20 European scaleups that made it into the finals of this year’s EIT Digital Cha... 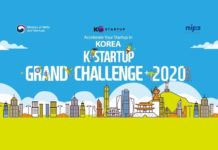 Ready to scale up in South Korea and Asia? Join the K-Startup Grand Challenge (Sponsored)

Apply now to join the finals of our big Pitch Competition at the EU-Startups Summit in Barcelon...

Pitch your startup at the EU-Startups Summit in Barcelona!