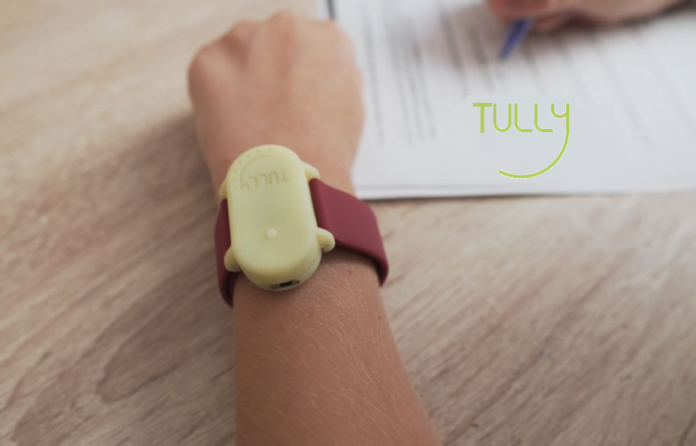 The healthcare innovation that the international jury panel of the EIT Health InnoStars Awards has found the most promising in 2021 is Tully, an Emotion Management Smart Assistant. The Romanian startup shared the podium with Appercell from Hungary and Nanoker from Spain, who won the second and third prize respectively. The Grand Final, held on October 27th at the BIO-Europe Digital event, marked the fifth edition of one of EIT Health’s flagship acceleration opportunities.

Stress is something that affects each and every one of us, and the daily challenges often seem very hard to cope with. Imagine, how difficult this may be for children affected by Attention-Deficit/Hyperactivity Disorder (ADHD). In Europe and the USA there are 8 million children living with ADHD, which has a negative impact on their ability to learn, on their self-esteem and their social inclusion.

Tully is a wearable device that acts as an early warning guidance system for children, calculating an overall level of stress. When an emotional flare-up is imminent, it alerts the child and guides him or her back to a calm state through a series of relaxing exercises. All the data is collected and processed and made available for psychologists, allowing them to objectively evaluate and improve the therapeutic process. Tully empowers children to manage their emotions.

“Participating at the InnoStars Awards has been one of the most exciting journeys of our professional lives. We got invaluable feedback from industry experts during the months of training and mentoring. It has been a game-changer for us and with all the professional and financial support that we received we look forward to convert our idea into a viable enterprise. We hope it will positively affect the health of many children all across Europe” – said Marius Rus, co-founder and CEO of Tully, who successfully participated in the 2020 EIT Health RIS Innovation Call programme besides winning InnoStars Awards this year.

The 15 semi-finalists were selected from 162 startups and qualified for the bootcamp series. The competition provided a combined 400 hours of intensive training, networking and mentoring for teams that at least had prototype of the healthcare innovation. Apart from it, selected teams have the chance to make vital connections, attract investors and receive professional and financial help to speed up the time-to-market of their product or service.

In this year’s finals the top 10 was hit by Spain, Hungary and Romania (2 teams each), followed by Poland, Estonia, Italy and Portugal. Just like last year, Romania and Hungary had a strong presence! As for the innovations, we can, too, observe some interesting trends compared to the previous year, such as the recurrent presence of products and services aiming to boost fertility, mental health and assess the state of the heart.

“During 5 editions of the InnoStars Awards 75 teams received ‘a starter pack” – a mix of training, networking and funds. It’s a basic toolkit which put the early stage innovations on the fast line. There are thousands of promising ideas that could revolutionise healthcare or biotechnology, but they will be stacked in the drawers if not put on the right tracks. This is what InnoStars Awards does” – said Tamás Békási, who co-ordinates InnoStars Awards at EIT Health.

The second prize was awarded to Appercell, a Hungarian start-up which “helps pharmaceutical companies fail faster”. As András Bencsik, Co-founder and Head of Business Development explained, 90% of new drugs fail at the clinical trials because animal testing may not be conclusive in human application. Therefore Appercell developed a solution that aims to revolutionize biomedical research and drug development by commercialising a high-throughput microelectrode array system with automated data analysis platform, which enables faster, safer and more efficient drug discovery, while minimising the need for live animal experiments.

Nanoker from Spain received the third prize for developing Inperio, an advanced technical dental implant. Many adults have titanium alloy implants, which is very widespread, even though it’s painful, expensive and aggravates peri-implantitis. But change is on the horizon: Nanoker’s solution is metal-free and is based on a new ceramic nanocomposite. It could finally allow effective and superior substitution of widespread titanium based dental implants that aggravate peri-implant disease affecting not only oral health and implant survival, but patients’ overall health.

EIT Health InnoStars Awards 2022: Meet the winners who are shaping the future of European health