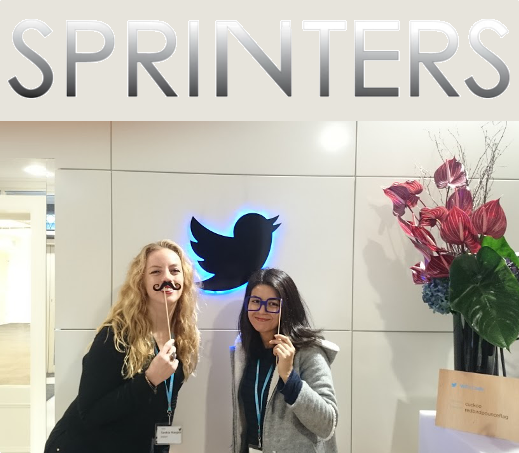 Sprinters, the three day hackathon for female founders, is expanding from Europe to India, launching their next program in Bengaluru. The hackathon is designed to support more women in the world of tech and entrepreneurship. Preliminary dates have been set for 20th – 22nd February 2016.

Co-founded by our writer Mevish Aslam, Sprinters gives women of any background and age the opportunity to not only dream but to create business cases by providing the resources and network to blossom as an entreprenHER.

The Sprint includes an online bootcamp covering essentials of launching a startup as well as a three day “healthy body, healthy mind” themed hackathon provided by healthy food and a yoga class on day two. Sprinters mission is supporting a diverse group of #EntreprenHERS and to sustain each Sprint.

The winning team from the Dublin Sprint, Symptomatic App won six months mentorship from prominent VC Brian Caulfield from Draper Espirit, an interview for NDRC’s launchpad accelerator, an interview at Irish Tech News, two tickets for the Web Summit and a support network to drive the team forward. Sympotomatic App is a health diagnostic app designed to document symptoms of Crohn’s Disease.

Out of the 22 applicants in Dublin a total of 11 nationalities were represented. Participants were from China, India, Zimbabwe, Brazil and of course locals besides other nationalities. A phenomenal result. Caroline Reid from The Irish Refugee Council echoed this sentiment by stating “small acts, such as opening up this event to young women who are in or who have been through the asylum process, that takes down barriers and helps with integration and in this case skill development.”

By coinciding each hackathon with a mainstream tech event in the city, Sprinters works the network and industry buzz in favour of generating support at each Sprint. For instance Blippar CEO, Ambarish Mitra will be joining Sprinters as a judge next month and will also be speaking at a tech event in the same week.

Ambarish stated: “India’s entrepreneurial scene has grown rapidly and established the Indian ecosystem as a fertile ground for programs like Sprinters. Leveraging this community to support female entrepreneurship is a fantastic initiative. Contributing to the progress of Women’s Empowerment has always been very important to Blippar and myself.”

The locus standi of women not only in tech but entrepreneurship is being revised by two ambitious women Mevish Aslam and Saskia Naujok. Despite working full time in startups the two ladies are taking Sprinters to new heights by launching Sprinters on a global scale.

“Startups are key to the twin digital and green transition”: Interview with Helen Kopman, Deputy Head of Unit for Digital Innovation & Blockchain, European...