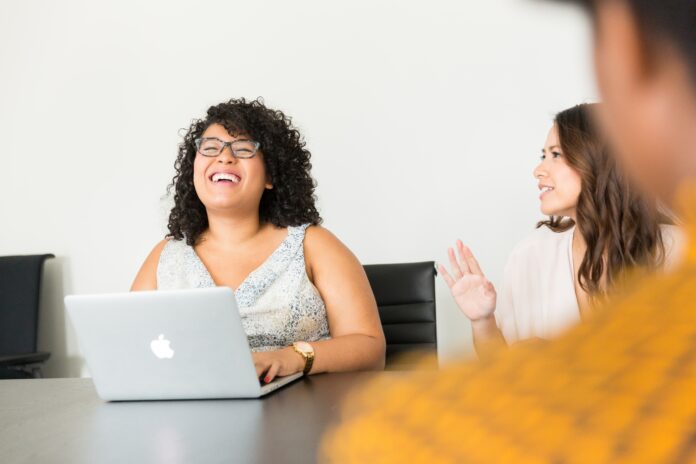 A couple of years ago, I was at a startup event in Amsterdam. It must have been 2016/17. The room was full of young, vibrant people from very diverse backgrounds. As the evening unfollowed, I got into many conversations. There is only one that very clearly stands out in my mind today.

I was chatting with a couple of tech startup founders, they were all men and all very excited about the challenges ahead. Not sure how it started but we began talking about women in the tech startup ecosystem. I got asked why there aren’t any women founders around. I remember not even getting a chance to answer, as they did it for me: ‘not enough smarts’, ‘no interest’, ‘no nerve to do it’. Needless to say, the conversation did not end on a good note.

The direct and unilateral viewpoint was what made me remember this conversation to this day. Quite extraordinary for the event and city I was in, everything was black and white and the fault was of those underrepresented. Not given a voice, not included in the conversation.

International Women’s Day has already passed, but what we can’t let slide is the continual promotion and excitement about women’s role in society, especially in tech innovation and amongst our startup community. There’s no better time to ask ourselves: has anything changed? Are we seeing more women tech leaders and founders in 2022? Do women founders have the same challenges as five or ten years ago?

If we look at various reports, the situation today is not in favour of women. For example, 25% of the leaders in the sample size used for the latest State of the European Tech Report are women, whereas 15% of the founders are women. And for every founder in the sample that is a woman, there are nine leaders that are women. By contrast, for every male founder, there are only 4.6 leaders that are men. The relative conversion from leader to founder is twice as high for men. And when it comes to investments, 86% of deals in 2021 across Europe were raised by all-men founding teams.

If we approach it from another angle, that of the talent in European tech, we can see that ​​women make up almost 30% of the least experienced or young leaders with 0-5 years of experience. By contrast, women account for only 16% of the most experienced cohort (20+ years of experience). On one hand, it’s positive to see that women make up nearly a third of the next generation of tech ecosystem leaders. However, it’s also a wake-up call to the industry to find the most effective ways to retain this talent and elevate it to the next level. The data brings into focus the importance of diversity and inclusion initiatives. It also showcases the need for tech companies to become more supportive of women to increase retention for the years to come.

In recent years though, we have seen many women tech founders succeed. We can think of Clare Jones the CCO of what3words, a London-based startup that is the world’s first addressing system designed for voice. Kike Oniwinde founder and CEO of BYP Network, a platform that connects black professionals with each other, and companies, startups and corporations. We can continue with Lupina Iturriaga co-founder and CEO of Fintonic, an easy-to-use app for organizing accounts and saving money and Madeleine Gummer v. Mohl co-founder and CEO of Betahaus, one of the leading coworking brands in Europe with a global network of 76 locations.

There are women thriving in venture capital as well, contributing to increasing funding for diverse teams – a critical step in promoting greater gender inclusivity. Women such as Eileen Burbidge Partner at Passion Capital, Susan Lin at Felix Capital, Emma Davies co-CEO of Octopus Ventures, Alice Zagury the co-founder and CEO of The Family, Kat Borlongan leading La French Tech and Luciana Lixandru Partner at Sequoia Capital. And the list does go on.

There is also a growing number of initiatives working to achieve diversity and inclusivity in the European tech ecosystem. Initiatives like 23code street in the UK, 50inTech in France or GirlsinTech in Switzerland offer access to knowledge and network. Fundright in the Netherlands encourages diversity at VC and founders level. Station F has built a program dedicated to early-stage FemTech entrepreneurs. And several initiatives such Women in Tech, Women in AI focus on building relationships.

We have seen these kinds of initiatives coming and going for the last 10/15 years. What they have achieved is difficult to put in numbers. Most are trying to solve an existing problem which is with no doubt very much needed. But how can we deal with the root cause?! We need to go to the beginning. In our homes or our schools. Telling our children that they can be princesses as much as they can be future astronauts. That they have the power to empower themselves. That they should build. That they can code. That they should fail. That going through a difficult situation can only make them stronger. That success is in their hands. And not only telling but supporting them in achieving whatever they put their minds to.

The challenge we have today is to take all this data and learnings and support women to get to the next level. To use the mechanisms at our disposal and propel existing organizations to do their part better or differently, and help in getting that conversion from leaders to founders twice as high.

At this year’s EU-Startups Summit, we are also making sure that diverse and female perspectives and voices are highlighted. We’ve organised a female-led fintech panel, ensured that we have a healthy representation of female speakers, and, we have talks that will discuss diversity inclusion and closing diversity and gender gaps.