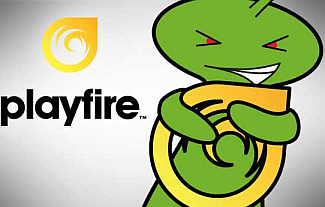 Green Man Gaming today announced the merger of its game store with the gaming startup Playfire. Both companies are based in London. The terms of this acquisition were undisclosed, however sources told TechCrunch that it “was a good deal for shareholders”.

Playfire, which was founded in 2007, is a huge and vibrant community of gamers – over one million of them, playing over 3.7 million games in the past month alone. The social networking app has been designed entirely for video gamers. Playfire allows you to connect your Steam, XFire, PlayStation and Xbox accounts to a single site tracking your game time and achievements.

The Playfire-team stated on the company’s blog: “As you know, we have big plans for how we want to develop and improve Playfire. However, as we’re such a small team, we’re not able to move as quickly as we’d like. We’ve been talking about this issue with our friends at Green Man Gaming, and they made us the offer of merging with them. Doing this would mean we’d be part of a much bigger dev team, and there’d be lots of resources for things like regular game giveaways, while still remaining an independent site. That last bit is really important to us. We want this partnership to improve Playfire, and that’s exactly what it will do.”