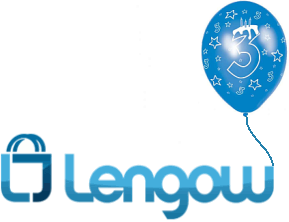 Lengow, which is financially backed by Alven Capital and Kima Ventures, currently counts 42 employees: 22 jobs were created over the past 12 months. Most recently, staff have been recruited in Canada with the opening of a North-American office and in Paris with the opening, in early 2012, of an office dedicated to the European operations. In addition to this, Lengow is about to hire several new employees in activity fields like sales, web development, etc. till the end of this year.

Michaël Froger (co-founder and CTO of Lengow) stated: “We are proud to create jobs. We feel like taking part to the domestic businesses with some pride which is emphasized thanks to the quality of the team. Every day, the team shows that this is the essential element to make a startup success”.

Now present in 14 countries worldwide, Lengow’s system is indexing 68 millions products every day and 15,000 feeds on more than 750 supports in the world. This way Lengow helps its over 800 clients (vs. 400 a year ago) to index and optimize their products catalogues in an optimized manner.

As Lengow enters its fourth year, the two founders still have big ambitions for the company. They are aiming to further develop the product to touch on new aspects of e-commerce and therefore propose e-merchants solutions which help them with their daily business. The ambitious team of the French startup wants Lengow to be known in the European and North American markets as the reference in the management of e-commerce products catalogues. Some changes for the staff are coming as well: the teams of Paris and Nantes are moving in brand new offices in the two cities.

We wish the two teams a great move and Lengow as a whole a happy 3rd anniversary!

Fueling the next phase of customer acquisition Cello raises €2.3 million to build its user-led growth platform