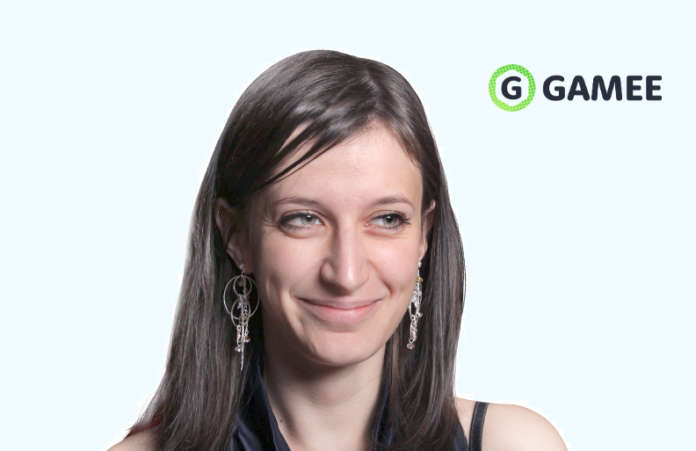 I recently met with Bozena Rezab, the founder and CEO of GAMEE, for a little interview to learn more about social gaming and her fast-growing company. The Prague-based social games startup was founded in 2015 and was able to secure $2.7 million in seed funding.

GAMEE today has over 6 million monthly users and 300 million monthly gameplays. Their product is a social gaming platform, which provides you to tons of free games playable with just a click. With GAMEE you can play in app, on web or directly in chat. Battle your friends and play all day.

Will a new market of casual social games emerge, distributed via messengers rather than app stores? Here are Bozena’s thoughts and a summary of the interview:

Bozena, what is GAMEE about?

We loved playing games as a family, however, as you grow into your career, you forget about playing and games and I missed that. With my co-founders, we saw that people download less new apps and spend more time with those they already have and that messaging and bots are becoming more and more popular.

With GAMEE we address this, we have created a global community of casual gamers that play games on GAMEE with a click, share and play with friends very easily. They either play in our apps or directly in messaging apps, using our bots.

Before Gamee, I worked for Youtube and that is also an inspiration for how we build GAMEE. Youtube made videos sharable and embeddable across internet. With GAMEE, we make games sharable and playable with friends across social media & chat apps.

What kinds of games are these? Who developed them now and in the future?

These are fast casual-style challenges, currently we have 70 games, from arcades to puzzle games, most are competitive arcade games and they can see their friends in the game (“ghost gaming“). Interesting is also, that our gamers play tens of games at the same time, so these short sessions combine into significant time spent on the platform.

We are currently developing these games but we want to open it up for other developers in the future.

How do you work with brands?

We cooperate with selected brands on creating and launching gaming content, typically these are global brands with lot of activity on social media, where games deliver engagement with their audiences.

For instance, we have created series games with NASA tied around space missions. One of them simulation puzzle game, where people navigated a rover on Mars and searched for water. This was launched on 4th anniversary of Mars Rover landing on Mars. This game was played by 16million people. Another collaboration is Manchester City football club, or fashion brand Bershka and back to school and Halloween-themed games.

What is your current team & fundraising status?

The team is now over 20 people, 4 cofounders, most of the team in engineering, building the platform. We have recently raised a seed round of $2.2 million from Initial Capital, Credo and Index Ventures. Our major focus is on growth of users and engagement. During next year, we will roll-out our current monetization tests.