10 European video game startups to watch in 2018 and beyond 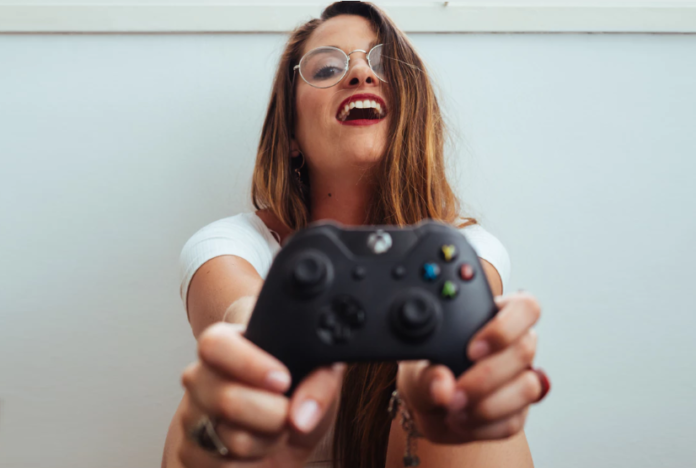 To say that the last 10 years have been a prosperous time for the gaming industry would almost sound like an understatement. Instead, it is safe to say that gaming is one of the best developing sectors in the tech industry (especially in the startup space) at the moment.

To understand the scale of the phenomenon, it’s not enough to note that sales have been consistently surging, but we must also appreciate how emerging realities like esports are now able to amass a global audience that will approach 427 million spectators around the world by 2019. And, this is just a fraction of the market we are talking about!

If we want to fully understand why gaming is so lucrative and popular we may want to have a look at the figures of people actually buying into it. The Global Games Market Report – done by the data analytics service Newzoo – has crunched the numbers and forecasts that 2.3 billion gamers across the globe will spend $137.9 billion on games by the end of 2018. This represents an increase of +13.3% from 2017. Digital game revenues include mainly – among other segments – Mobile gaming (expected to reach $70.3 billion), Console gaming (the second-largest segment generating $34.6 billion in 2018) and PC games (which will bring in $32.9 billion).

In the last few years, European startups have jumped on this lucky trend and have started competing on the world market against app makers, game developers and service providers from regions such as Asia Pacific and North America.

Within this article, we’re listing 10 emerging gaming companies from Europe that are already making big revenues and collecting big fundings in the field. These promising startups are clustered based on two categories: Companies developing and publishing their own games (both for pc/console and mobile) and companies offering services for interaction between users (both in-game and out).

Iron Mountain Interactive is not your average independent video game development studio. Born in 2017 and Headquartered in Vienna, the studio represents the second attempt of two Austrian gaming veterans, Michael Borras and Helmut Hutter, at founding their very own gaming startup. Teaming up with experts Philipp Seifried (ex-Bobblebrook) and Peter Ehardt (ex-Rockstar Games, ex-Sproing, ex-Socialspiel), who joined the company as co-founders, Borras and Hutter have finally managed to secure fundings for $3 million from China in the Series A financing round. The investor is Oasis Games Limited, a publisher of interactive, multi-player games based in Beijing. “The financing is being used to continue growing our operations and financing production on two PC/Console games, both with 2019 release dates”, says Michael Borras, CEO of Iron Mountain Interactive. We just can’t wait!

Playtonic Games is an independent game developer founded by a team of veteran game designers with an impress CV. Some of them have up to 30 years of experience in the field and, in the past, have contributed to the development of Nintendo’s Donkey Kong and Banjo-Kazooie sagas, and Xbox’s Viva Pinata, just to name a few. Founded in 2015 in Derby, United Kingdom, the company has launched their first original game in April 11, 2017 for Xbox One, PlayStation 4, PC, Mac and Linux. Yooka-Laylee was funded on Kickstarter in June 2015, raising an incredible £2.1 million from more than 80,000 backers. Yooka-Laylee remains the most funded UK games Kickstarter ever.

Svrvive is a Stockholm-based studio that develops VR/AR games. Born in 2016 the startup has already found funding for SEK15 million (about $1.5 million). The creative talents behind Svrvive are a bunch of self-proclaimed ‘immersive gaming nerds’ who, in just a few years, already managed to publish two titles: Kartong – Death by Cardboard!, and SVRVIVE: The Deus Helix. Both of them are immersive adventure them now available for purchase on Steam, Viveport and Oculus Home!

Resolution Games is all about developing fun, accessible and visually captivating games for everyone to play. The Stockholm-based startup was founded in 2015 and is extremely specialized: they solely work with VR and AR technology. This peculiarity has become their trademark and healthy obsession. That’s why their professed mission is to improve the status quo in the field with regards to both innovating the technology and improving the gameplay. With $6 million already secured in its pockets, we believe, Resolution Games is on its way to revolutionize VR and AR gaming as we know it.

Playsnak: Founded in 2015, Playsnak was born with an ambitious mission and a team of veteran game developers to match it. The founder and CEO, Paha Schulz, decided to pursue his vision for a “new kind of next generation gaming company”, which consisted in putting an effort into combining mobile gaming and VR technology. In less than a year and thanks to the convincing business model that he pitched around Europe, Schulz managed to get investors to fund seed investment for a value of $2.5M. A few months later, the Playsnak office opened its doors in Berlin, with the core team growing to include more industry experts. In just a few years of existence, Playsnak has already plenty of titles to its name (Wanted Killer VR, Shaman: Spirit Hunter, Neon Seoul: Outrun, Fantasy Squad) which egregiously focus on VR. You don’t have to believe us, just check out some of their games to see for yourself!

Snowprint Studios: Founded in 2015 in Stockholm, Sweden, Snowprint Studios is a collective of games industry veterans from the likes of King, DICE, Rovio, Unity, Zynga. The company focuses on mobile gaming and has recently developed its debut title, ‘Legend of Solgard’, an RPG adventure game packed with fascinating characters and exciting game modes, including a 4-world campaign, guild battles, and PvP arena. According to the company itself, Snowprint Studios aims to take the gameplay experience to richer, deeper levels while making “mobile midcore free-to-play games accessible”. The Snowprint Studio’s second game, codenamed “Project Idun”, is also underway. Meanwhile, in just two years the company has managed to accumulate SEK101 million (more than 10 million US dollars) in funding.

Skidos is a very different company compared to the others mentioned in this article. This startup is, in fact, devoted to developing educational games and mobile apps intended only for children. According to the company itself, “Skidos exists to change the traditional approach towards using worksheets for practice by making kids discover the fun in problem solving using a casual gaming environment they love”. The team, based in Copenhagen, is made of an international, ambitious and young bunch who has managed to raise a total of $1.2 million in funding over 3 rounds.

Challengermode is an esports platform where gamers meet to compete and socialize around the biggest PC and console games in the world. The startup was founded in 2014 in Stockholm, Sweden, with a mission to make ‘esports as accessible for non-professional gamers as regular sports are for regular people’. To achieve their goal, they have built a digital gaming arena which hosts both large and small scale, national and international competitions (among which you can find League of Legends and Counter-Strike Tournaments). They have teamed up with gamers, brands, organizers and game developers to bring the best competitive gaming experience for non-professional gamers on a single platform. Challengermode raised an impressive total of $9.7 million in funding over 4 rounds.

Dmarket: Founded in January 2017 in Kyyiv, Ukraine, Dmarket is a global marketplace based on blockchain and smart contracts. In other words, the platform is the first decentralized marketplace where you can trade all your in-game items globally. The marketplace enables one-click sale, exchange or evaluation of every virtual item, between all games, on any platform. With an extensive catalog of items, a generated web traffic of 1,118,004 monthly web visitors and an interface that looks straight out of your favourite sci-fi game setting, this marketplace is one of a kind. The company DMarket has raised a total of $19 million in funding in its only round and has already put it to good use.

Robot Cache: If you thought that the Canary Islands, Spain, were a mere vacation destination, you may want to think again. In 2018 in Santa Cruz, Tenerife, Robot Cache S.L. came to existence and this startup means business in the world of gaming. Founded just a few months ago, Robot Cache has already amassed an astonishing $3 million in funding. With this funding, the company aims to revolutionize the distribution of digital PC games by launching a decentralized video game marketplace, allowing gamers to resell their PC video games in exchange for IRON, their very own cryptocurrency. In addition, the Robot Cache client will allow gamers to mine IRON which can be used to purchase games. The startup is en route to becoming no less than the first blockchain-based marketplace for video games, ever.