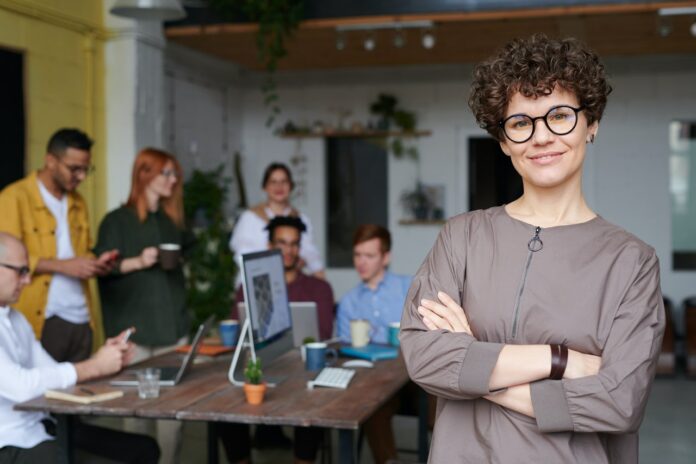 Female founders are often overlooked, but are showing outstanding passion and ambition to become leaders of initiatives, companies, and even entire markets and industries. Spain is home to a whole host of inspiring female founders, who are leading the way in sectors like cleantech, AI, fintech, femetch, and e-commerce, among others.

To shine a light on their achievements, here we’re highlighting 20 top female founders in Spain that are achieving great impact and building a stronger ecosystem. Each of these founders is leading an exceptionally fast-growing company with around 50-200+ employees, has raised funding, and is heading up something innovative and inspiring. Please keep in mind that it was tough to pick just 20 – there are many people out there doing great things who deserve recognition, and this is just the beginning.

Carlota Pi is co-founder and Executive President of HolaLuz. HolaLuz is the first online electricity marketer in the Spanish market. With several years of experience in renewable energies and companies with a digital business model, Carlota Pi co-founded Holaluz in 2010. She started as the CMO, then becoming Executive President in 2016, being the Head of Strategy, Marketing, and Fundraising. The company has grown to more than 200 employees and went public in 2019.

Mireia Trepat is CMO and co-founder of Freshly Cosmetics. Back in 2015, Mireia Trepat co-founded Freshly Cosmetics, a range of healthy, natural, 100% toxic, and detox free cosmetics. Originally a Chemical Engineer,  she’s the CMO leading the brand’s Marketing success and presence in Portugal, Italy, the United Kingdom, and France and growth to over 130 employees.

Rebeca Minguela is founder and CEO of Clarity AI. Founded in 2017, Clarity AI offers enterprise software for investors to solve the problem of inefficient and unequal allocation of capital. Rebeca Minguela has led the company to more than €30 million raised, over 90 employees, and being selected for the Harvard Innovation Lab’s Fall and Venture Incubation Program.

Lupina Iturriaga is co-founder and CEO of Fintonic, Founded in 2011, Fintonic is an easy-to-use app for organizing your accounts and saving money. Lupina Iturriaga, with a great passion for educating users about personal finances, has led Fintonic to more than €50 million raised, over 140 employees, and the Google Award for the best financial app. The fintech app, being a leader in Spain, Mexico, and Chile, is used by more than 900K users.

Eva Martin Villaro is co-founder of Tiendeo. Tiendeo is an online platform bringing together digitalized and geolocalized catalogs and weekly ads of major retailers. With previous experience in companies such as Siemens and Nestle, Eva Martin co-founded Tiendeo back in 2010. The company has become a leading platform with approximately 75 million monthly users, 198 employees, and 6 international offices located in Barcelona, México, Colombia, Brazil, and Argentina.

Yaiza Canosa is co-founder and CEO of GOI. GOI is the first logistics operator exclusively focused on the transport, assembly, and installation of bulky products (household appliances, furniture, televisions, etc.) throughout Spain. Yaiza Canosa has not only co-founded GOI in 2015, now with a team of 60+, she’s also co-founder and Board Member of GlueWorks and Glue Concept, and she’s also an Endeavor entrepreneur.

Ana Izquierdo is co-founder and CEO of Talent Clue. Talent Clue is a recruitment software, allowing the automatization and optimization of the entire hiring process, helping companies find talent in an efficient way. The company has raised over €5.5 million with Ana Izquierdo as CEO. Ana has over 20 years of experience in tech at Hewlett Packard and she’s also Founding Partner of VC firm Inveready, where she’s Member of the Investment Board and Board of Directors.

Victoria Blanco is founder and CEO of Ábaco. Ábaco is a fintech company providing financial services to people excluded from the financial system. Victoria Blanco founded Ábaco back in 2017 and has led the company to operate successfully in Latam, a hot region for fintechs, with team of around 70+.

Ana Villanueva is co-founder and CEO of Tiko. Tiko is an iBuyer, acting as an intermediary in house and property transactions. Ana Villanueva co-founded the project in 2017 with the aim of disrupting the bureaucratic processes of buying and selling homes. Ana has led the company to more than €50 million raised with a differential value of speed: customers receive a preliminary offer within 24 hours and a transaction can be completed in 7 days.

Laurence Fontinoy is co-founder and CEO of WOOM, alongside co-founder Clelia Morales. WOOM is a data-driven fertility startup aiming to revolutionize women’s health through technology. With 1 million users and 1.6 million downloads, the app has helped over 60,000 women get pregnant. Since 2015, Laurence and Clelia have led the growth of the company, driven by Google accelerator and SeedRocket, with over €4 million raised, landing €2 million in May 2020. Under their leadership, WOOM is now present in Spain, Latam, and the United States.

Elena Gómez del Pozuelo is co-founder of Womenalia and others. Born in 2011, Womenalia is a platform that operates as a network for professional women. The company has grown to more than 40 employees and has raised over €4 million with Elena Gómez as CEO. Elena is a serial entrepreneur, investor, President, and Board Member of several companies. With her expertise in e-commerce, internet, and digital marketing, Elena has 25 years of experience in leading internet businesses to great growth and success.

Elena Peyró is co-founder and CEO of Joinup. Joinup has been in the market since 2012 offering land mobility services to both companies and individuals, with over 100,000 users and more than 20,000 vehicles. Elena Peyró is a Civil Engineer with more than 20 years of experience in mobility and the belief that the future lies in shared consumption – the main reason she co-founded Joinup.

Sara Werner is co-founder and CEO of Cocunat. Cocunat is positioned as a global benchmark in the online market for toxic-free cosmetics, a concept that is used today by brands from all over the world. Since 2013, Sara Werner has taken the company to jump from a marketplace model to e-commerce and moving from the niche market to the mass market.

Alicia Asín is co-founder of Libelium. Libelium designs and manufactures technological solutions to make IoT possible. Alicia Asín co-founded the project in 2006 and since then, the company has grown to +45 employees. Over 2K developers from 115 countries in companies ranging from startups to international corporations have become users of Libelium’s hardware and software technology for projects in North America, Australia, Asia, and Europe.

Andrea Barber is co-founder and CEO of Rated Power. RatedPower offers cloud-based software for the design and engineering of solar plants. Founded in 2017, the software offers a fast and automated method, improving the profitability of users’ assets. With more than a decade of business experience, Andrea Barber has led the company’s presence in more than 100 countries, with offices in Madrid, a distributor in China, and an agency in Australia.

Cristina Bentué is co-founder and COO of IriusRisk. IriusRisk is an automated platform that performs risk analysis and creates a threat model of software applications. Cristina forged her career in tech startups between Barcelona and London before co-founding IriusRisk in 2012 to offer users a free and collaborative platform to share threat models of system architectures.

Andrea Oliver Garcia is co-founder and CEO of Emjoy. Emjoy is a femtech startup helping women find sexual happiness and fulfillment through guided audios. Since co-founding the startup in 2018, Andrea Oliver has led the team to achieve great impact in the sextech sector and raise €3.5 million.

Pepita Marín is co-founder and CEO of We Are Knitters. Since 2010, We Are Knitters is a manufacturer and provider of knitting kits, crochets, t-shirts, patterns, and other supplies. Pepita Martín quit her job at a multinational company to build her own company. Now the company plans to launch new products and reports a turnover of €15 million in the last 12 months.

For more founder inspiration, check out our recent article TOP 50: Europe’s most influential women in the startup and venture capital space.

Want to keep your finger on the pulse of Europe’s entrepreneurial stories, tech events and funding opportunities? Join the EU-Startups CLUB for more insider content just like this on tech trends, weekly funding rounds, free unlimited job postings for your startup, unlimited articles views per week, and lots of other perks.

Anto Guarin
Anto is the Startup Sourcing Manager at EU-Startups. She’s constantly on the lookout for promising startups and projects around the European scene. With a multicultural perspective, she's curious about culture, innovation and technology, strong impact projects, and creativity.
RELATED ARTICLES
Other Stuff

EU-Startups Podcast / Episode 15: The status quo and future of sextech – with the founders of Emjoy and Beducated

The rise of sextech in social isolation and its surprising effects