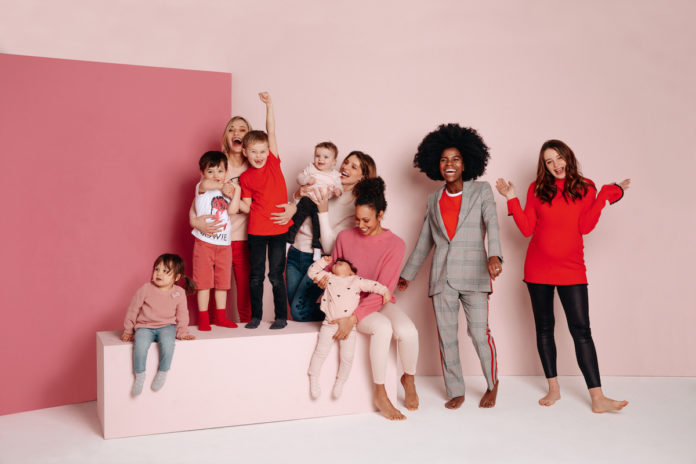 Femtech startups have grown to become some of the hottest startups out there. Even the word Femtech is trending, although it stands for something that has been around for quite some time.

For those who are not familiar with the lingo, femtech – short for “female technology” – are companies in the business of manufacturing and selling products catering to the needs of women, in particular women’s health. Typical femtech products and services include, among many others, wearable devices, medical treatments, informative apps and platforms, and female hygiene items.

Until very recently, discussion around women health’s issues (both mental and physical) have been surrounded by social stigma and misinformation. However, with the rise of companies focused on both solving and normalising female health issues, it seems that the tables have finally turned. Interest for the topic has, in fact, spiked among the public and venture capitalists and marketing strategies have consequently become bolder.

In anticipation of International Women’s Day we have decided to give even more visibility to 10 emerging companies that are improving women’s health around Europe.

In most cases, the companies that we found have also been founded by female entrepreneurs, or have a female CEO. That is, against all stereotypes: women helping other women out.

Emjoy – Founded in 2018 in Barcelona, Emjoy is a femtech startup that takes women on a personalized journey to find sexual happiness and gratification through audio guides. The audios in the app guide the users through sessions of autoeroticism and pleasure awareness practices in an effort to help women explore and expand their sexual wellbeing. The app also offers sensual storytelling, and online counseling for boosting self-confidence and self-acceptance. Co-founded by female entrepreneur Andrea Oliver, Emjoy Barcelona has raised a total of €1 million in funding over 1 round in July, 2019. The app is available to download on Google Play and Apple Store.

Peanut – Peanut (whose image is featured above) is an app for mothers to chat to, meet up with, and learn from like-minded women. Founded in London in 2016, Peanut is dedicated to building a network for mothers that share common interests and location. Peanut essentially works as a Tinder for mothers. However, instead of helping them find hot dates, internet trolls and total creeps, it helps them reach out to a mobile-generation of women who are mothers and happen to live in their neighborhood. Via the chat the moms that match up can chat and schedule meetups with or without their kids. Peanut was also co-founded by a woman, Michelle Kennedy, and has raised a total of €4.5 million in funding over 3 rounds, with the latest being in 2019. Plus, the app was featured in Apple’s ‘Best Apps of 2017’ list.

Apricity – Apricity is a femtech in the traditional sense. Through their app, the startup offers the services of a virtual fertility clinic and the expert guide of fertility advisors. Based in London, the company aims to improve chances for women and couples who have difficulties conceiving using Artificial Intelligence. To devise personalized fertility treatments, Apricity works with fertility clinics known for their proven medical excellence, success rates and commitment to patients. The project, started in 2016 and founded by Caroline Noublanche, was developed with leading global IVF experts and has raised the whopping sum of €6 million.

Lattice Medical – French startup Lattice Medical, uses bio-engineering to treat breast cancer survivors. Statistically, 40% of these women get a mastectomy to treat cancer but only 14% of them get breast reconstruction. That’s why Lattice Medical has started developing a bio prothesis, ‘Matisee’, which allows breast cancer survivors to reclaim their bodies and life back. ‘Matisse’ implants consist of 3D printed biomaterials and allow a natural reconstruction of the breast through regeneration of adipose tissues. Once implanted, the device patented by the startup fully degrades in the patient’s body and thus represents a valid alternative to silicon-based breast implants. Started in October 2017, Lattice Medical has raised a total of €2.3 million in funding.

Cocoro – Period underwear is a hit all over the world. Overseas companies such as THINX Inc. (from the US) and Modibodi (from Australia) have certainly made them popular but Europe has been fast to catch up with the trend. Founded in 2018 in Spain, Cocorintim is one of the many European startups using textile innovation to improve women’s daily lives. Cocorintim designs and produces absorbent underwear meant for menstruation and minor incontinence. The company, founded by four women, Clara Guasch, Cristina Torres, Eva Polío, Laida Memba Ikuga, rests on three main cornerstones: technology, feminism and sustainability. Cocorintim has raised over €415K in funding.

Coroflo – Coroflo, a medtech firm based in Dublin, has developed the world’s first breastfeeding monitor. Currently, only established method of measuring breastfeed is pre- and post-feed weighing, which many say is inaccurate. The Coroflo device helps new mothers understand how much milk their babies are getting, with real time data tracked on their phone. Its patented sensor, Coro, is non-invasive, tiny and it doesn’t need wires nor chargers, as the unit is completely self-contained. Founded in 2016 by Dr. Helen Barry, who has 15 years clinical experience, and James Travers as CTO, alongside Rosanne Longmore as CEO, Coroflo has raised a total of €3.8 million in funding.

Kheiron – British startup, Kheiron, has a very clear idea of what their objective is: seeking a new understanding of cancer and how to detect it using artificial intelligence and human insight. Thanks to their breast cancer screening product Mia, the London-based medtech has made significant breakthroughs in the field of what they call ‘precision radiology’. The company works closely with radiologists to build products that help the specialists in real-world, everyday practice and diagnosis. Their solution based on machine learning technology promises to give every woman a better fighting chance against cancer. Founded in 2016, Kheiron has amassed an impressive total of €19.8 million in funding.

Gazella – Spanish startup Gazella is a fitness app designed specifically for women and their monthly cycles. It aims to revolutionize the way women worldwide practice fitness activities thanks to targeted training plans that automatically adjust based on menstrual-cycle. Whats more, its nutrition side of the app has been designed by Marta Verona, who was winner of MasterChef Spain. Launched in 2018, the app is available on Google Play and Apple Store, and has gained recognition from media like Glamour, Cosmopolitan, Women’s Health and InStyle. So far, the team has raised a total of €131.4K in funding.

Cirqle – Copenhagen-based Cirqle Biomedical is the creator of a non-hormonal contraceptive technology for women: OUI. OUI is a capsule that after insertion rapidly dissolves and releases the formulation. It is targeted to provide effective birth control a minute after insertion and for up to 1 day without the use of any hormones. The contraceptive technology is an alternative to hormonal birth control which is known to have a long list of potential side-effects including mood swings, headaches, anxiety and low libido. Cirqle Biomedical was founded with the help of Dr. Ljudmila Katchanhas in 2018, and has since raised a total of €1.6 million which is being used in pre-clinical development.

Freda – You might have not heard about Frida, but this femtech startup is definitely going places with a delivery service that brings feminine hygiene products directly to your doorstep. Started in 2017 in London, Freda is a subscription service that delivers organic menstrual-hygiene products across Europe, including natural pads and tampons without added chemicals. Founded by female entrepreneur Affi Parvizi-Wayne, the startup wants its product to be available to every woman out there. For this reason, Freda donates period products to organizations willing to distribute them to women in poor communities, and the startup has already gained a lot of positive attention, having been featured in Vogue, the Huffington Post and the Guardian.