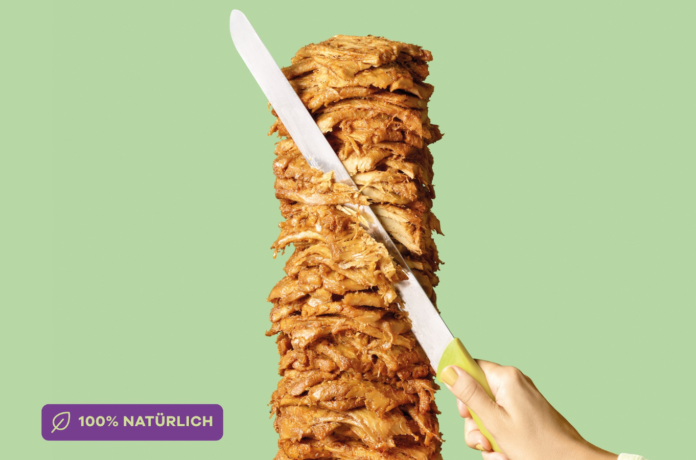 Swiss foodtech startup Planted has just announced its newest launch, one of the world’s first plant-based kebab skewers, called the ‘planted.kebab’. This animal-free version of the popular dish is a revolutionary step for alternative protein consumption.

Founded in July 2019, Planted aims to revolutionize the meat market. The team uses cutting edge technology to turn four natural ingredients into plant-based meat, that mimics the taste, texture, and mouthfeel of traditional animal meat. They’re also ‘clean’ – made exclusively from four natural ingredients (pea protein, pea fibers, water and rapeseed oil), with no preservatives and no additives. The startup’s first product ‘planted.chicken’ was followed by ‘planted.pulled’, a kind of pulled pork alternative, with both being available in supermarkets and restaurants.

So far, the startup has closed 6 rounds of funding, with the last round being announced in November of last year, at around €5 million. Additionally, having only launched last year, the team has already grown to +25 people.

Following the success of their previous products, the team has created their next innovation: the vegan kebab skewer. This new product is a layered up, fake chicken kebab skewer, which aims to mimic the traditional dish. Staying true to their ‘clean’ eating roots, this new product is also made from only four ingredients (water, pea proteins, canola oil and pea fibers) and seems set to win the title of being the plant-based meat with the fewest number of ingredients on the market.

Judith Wemmer, member of the executive board at Planted, commented: “We were aiming for a reinvention of the traditional kebab – and we have achieved our goal. Our research activities in recent months have enabled us to combine all four ingredients in such a way that each single one contributes to texture, taste, nutritional value and overall feel. This allows us to do without any additives.”