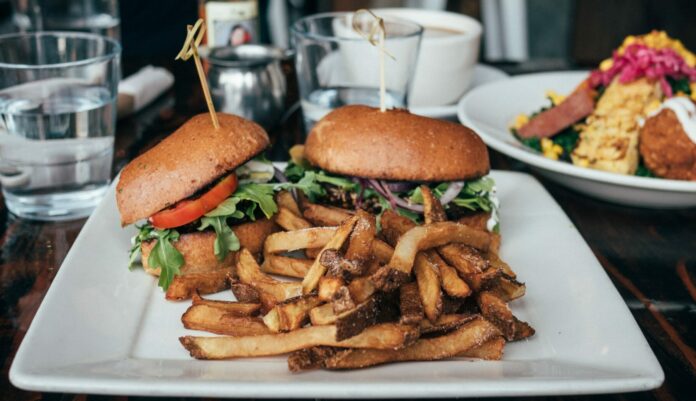 A few years ago, veganism was seen as just a passing trend, a fad, the centre of memes. Today, veganism is no longer a novelty and has undoubtedly reached mainstream adoption. Between 2018 to 2020, Europe’s plant-based food industry grew astronomically by 49%, amounting to total sales of €3.6 billion. A lot of us find ourselves making vegan choices without even realising it.

Plant-based products are no longer just for vegetarians or vegans as consumers are becoming ever more conscious of their health, and the ethical implications of the food system. More and more people define their diet as ‘plant-based’ – meaning not necessarily strictly vegan but opting to choose meat alternatives where possible. The popularity of converting to veganism and plant-based has also been fuelled by viral, impactful campaigns like Veganuary and Meatless Mondays.

Whether you are plant-based or not, here’s a list of 10 vegan meat alternative brands from Europe that you should check out. The European plant-based market is estimated to have a CAGR of 8.75% between 2021-2028. The plant-based food market is still just getting started. We think that for more years to come as food science and technology progresses, we will see more innovative products come to market.

Jack and Bry – In 2018, Bryony (Bry), the founder of Jack and Bry, discovered how jackfruit (Jack) has a meat-like texture. She started Jack and Bry, and the rest is history. Jack and Bry produces vegan mince, burgers, and sausages that are high in fibre. The food tech startup prides themselves to be a leader in product development using food science and technology. Earlier in 2021, they raised their €1.4 million seed round. Their products can be found in the UK and Netherlands.

Better Nature – Better Nature offers delicious nutritious tempeh products. Their founding team based in the UK consists of food scientists and researchers that have developed a delicious range of tempeh-based products. Their current range includes tempeh mince, tempeh rashers, kebab style tempeh strips, and more. Better Nature was founded in 2018 and has raised €2.8 million to date. You can find their products in the UK and Ireland.

Heura Foods – Founded in 2017 in Barcelona, Heura Foods is on a mission to empower people to change the current food system to be more sustainable, healthy, and nutritious. The founders have ensured that their plant-based proteins have their Mediterranean culture reflected in their products. They offer a wide range of plant-based meats including alternatives for chicken, beef, and pork that come in various formats including burgers, nuggets, and meatballs. Check out our interview with Heura’s co-founder and CEO, Marc Coloma.

VFC – VFC is short for vegan fried chick*n. They have a range of vegan fried ‘chicken’ fillets, bites, and nuggets that are made from wheat protein in a southern fried and crispy cornflake coating. VFC was founded in 2020 by Matthew Glover (co-founder of Veganuary) and renowned chef and restaurateur Adam Lyons. They aim to end the injustice of factory farming and inspire people to “cluck the system” and choose vegan foods. They believe that they are activists firsts and food producers second. Their products can be found in the UK, Spain, and the Netherlands and they are also expanding across the pond in the US and Canada.

Terra Vegane – Terra Vegane offers a range of products as alternatives to meat, egg, and cheese. Their range of alternative meats includes vegan burgers, steaks, salami, and sausages. The company was founded in Berlin. Their products can be found in Germany, the UK, Sweden, and Denmark.

Vivera – Vivera offers a range of vegan chicken products including spicy chicken kebab style, chicken breast, and south fried nuggets. Their products are produced from GMO-free soya. They are headquartered in Holten, Netherlands with products stocked across Europe. Vivera was acquired in April 2021 by JBS, one of the world’s largest food producers for €341 million.

THIS – The founders, Andy and Pete, were meat lovers and ran a burger restaurant. They founded the company in 2019 when they pinpointed the need for more alternatives for meat-free foods. They have achieved viral success with their clever marketing campaigns like the one where they fooled people with a look-alike Ed Sheeran to show people that meat-free alternatives can be as good as real meat products. Their range currently includes vegan chicken nuggets, meatballs, bacon, and sausages.

The Curators – The Curators is a snack brand creating flavourful snacks founded in 2017. Amongst their range, they have both non-vegetarian and vegan products. They produce a plant-based jerky that is teriyaki flavoured and also mushroom burgers and meatballs. Their products are currently only available in the UK.

Planted – As their name suggests, they make meats from plants that taste and feel like animal meat. Planted was founded in 2019 and is headquartered in Zurich. Their products are made exclusively from four natural ingredients: pea protein, pea fibres, water, and rapeseed oil. Their product range includes plant-based chicken, pulled pork, schnitzel, and kebab. You can find Planted’s products in retailers and restaurants across Europe.

Moving Mountains – Moving Mountains was founded in 2016 when the founder, Simeon, came up with the idea after being diagnosed with high cholesterol and was forced to cut out meat and dairy or go on statins. Moving Mountains created the UK’s first plant-based “bleeding” burger. Their meat alternatives range consists of their original burgers, hot dogs, mince, meatballs, and sausages. Their plant-based meats can be found in restaurants and retailers internationally.

Amanda Pun
Amanda is passionate about startups, particularly in the FinTech and B2C spaces. She was one of the first employees of fintech startup, Homeppl, and has expertise in Product Management and Operations. She is based in London and originally from Canada.
RELATED ARTICLES
Funding

“5 years ago we were considered crazy dreamers”: Interview with Marc Coloma, Heura’s CEO and food activist