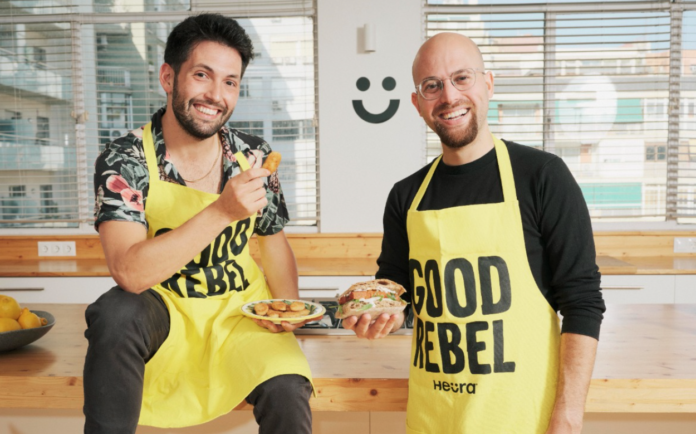 In its second Equity for Good Rebels crowdfunding campaign, Heura has raised over €4 million in just 12 hours, consolidating its fame as Europe’s fastest-growing plant-based startups. The campaign launched on Crowdcube saw 4,500 investors from across Europe join the Good Rebel community that’s on a mission to accelerate the protein transition.

The Barcelona-based startup smashed its initial goal of €1 million in just 30 minutes. Adding to the trend of going against the status-quo, almost ​​half of the investors are 18 – 35 years, and 42% identified as women – reflecting a new generation for foodtech.

CEO and Heura Co-Founder Marc Coloma commented: “The response to the Equity for Good Rebels crowdfunding campaign is a proofpoint that as a global community, we can and will uproot the failing food system. We will leverage this milestone to further increase availability to healthy, plant-based foods that better align with the values and needs of today’s society.”

Founded by activists Marc Coloma and Bernat Añaños in April 2017, Heura is bringing its products of 100% plant-based meat to global markets and is growing at an impressive pace. The startup has the vision to create solutions that make the current food system obsolete and accelerate the transition to a world in which animals are out of the protein production equation.

This round of crowdfunding comes on the heels of doubling sales in 2021 and increasing worldwide POS by 333%. Accelerating the plant-based protein transition, funds will be used to build the Heura Lab 2.0, generate cutting-edge low footprint technologies, and develop and distribute plant-based foods internationally. Over the course of 2022, Heura is aiming to develop up to 10 new product innovations –  all designed to create animal-meat successors that not only taste amazing but deliver superior nutritional value.

This crowdfunding campaign is a testament to the food innovators’ mission statement, as much as to their bold activism and reflects a tidal wave of change in European food habits.