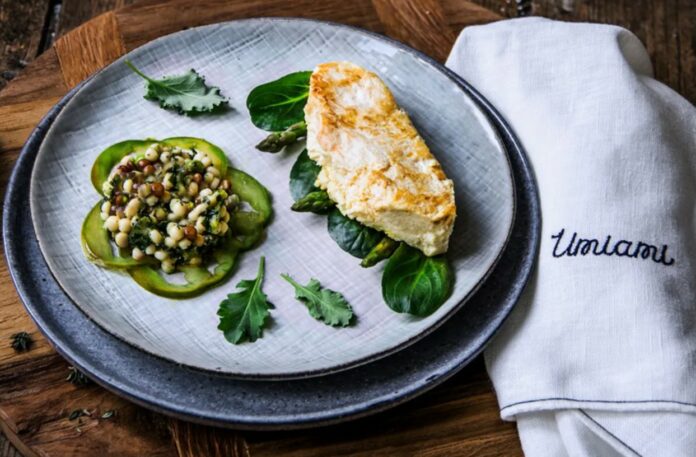 Paris-based Umiami, a creator of a plant-based meat, has completed a seed funding of €2.3 million with the support of Centrale Paris, AgroParisTech and the Technical University of Munich, and Umiami Technologies. The startup has invented a new process which is able to reproduce the texture of large whole pieces of meat, using exclusively vegetables.

Founded in 2019, Umiami is driven by animal welfare concerns and contributes to the plant-based meat industry’s expansion. Their team, with the support of Centrale Paris, AgroParisTech and the Technical University of Munich, and Umiami Technologies, has created a new, ground-breaking ‘texturing’ technology, called umisation, which allows them to create unprecedented products, such as plant-based cod and chicken filets.

“We are the first company in the world capable of creating vegetable food matrices characterized by long aligned fibers and a thickness of up to 10 cm”, said Tristan Maurel, CEO. “Our know-how allows us to imitate, on a large scale, the fibrous texture of a large number of meat and fish fillets, starting with the chicken breast, using peas and soybeans”.

Tristan Maurel, CEO, officially launched the startup in May 2020 with two fellow students, Martin Habfast, Sales Director, and Hugo Dupuis, Technical Director. Since then, the team’s technology has caught the attention of investors for this seed financing round, achieving €1.5 million from Newfund (€400K), Kima Ventures (€100K) and 17 business angels, including Jérémy Rocher, serial entrepreneur and son of Yves Rocher (€100K). The final €800K comes from bpifrance (€500K), Société Générale and CIC.

Umiami will shortly file a patent in France, which will be extended to Europe and North America. “Our products contain less than eight ingredients compared to an average of thirty for our competitors. As a priority, we have eliminated texturizers, such as methylcellulose”, explained CEO Tristan Maurel. “Our texturing process does not affect the colour or flavor of our products and allows us to control the level of firmness and elasticity.”

The team is forecast to expand from 8 people to 35 by the end of 2022, in preparation for industrial production: “Industrial production will begin in June 2023 and we expect more than 20 million euros in turnover in the first year”, continued CEO Tristan Maurel.

Share
Facebook
Twitter
WhatsApp
Linkedin
Previous article
“Leave your ego aside, roll up your sleeves and surround yourself with people that are passionate and capable”: Interview with Hristo Borisov, CEO/Co-Founder, Payhawk
Next article
French cannabis tech startup Rainbow raises €2 million to boost its hemp-based brand

Charlotte Tucker
Charlotte is the previous Editor at EU-Startups.com. She spends her time scouting the next big story, managing our contributor team, and getting excited about social impact ventures. She has previously worked as a Communications Consultant for number of European Commission funded startup projects.
RELATED ARTICLES
Iceland-Startups