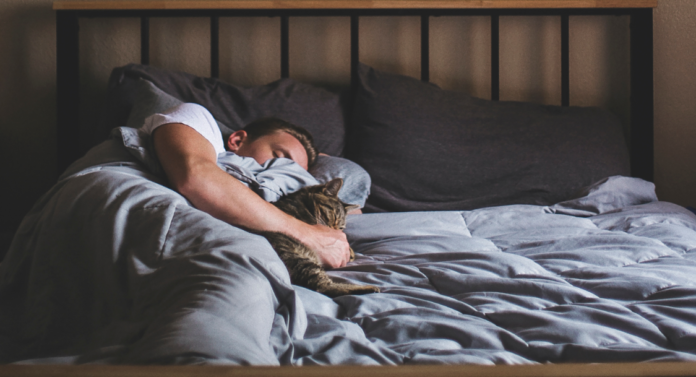 If you are an entrepreneur, chances are that catastrophic visions of business failure are tormenting you day and night. Other side effects of running your own business may include – but are not limited to – sleep deprivation, overwork, burnout, isolation, and a general lack of care for mental health.

As Elon Musk proved at every turn of his very public career, being a CEO can be especially exhausting. It was probably in the aftermath of one of his sleepless and reckless nights, that the South Africa-born founder of Tesla and Space-X made us all (and all his shareholders) painfully aware of his conditions. In a later, now infamous, interview with the New York Times Musk he went on to tearfully admit that he takes pills to sleep and that he is not really OK.

While we all understand that being a genius physicist, eccentric billionaire, and owning spaceships can put one under enormous pressure, most of the time we ignore that regular entrepreneurs are also living with the same issues as Mr Musk.

According to new research on more than 200 industry-diverse CEOs and founders of privately held, venture- and growth equity-backed companies, the average CEO or founder just can’t stop thinking about their companies, not even at night, and 70% of them admit that they haven’t had a complete work-free weekend in six weeks. According to the same study, almost one in three CEOs get less than six hours of sleep per night.

According to a survey by Inc., a few years ago the percentage was even more depressing: with approximately half of all CEOs getting less than six hours of sleep every night.

Even though entrepreneurs seem to be now more aware of the importance of their mental and physical health than in the past, it’s very likely that founders during the early stages of a startup still have it pretty bad.

That’s because a good night of sleep is the first thing that we all tend to sacrifice on the altar of success. However, lack of sleep can be so detrimental to our health that it can end up affecting every other aspect of our lives, especially our performance at work.

According to research, lack of sleep just makes you slower and dumber, plain and simple. It makes you work less efficiently as “it impairs attention, alertness, concentration, reasoning, and problem solving. This makes it more difficult to learn efficiently.”

It also makes you more aggressive on the workplace: “sleep-deprived managers exhibit less emotional self-control. That makes them more likely to behave abusively toward subordinates, which in turn can reduce workplace engagement.”

According to famous neuroscientist and sleep expert Matthew Walker there is no doubt that the CEOs who are underslept are also underperforming. Sleep, on the contrary, can be your superpower, he argues in his viral TED talk. Other celebrities have voiced a similar stance and disapproval for a lifestyle that doesn’t include eigh-hour nights of sleep.

After tragically collapsing during work because of burnout and exhaustion, Arianna Huffington, co-founder and editor-in-chief of The Huffington Post, decided that it was time to change her habits. In an article on Medium, Huffington recalls breaking her cheekbone and waking up in a pool of blood after having collapsed at work because she had been consistently overworking herself. She calls the 2007 incident the day that changed her life.

The episode led her to write two books on the link between success and sleep, Thrive and The Sleep Revolution, and to found her own company fostering well-being and a balanced night and day routines, Thrive Global. This is to say that smart people, not only religiously get their eight to nine hours of sleep, they even started investing in the practice and associating their brand with it.

Other incredibly successful CEOs such as Mark Zuckerberg, Jeff Bezos, and Bill Gates have amassed a great fortune without compromising on their seven to eight hours of sleep per night. Zuckerberg even used his engineering skills to build a device to help with his wife’s sleeping troubles. If you, like Mark, have a demanding job at a tech company and would like to take a page from his (face)book, let it be this one.

Mariaclaudia Carella
Mariaclaudia works as a communications and press relations specialist in Energy and Climate sectors. She has experience in journalism and tech writing for Italian and European publications.
RELATED ARTICLES
Know-How

The most successful startup founders have these traits in common