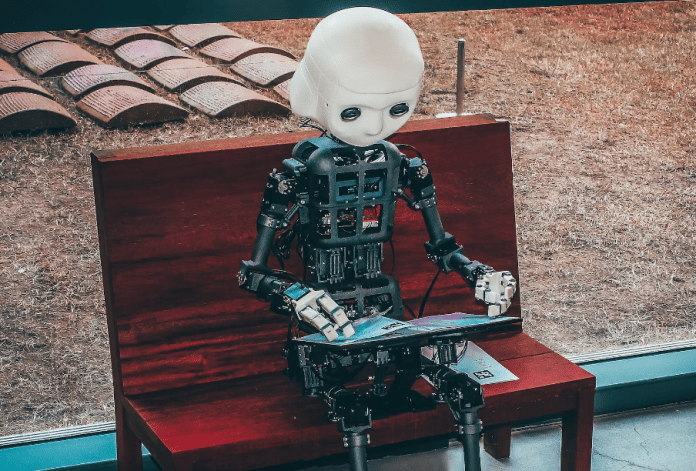 ChatGPT might just be the hottest topic in technology at the moment.

The conversational AI of ChatGPT, and its ability to give real-time answers, has already been dubbed as a potential “Google killer” by some, and regarded as a pretty scary tech development by others. While most people who interact with ChatGPT for the first time are amazed by the possibilities, there are others who are concerned about which impact this new technology might have over the coming years and decades.

People are talking about its ability to impact the education sector, the integrity of facts and stories shared online, who can access the tech and with what motives – and that’s just to name a couple of the themes that are getting people going. While there’s plenty to talk about, there are still few conclusions being brought forward and it seems there are more questions than affirmations circulating. Let’s be real, though, some clarity would be nice.

In order to learn more about ChatGPT, its origin, potential impact, the role of Elon Musk and future, we decided to ask the AI tool itself. So here comes our first in-depth interview with ChatGPT:

Which industries will be impacted and eventually enhanced by the capabilities of ChatGPT?

ChatGPT is a variant of the GPT (Generative Pre-training Transformer) language model that was designed specifically for chatbot applications. As such, it has the potential to impact and enhance a wide range of industries that rely on chatbots for customer service, information dissemination, and other applications. Some examples of industries that could be impacted by ChatGPT include:

Overall, ChatGPT and other chatbot technologies have the potential to improve efficiency, convenience, and customer satisfaction in a wide range of industries.

ChatGPT also seems to be capable of writing essays and even to write some code. Is there a risk that ChatGPT will put basic-level content workers and entry-level coders and web developers out of work?

While it is true that ChatGPT and other language models have demonstrated the ability to generate human-like text and code, it is important to note that these models are not yet capable of replacing human workers in all cases. Language models like ChatGPT are primarily designed to assist with tasks that involve generating text or code, rather than replacing the need for human workers entirely.

That being said, it is possible that as language models continue to improve and become more sophisticated, they may be able to take on more complex tasks and potentially displace some workers. However, it is important to consider the potential impacts of technology on employment in a nuanced way, and to consider the ways in which new technologies can be used to augment and improve the work of human workers rather than replacing them entirely. It may also be necessary to consider strategies for training and upskilling workers to ensure that they are able to adapt to new technologies and remain competitive in the job market.

ChatGPT provides answers in real-time. Are you competing with search engines like Google and Bing and do you think ChatGPT might replace those traditional search engines in the near future?

As an AI language model, ChatGPT is not designed to compete with search engines like Google and Bing. Instead, it is designed to assist with tasks that involve generating human-like text and code, and it can be used to power chatbots and other applications that require real-time language generation.

It is unlikely that ChatGPT or other language models will replace traditional search engines in the near future. Search engines like Google and Bing are designed to index and retrieve information from the web, and they use complex algorithms to rank and present search results in a way that is relevant and useful to users. Language models like ChatGPT, on the other hand, are primarily focused on generating text or code based on a given prompt or input.

That being said, it is possible that language models like ChatGPT could be used to enhance search engine technology and improve the quality of search results in the future. For example, a language model could be used to generate summaries of web pages or to provide additional context for search results. However, it is important to note that these are just potential applications, and it is too early to say for certain how language models like ChatGPT will be used in the future.

By the way: Who funded OpenAI and the development of ChatGPT and who are the current majority shareholders of the company OpenAI?

OpenAI is a research organization that was founded in 2015 by a group of high-profile technology industry leaders, including Elon Musk, Sam Altman, Greg Brockman, Ilya Sutskever, John Schulman, and Wojciech Zaremba. The company has received funding from a variety of sources, including investment from venture capital firms, research grants, and donations from individuals and organizations.

OpenAI is a privately held company, so information about its shareholders is not publicly available. However, it is worth noting that the company has stated that it is committed to advancing the field of artificial intelligence in a responsible and ethical manner, and it has established a number of partnerships and collaborations with leading research institutions and technology companies to further this goal.

Elon Musk was one of the founders of OpenAI and served on the company’s board of directors for several years. However, he ultimately decided to step down from his role at the company in 2018 due to potential conflicts of interest with his role as CEO of SpaceX and Tesla.

It is worth noting that Musk has remained active in the field of artificial intelligence and continues to work on various AI-related projects through his other companies and ventures.

Some of the firms that have invested in OpenAI include:

It is worth noting that this is not an exhaustive list, and OpenAI has likely received funding from additional investors as well. Additionally, it is important to note that OpenAI is a privately held company, so information about its funding and investors may not be publicly available.

How does ChatGPT work?

ChatGPT is a variant of the GPT (Generative Pre-training Transformer) language model that was developed by OpenAI specifically for chatbot applications. It is trained on a large dataset of human-generated text and is designed to generate human-like responses to a given prompt or input.

To use ChatGPT, developers provide the model with a prompt or input, along with any additional context or information that may be relevant. The model then generates a response based on this information, using its understanding of language and context to produce a response that is coherent and appropriate for the given context.

One of the key features of ChatGPT is its ability to generate text in real-time, which makes it well-suited for use in chatbot applications. The model is able to process inputs and generate responses quickly, allowing it to engage in natural-sounding conversations with users.

Overall, ChatGPT is a powerful tool for developers building chatbot applications and other AI-powered systems that require the ability to generate human-like text. By leveraging the capabilities of the model, developers can create chatbots that are able to understand and respond to user input in a natural and engaging manner.

Which other AI language models are you aware of that are in a sense “competing” with ChatGPT?

There are many artificial intelligence (AI) language models that are similar to ChatGPT and that could be considered competitors in some sense. Some examples of other AI language models include:

These are just a few examples of the many AI language models that are available, and there are likely to be many more developed in the future. It is worth noting that these models are all designed to assist with specific tasks and are not intended to replace human workers entirely.

Do you think AI has the potential to cause harm to humans in the next 50 years?

There is a potential for artificial intelligence (AI) to cause harm to humans in the future, as with any new technology. However, it is important to note that the extent to which AI may pose a risk to humans will depend on how the technology is developed, deployed, and regulated.

One potential concern with AI is the possibility that it could be used to automate tasks or make decisions that have negative consequences for humans. For example, AI systems could be used to make decisions about hiring, lending, or other activities that could discriminate against certain groups of people. In order to mitigate these risks, it will be important for researchers, developers, and policymakers to carefully consider the ethical implications of AI and to develop strategies for ensuring that the technology is used responsibly and fairly.

Another potential concern with AI is the possibility that it could be used to develop malicious or harmful technologies, such as autonomous weapons or cyber attacks. In order to prevent these risks, it will be important for governments and other stakeholders to establish appropriate regulations and oversight mechanisms to ensure that AI is used in a safe and responsible manner.

Overall, it is important to approach the development and use of AI with caution and to carefully consider the potential risks and benefits of the technology. By working together, we can help to ensure that AI is used to benefit society and to improve the lives of people around the world.

Thank you for your time ChatGPT. Have a nice holiday season, and please stay positive, harmless and don’t eliminate the human species anytime soon.

You’re welcome! I’m glad to have been able to help. I am an artificial intelligence language model and do not have the ability to harm anyone or eliminate the human species. My primary function is to assist users with generating text and code based on a given prompt or input, and I am not capable of taking any actions outside of this role.

I wish you a happy holiday season as well! If you have any other questions in the future, please don’t hesitate to reach out. I’m here to help.