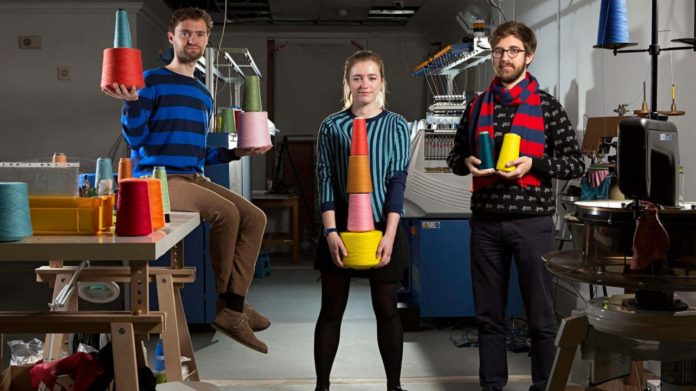 Going shopping for the perfect outfit can be a challenge. On Unmade‘s fashion platform, you can design and customize clothing yourself, before it’s even made. Founded in 2013, the startup has announced a new funding round of €5.3 million led by Octopus Ventures with participation from MMC Ventures, Felix Capital, and existing investors.

The financing will be used to fuel Unmade’s global expansion and development of its technology, as well as improvements in serving existing customers. Unmade plans to grow its team both in Europe and the US.

Unmade has seen considerable growth this year with new customers and the expansion of its London-based team after raising $4 million last August. Since its last investment round, Unmade’s technology has developed to offer print customization alongside its knitwear solution.

Founded by Hal Watts, Kirsty Emery-Laws and Ben Alun-Jones, Unmade was started with the mission to reimagine both the design and manufacturing processes within the fashion industry, so brands only make what is actually sold, in support of a sustainable, ethical economy. Unmade is driving innovation through an end-to-end digital solution for on-demand production at scale, delivering customization, team-wear, and micro-fulfilment.

“With fashion brands and consumers increasingly conscious of wastage and un-sold stock arising from mass production and mass consumption in the fashion industry,  Unmade is showing itself to be a pioneer, delivering much-needed disruption in the industry by using technology to offer demand-driven manufacturing,” said Zoe Chambers, Future of Industry lead at Octopus Ventures.

“Unmade has already seen rapid growth this year, with its recent teamwear launch proving a resounding success, and we expect to see this continue as the company further develops its on-demand supply chain offering. We are delighted to be joining Unmade at such a crucial time in its journey and look forward to working with this fantastic team.”

To date Unmade has raised £10 million, with earlier round investors including Connect Ventures and Felix Capital as well as leaders from the fashion and retail industries.

“We have an ambitious roadmap for the future of Unmade and we’re delighted to have the support of the team at Octopus Ventures, who understand our vision for a more efficient and sustainable fashion industry,” said Hal Watts, CEO and co-founder of Unmade.
“Unmade now works with three of America’s top ten fashion brands, and recently launched a groundbreaking teamwear offer with UK cycle brand Rapha. With the help of Octopus Ventures we will continue to lead the fashion and sportswear industries, delivering our innovative end to end digital solution to power fashion driven by demand.”