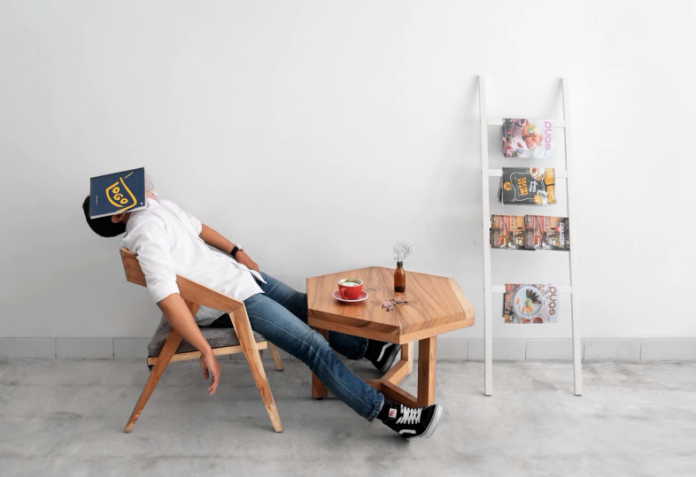 A whole cluster of new sleep apps, sites and devices are waking up the digital health industry. From data analysis to innovative wearables, exciting startups are working on our day-to-day sleep problems.

Worryingly, insomnia is a growing problem. The number of people who visited the doctor for sleep problems in the UK doubled between 1993 and 2007, and 2017 40% of 25 to 54-year olds ‘enjoyed’ less than seven hours of sleep every night in the USA. Whereas many physicians warn, that a human body needs minimum eight hours of sleep a night to feel refreshed and ready to take on all daily tasks ahead, and above that it is most likely to happen that females might end up needing even more sleep than the eight hours males tend to need.

The digital health sector has experienced incredible highs in funding over the last three years, reaching an all-time-high of $4.5 billion in 2015. However, most sleep disorders are still treated through drug prescriptions – mainly in the USA and Japan, where 90% of sleep deprived people have been prescribed some type of medicine, whereas in Western Europe only 50% had been treated with similar prescriptions.

However a quick search on any crowdfunding platform shows that there are many innovative, exciting, and forward-thinking sleep products promising to help consumers improve their sleeping patterns – without the side effects of sleeping pills.

Consumers are spending more money on their health than before, and these devices help keep consumers engaged and aware of their health, without needing frequent visits to the doctor – and promise to be less harmful than taking typical prescription drugs.

The Finnish startup Beddit is one example. It offers consumers a focused sleep tracker in the form of a thin mattress sensor, which shows the user a range of metrics, including how they have slept, their resting heart rate, respiration, sleep cycles, snoring, and more.

There are also many so called ‘active’ devices that interpose with horrible sleep cycles. Another Finnish startup, Oura, is a ring which measures pulse waveforms, heart rates and body temperature and creates daily charts for the user to compare. This health technology startup secured €12.5 million last July to start targeting US markets.

Let’s continue with Nyxoah, a Belgian-Israeli medtech startup that has developed a device to treat sleep apnea and snoring through electrical stimulation. It has raised significant funding, and continues to help its consumers with sleep improvement.

Another market leading startup is an app called Calm, which was named App of the Year in 2017 by Apple. It not only helps users sleep better, but also offers meditation for anxiety relief, stress, and all sorts of daily issues we tend to face. The app is filled with soothing music and relaxing re-tellings of classic stories such as Cinderella or The Ugly Duckling.

The Italian startup Balluga has released a smart bed that includes an anti-snoring system, while the London-based sleeptech startup Simba has produced the first dual spring and memory foam mattress of its kind, and has raised €66 million since it was founded in 2015.

LumosTech has launched a mask that tailors consumer’s sleep to their schedule in order in avoid the effects of jetlag – attention digital nomads and business travellers! Might be worth checking out!

As one can see, there is something on the market for everyone.

The science and tech company LifeQ claims to ‘take health monitoring to the next level’ by developing trackers to measure all types of health metrics, including the sleep rhythm, and collects enough data that it can even be used by doctors to make a diagnosis.

The platform Sleepio, which was created by the company Big Health, is helping millions of users with a sleep improvement program that helps them overcome poor sleeping patterns, thereby improving their mental health and wellbeing. Big Health works with some of the world’s biggest market leaders to improve sleep and mental health of their employees and is known to be the pioneer of non drug-based solutions like Cognitive Behavioral Therapy.

Last but not least, there is the Dutch founded NightBalance, which is focused on sleep apnea, a disorder in which one experiences pauses in breathing or very shallow breaths during sleep. Health and sleep quality are known to suffer dramatically when someone has sleep apnea. NightBalance is a wearable device that constantly measures its users sleep positions and lightly vibrates in order for you to subconsciously shift to a healthier position. Doctors and hospitals in the Netherlands have extensively tested this device, deeming it to be highly effective, and since its launch, it has been optimised to be even more comfortable while wearing. Yet more importantly, the device collects a large amount of data which the user can access on the device itself or on the computer. The data is meant to be analysed by the user’s doctor, and to give feedback and treat the disorder accordingly.

With all these exciting inventions, we are only waiting for major players in the tech industry to fully enter the sleeptech playground, and start gaining tractions with millions of consumers suffering from insomnia and sleep disorders, by continuing to develop more and more effective products in the future.

Hannah Neuburger
Hannah Neuburger is a Design Management & Strategy specialist with a background in Interior & Product Design. Hannah changed her path in 2017 to launch her first App and to fully integrate herself into the world of startups in Europe.
RELATED ARTICLES
Funding

Leuven-based healthcare startup LynxCare raises €1.8 million to expand in the US and EU