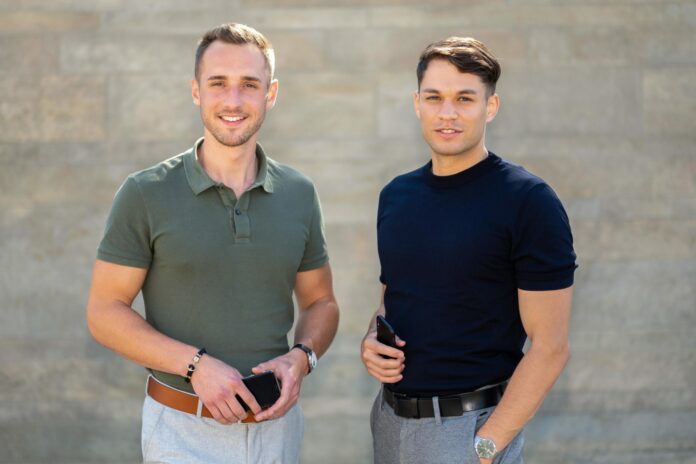 Berlin-based Fastic, one of Europe’s fastest growing intermittent fasting apps, has announced a seed round of around €4.3 million. Well-known german entrepreneurs such as Rolf Schrömgens (Trivago) and Robin Behlau (Aroundhome) participate in the investment. The startup wants to push ahead with its US expansion, further develop the product and establish an international remote company.

The market for health apps is worth billions. Calorie counters or pedometers can be found on almost every smartphone, as well as water trackers. But despite the wide array of apps available within the market, two german founders conquered the charts within a year. They want to solve the global problem of being overweight, and the diseases that come with it, with the help of digital intermittent fasting. The Fastic app supports users in leading a new, healthy lifestyle with intermittent fasting, and takes a strong stand against disordered eating and diet culture. It also offers users the opportunity to educate themselves on nutrition, track their progress, establish positive daily habits, practice mindfulness and fitness all in one place, without having to download multiple apps. With only one download, users receive an app that guides them toward a healthier lifestyle, body and mind.

Since its launch in April 2019, Fastic has already been downloaded more than six million times. During the COVID-19 lockdowns in March of this year, Fastic conquered the charts for the first time and has remained one of the most successful health and fitness apps in several countries.

So far the company was completely self-financed, now the founders Sebastian Wettcke and Phillip Wayman announce the closing of their first investment round. A wide range of well-known serial entrepreneurs are involved, such as Trivago founder Rolf Schrömgens, Jan Beckers from Ioniq, Lawrence Leuschner of Tier Mobility and serial-entrepreneur Benjamin Bak. The founders will use the money to continue the momentum of last year’s growth and to internationalize the app.

Rolf Schömgens, investor in the round and co-founder Trivago, said: “The team behind Fastic is committed to making a difference in the world. It’s clear that fasting can revolutionize the way we see health by presenting a completely new approach. Fastic’s fast positioning in the market for health apps is particularly exciting. Combining what the app offers and that it’s presented in a fun, engaging way shows how much potential the company has.”

Fastic’s first steps in the US have been very promising. With 1 in 3 Americans being heavily overweight, the interest in intermittent fasting is huge. Since the American launch in December 2019, the number of users has grown to over 1.6 million. Currently, Fastic is growing three times faster in English speaking countries than in German speaking regions. In August 2020, more Americans than Germans downloaded the app for the first time.

Co-founder Phillip Wayman explained: “Americans spend more money on diets than it would take to fight world hunger. This is a problem we want to solve. With the help of our app, we provide a healthy balance between our body and our eating habits. This is particularly popular in the US. Therefore, we plan to focus on the American market, but we also want to grow in Europe and expand our team.” In order to achieve this, Fastic will, in future, rely on a mainly remote-based work approach. The team is already working with colleagues from Berlin, Kiev, London, Zurich and Barcelona. The network will be further expanded in order to fully exploit the development potential worldwide.

Interestingly, co-founder Sebastian Wettcke grew up with the tradition of fasting. His parents have been running a fasting hotel in Germany for 25 years, which has already led over 20,000 guests to better health through fasting. He learned early on that fasting has a positive effect on the whole body, and he saw how rejuvenated the guests of the hotel felt after a fasting cure. He said: “For me, it was clear that I wanted to bring the knowledge about this way of life to everyone. Fastic is not about quick weight loss or calorie counting, rather, we want to inspire our users to adopt a healthy lifestyle because that is the future. The solution to lead a healthier life lies in our body itself”.