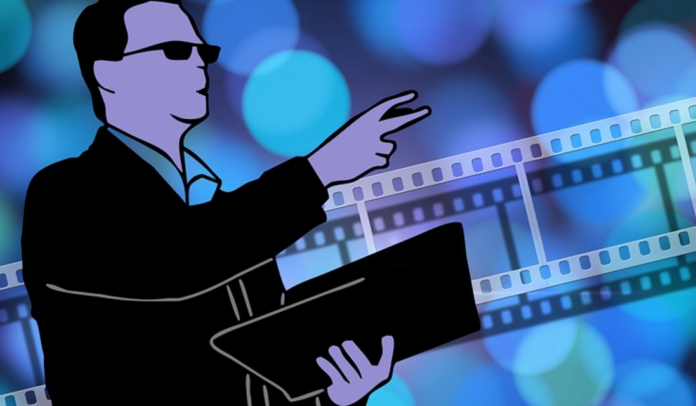 The film business has always been powered by the capabilities of currently available technologies. Be it about the invention of the color television, the progress of cinema related techology, to special effects capabilities – the adoption of new technology is clearly impacting the way we produce and consume movies and other video related entertainment products. A few years from now, virtual reality powered video/movie experiences might become accessible for large, mainstream markets, but we’re clearly not there yet.

That being said, it’s time to take a look at some promising startups from Europe that are already making waves and have the potential to change or impact the movie industry in different ways. All of the startups below were founded/launched between 2014 and 2016 and each one of them has something special to add to the way we create or consume films today and in the near future.

Justwatch, an international movie marketing startup based in Berlin, was founded in October 2014 by an experienced team with great knowledge in marketing, product and AdTech. The young company describes itself as “The Streaming Search Engine” and has the vision to connect movie fans with their favorite content worldwide. Aside of helping you find the best places to watch your favorite movies legally, Justwatch is also running video retargeting campaigns. Using first party data of movie taste and purchase behavior of over 20 million movie fans. This way, Justwatch helps movie studios advertise to the right audience.

Filestage.io: Founded in 2014 in Stuttgart, Filestage is your online workspace to share, review and approve videos, audios, documents and designs with clients and co-workers. The platform is tailored to the needs of advertising, design, film, sound, media and creative professionals. Filestage’s efficient review workflow helps you complete reviews a lot faster. All approvals and change requests from your clients and co-workers are documented in one central workspace. Your clients and co-workers provide feedback directly in the browser. No installation required.

usheru powers direct ticketing and marketing data insights for film distributors such as Universal Pictures. usheru connects a film website (e.g. fiftyshadestickets.ie) to the existing point-of-sale systems of cinemas and allows a consumer to book tickets really simply. For film distributors, usheru provides a way to connect marketing spend to cinema ticket purchase, and also provide an insights platform (usheru Analytics) to allow film marketeers have visibility in real time into the sales success of marketing campaigns. usheru was founded in the summer of 2014 and is based in Dublin.

Movidiam: Founded in 2014, Movidiam is a professional creative network and project management application that allows brands, agencies and filmmakers across the globe to connect, collaborate and create films. The platform is free to profile and offers a £16 ($25) monthly subscription to manage projects through the system. A 10% service fee is charged on all transactions though the secure payment engine split between the commissioner and service provider. Movidiam has been created to make producing films across the globe easier, quicker and more effective for everyone involved.

Playfilm.tv aims to provide the most advanced technology to create Interactive Video. The editing software of the young company optimises the production and publication of interactive videos, specifically meant for advertising and video production professionals, but open to everyone. With PlayFilm the audience can choose: to watch the content or to be part of it! According to PlayFilm, the software reduces production time and cost of a traditional programmed Interactive Video by 75%. The Valencia-based startup was founded in 2014.

Yamdu: Launched in 2015, Yamdu is a web-based software which combines individual tools for all specialist areas and all phases of your film production. Used by everyone on your team, it supports efficient use of the data generated in your project and subsequently optimizes collaboration. Wave goodbye to duplication of work and careless errors. With Yamdu you can keep your eye on the whole picture while still monitoring the details. The Yamdu creators are based in Munich and the film production management software is powered by ARRI, a global company within the motion picture industry, employing around 1,300 staff worldwide.

Flowbox.io is a Krakow-based startup which launched its software product in 2015. Today almost every shot in a movie needs added visual effects. Flowbox creates software tools for visual effects artists & studios with a focus on Collaboration & Cloud, Automation, and Open Tools. The first version of Flowbox is for the most manually intensive aspect of VFX, Rotoscoping. Utilizing an artist oriented interface and unique tools, RotoSNAP & RotoDRAW, the startup aims to dramatically reduce matte creation times. The closed Alpha and closed Beta versions were launched in 2015, but now the 1.0 release is available to the public.

Pantaflix: Founded in 2016 with the support of the famous German actor Matthias Schweighöfer, Pantaflix is aiming to become the best place in the world to watch and discover great film & TV. For filmmakers, the platform wants to be the most rewarding place to get their work watched and shared. Whether you’re a global distributor or an up-and-coming director, Pantaflix treats everyone the same. The platform keeps 25% of each rental, so film makers get 75% every single time their film is watched. On Pantaflix it is free to upload as many films as you want.

ScriptBook assists film studios and distributors with their greenlighting decisions by providing an algorithmic assessment of a film script’s potential prior to financing, producing a releasing a film. Research shows that about 87% of movie projects actually lose money instead of creating a profit. ScriptBook’s goal is to help profitable films become the rule and no longer the exception. Nadira Azermai first pitched the idea for ScriptBook at our EU-Startups Conference 2014 and almost won the 1st prize. Since then, she really has achieved a lot! Officially founded in 2015, ScriptBook was also able to secure about $1.2 million in seed funding in 2016.

Bigcouch.co.uk: Founded in September of 2014, Big Couch is a female-led startup funded by UK Trade & Investment and mentored by Oxygen accelerator. The young company offers film crew members a free platform to get showcased to many industry recruiters for full rates. In addition, Big Couch enables film crews to work on feature films they believe in – via „crewfunding“. The startup enables crews to invest in the films they work on. Crews accept lower upfront rates in return for legal packages of profit shares and deferred payment. This enables producers to optimise their budgets with up to 20% and helps crews feel invested in the production. The Big Couch team also participated in the renown MassChallenge accelerator.