CBInsights is one of the best and most comprehensive Venture Capital databases I know. It helps tracking the world’s most promising private companies, their investors, their acquirers and the industries they compete in. CBInsights just published a data-driven review of 2014’s financing activity to VC-backed European tech companies. Here are some of the most interesting facts:

Europe’s growth of VC investments was  stronger compared to similar stats from CBinsights for the US, but the gap is still significant as you can see from an analysis who is behind the project 1000startups.eu.

According to other data, from Dow Jones VentureSource on venture capital, Europe saw 55 venture-backed IPOs in 2014, triple the number in 2013. In addition, there were 201 acquisitions completed in 2014, up 21 percent from 166 in 2013. Good signs that mean more money flowing back into the startup ecosystem. Bad news is that most of the deals were seen in Q1 and Q2. After two big quarters, venture financing dropped 24 percent in Q4 compared to Q3. And more bad news: The number of VC fund closings in 2014 fell 4 percent from 2013 to 76. The total amount raised dropped 18 percent in 2014 to $3.8 billion. The drop was especially steep in Q4, when the number of funds that had closings fell 51 percent from the same period a year ago. This could be a worrisome sign. The Q1 of 2015 could well tell us whether the European VC scene just hit a bump in late 2014 or whether it is headed toward a bigger dropdown. 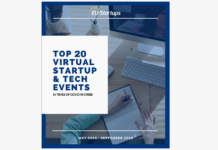