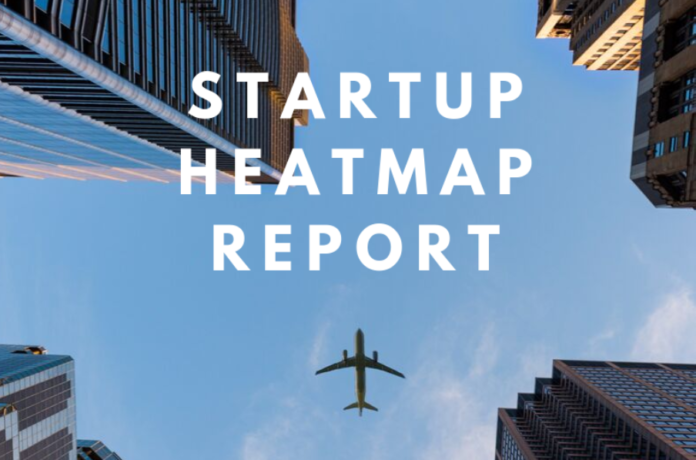 Startup Heatmap Europe has just launched one of the most comprehensive studies on the development of startup ecosystems and founder mobility in Europe to date. The report analyses over 100 startup cities in Europe, with dozens of data points on ecosystem dynamics like meetups and accelerators, as well as a survey of over 1,500 founders.

Here are the main findings:

An increase in international founders

Founders not only move more, but are also internationalising quickly: 55% of startups establish international locations within the first year. This rate is the highest in the Mediterranean Region, the CEE, the UK and Ireland.

As startups are increasingly transnational, they work along international networks to tap into resources from other ecosystems. The leading network can be identified among the top six hubs based on founder popularity (London, Berlin, Barcelona, Paris, Lisbon) jointly reaching 75.3% of all founders in Europe in 2019 and showing the strongest mutual connections. This network is symbiotic and startups tap into each hub’s resources: London, Paris, and Berlin provide capital to the system, while other hubs offer talent or a great business environment, like Amsterdam.

When asking founders for the best places to start-up, London and Berlin lost 13 and 17 percentage points, respectively, in just four years. However, London remains 1st before Berlin (2nd) with 38% versus 35% of founders saying they would startup there if they could. Also, Barcelona (3rd, -2% points) and Paris (4th, -5% points) struggle to maintain their high percentages from 2018.

As Brexit uncertainty continues, London loses most dramatically in the Nordics and Baltics (-19% points), while founders in the CEE seem to gather around London (+5% points) and turn their back on Berlin (-19% points). This shows how the Brexit divides Europe and founders feel they have to choose between two diverging pathways.

This also opens opportunities for the 2nd tier hubs: Barcelona is the central interchange between the Southern Hubs, connecting strongly to Madrid and Milan, that bring to the table their relatively stronger industry connections. German Hubs are on the rise in the High-Tech sector: Health & biotech as well as big data startups favor Munich and Zurich, while Vienna and Zurich are top ranked for fintech.

Helsinki and Tallinn are positioning as extremely business friendly startup hubs – however they are experiencing difficulties to connect with their Nordic neighbors like Stockholm, Copenhagen, and Oslo, which are rather orientated towards London and Berlin, missing a chance to build a competitive ecosystem of opportunities in the Nordics.

According to the Startup Heatmap report, the top three accelerator brands in Europe in 2019 are Techstars London (13%), Seedcamp (11%) and Station F (10%),

The Startup Heatmap Europe runs an annual survey among founders and the greater tech community on mobility and the attractiveness of startup hubs. The 2019 survey was collected between May and August 2019 and had 1,200 participants