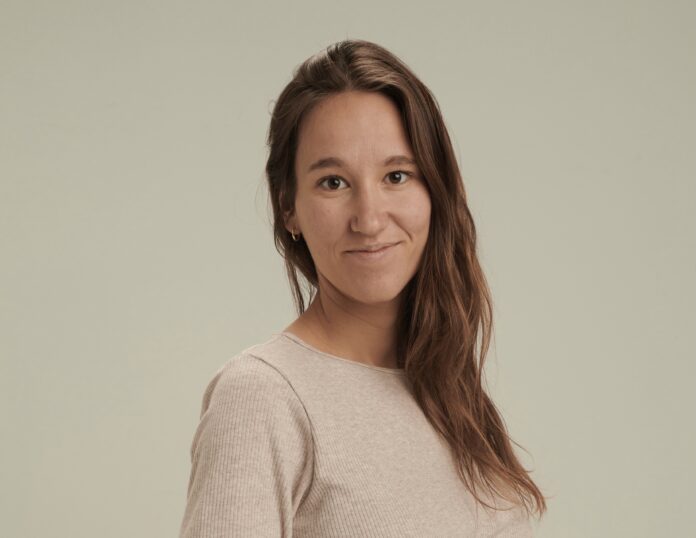 The VC space is a dynamic area. It’s full of fast-paced action, high stress and a common desire to push forward innovation, creation and development. It’s also a space that has a controversial reputation for its commitment to diversity and the creation of supportive work environments.

One VC firm making a big effort to change that perception and make the VC space more inclusive to all is KAYA VC. The Prague-based firm, founded in 2010, is an early-stage VC fund with roots in CEE, investing in intrepid founders. Not only are they promoting diverse teams who are focused on innovation, dynamism and sustainability, but the firm also actively promotes this within their own company strategy.

Kaya VC just hired Anna Franziska Hunger as Talent Partner. Despite the fact this shows a commitment to gender inclusivity, it also reflects another pertinent area. Anna was hired whilst she was pregnant – overcoming a hurdle that too many have to unfairly face. We chatted with Anna to hear more about her experience, and how companies can be more supportive of those that choose to become parents and/or are expecting.

Getting hired while pregnant – first of all, congrats on the new role! Secondly – can you tell us more about going through the recruitment process whilst pregnant?

Thank you so much! I’m happy to tell you more. For context, I already have a 14-month-old daughter, and the second pregnancy came as a surprise.

I learned about the Talent Partner Role at KAYA VC when I was exploring several opportunities after my first maternity leave. Entering the VC world was unknown territory for me, as I have spent most of my career in People Ops roles at startups. After interviewing with two of the partners, we decided to go forward with a trial project and see whether there was a fit from both sides.

When the project came to an end, I was invited to Prague to meet the team and then had a final interview step with one of the partners. That’s also when I found out I was pregnant again. I was disappointed to stall my career and let go of a great opportunity. Several people encouraged me to simply not mention it at all – ‘don’t ask, don’t tell’.

However, I felt strongly about being honest about my pregnancy and I decided to be proactive and share the news. To my surprise, the partners were very happy for me and came back with a contract that included maternity leave.

Do you have additional fears and anxieties?

The reality is that there never is a guarantee. I cannot predict how I’ll fare with a second baby – of course, the family will always come first. At the same time, I have high expectations of myself and want to do well in both my career and at being a mom. In my experience, this is a feeling shared by a lot of my female friends with babies but less so by our male counterparts. For men, it seems like having a family is regarded as a plus but never as a liability. This is likely because our workplaces are still designed around men’s needs, in a way they aren’t for women.

This is then compounded by the fact that outside the office, there are still prevalent societal and cultural expectations for women to be the primary caregiver, and their success or lack thereof is up for public judgment. For example, in Germany there is a derogatory term, “Rabenmutter” to describe a neglectful and unloving mother, the equivalent of which does not exist for fathers.

The combination of high expectations put upon mothers, who must also go to work in an environment not designed to help them thrive, puts incredible pressure on working women.

How did you feel during the process?

I felt confident about choosing to be honest with my prospective employer, but in the back of my mind, I also felt like I may very well be giving up a fantastic opportunity in doing so. Hiring women during their pregnancy is uncommon, therefore I was acutely aware that it might not work out.  In the end, receiving an offer for the position confirmed that I was right to be honest, but also demonstrated from the get-go that I was right to choose KAYA as a company.

Do you think women have often put off the idea of job hunting whilst pregnant? Why is this the case?

Yes, I would 100% agree that women avoid job changes around pregnancy. The hiring process can be stressful, and pregnancy already presents its own challenges. Often it seems like there is little chance to succeed as a pregnant candidate, so many pregnant women might not even try – I haven’t met many pregnant hires myself. Ideally, workplaces should take action to become more inclusive and open-minded, considering pregnant women for positions in the same way they would any other candidate.

You recently said: “I decided not to compromise and tell the truth, 6 months pregnant (again). I want to be a role model to my daughter and work for a company that values and empowers working mums that juggle two toddlers.”

I think you are so right. How can we ensure more women are taking this stance?

It’s important to note that many people’s circumstances might be very different and taking such a risk may not always be an option. For me, there was an opportunity to speak up and be honest. I see it as the only way we can ensure it becomes the accepted ‘norm’. Likewise, it will create transparency around employers’ values and how they really put them into action.

Given that VC is also traditionally male-dominated space, how can this sector make life easier, and make having a high-flying career more accessible for people who also want to be parents?

There are two aspects: providing flexible work options to accommodate the needs of working moms, combined with creating a culture where there is equal potential for women to succeed and climb the ladder. To give an example: even if I have a part-time job, I could still be promoted to a managerial position.

Do you also think this is the case?

I feel like this is deeply ingrained in our societal values, and it starts with recruiting. There are studies that show how women with children are judged as less competent and committed as men, even when their CV is exactly the same. This also translates to lower salary offers (“Minimizing the Motherhood Penalty: What Works, What Doesn’t and Why?” by Shelley J. Correll, Gender & Work: Challenging Conventional Wisdom, Harvard Business School, 2013.)

Even though competency wise, women are rated higher in 360 evaluations of management performance than men, and the gap widens at management level (Source: “A Study in Leadership: Women Do It Better Than Men,” Zenger Folkman, 2012), the reality is of course that the higher the management level, the fewer women there are.

Obviously leave for mothers is important – what about other measures? And what about paternity leave?

I am a big fan of parental leave for all parents. In theory, it removes the idea of gender from the hiring process, i.e., both a male and female candidate could theoretically take an equal amount of leave following the birth of a child, therefore the woman is no longer a ‘riskier’ choice. Denmark, where my husband is from, is very progressive in that. They implemented a new rule where both parents have a set number of weeks for leave. If the dad* (*partner) does not take his share, it elapses. Pretty radical, but I like the idea.

Patricia Allen
is the Head of Content at EU-Startups. With a background in politics, Patricia has a real passion for how shared ideas across communities and cultures can bring new initiatives and innovations for the future. She spends her time bringing you the latest news and updates of startups across Europe, and curating our social media.
RELATED ARTICLES
Sponsored