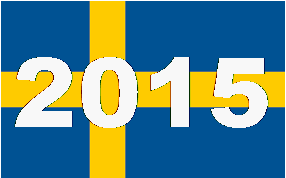 In the beginning of this year, we took a look at several member states of the European Union and tried to come up with a list for each of them with 5 startups to watch in 2015. In the case of Sweden, it has been very hard to narrow this list down, but we’ve decided to go with just 5 promising Swedish startups out of different sectors. All of them entered the market within the last two years and each of the listed startups has something special to add to the digital economy in 2015.

1. Selfiejobs: Founded in 2014, Selfiejobs is a service that allows job seekers and employers to quickly find each other using smart phones. The key features of Selfiejobs include video pitching (in addition to CVs) and algorithms that match job seekers and companies by location, interests and other factors. In conjunction with the Swedish launch, the Stockholm-based startup announced a seed round of € 108K led by the former Microsoft Nordic Director Jan Eric Ramstedt. In the near future, the “Tinder for the Jobs” will be expanding to other European countries as well as to the US.

2. Codarica: Using the power of gameplay and storytelling, the three female entrepreneurs behind Codarica introduce children to programming through a project-based curriculum. Programming could be described as the 21st century’s form of literacy, and Codarica wants to make sure that kids all over the world get a head start in the world of code at an early age when this kind of learning experience is native. The Stockholm-based startup was founded in 2014. Codarica secured seed funding during their participation in the Techstars and Disney Accelerator program.

3. Auxy: A promising Stockholm-based startup which introduces a new way to make modern music on iPad. With a clean interface, stripped of unnecessary complexity, it enables users to dive straight into the creative process and explore modern beat making without distraction. With Auxy you create drums, bass lines and melody loops by drawing notes instead of recording instruments in real time. Loops can then be mixed and recorded to create your own beats. Auxy was founded in 2014 and secured a undisclosed amount of seed funding in September 2014 by Kima Ventures.

4. Jumpstarter: Founded in 2013, Jumpstarter is building “The App Store for the Web”. The Stockholm-based startup created a marketplace for web applications where anyone can click a button and get their own website, online shop, booking system, CRM, team chat, wiki, forum, and so forth. There are no coding and no technical skills required. So far, the young company secured $ 1.7 million in seed funding from Paua Ventures, Earlybird and the angel investor and Idealo founder Martin Sinner.

5. Lookback: Lookback is creating a suite of beautiful and simple tools for collecting, understanding and sharing user experiences. Lookback for iOS, lets you remotely record your test users from within your app, no other equipment needed. The recorded experiences are instantly uploaded to their website where you can view, understand and share them. Lookback for iOS is currently used for growth hacking, improving user experiences, recording bugs and more. Founded in 2013, Lookback is headquartered in Stockholm. In March 2014 Lookback closed a seed round of $ 2.2 million led by Lakestar.