After 1,5 years of preparation the Dutch startup Jobado officially launched today with native apps for Android and iOS and a mobile website. In a first round of funding, the Amsterdam-based company raised over $625.000 of capital, which will be used to fuel an expansion to the Benelux and France.

Jobado aims to make it easier for you to get help with any tasks you may have, whether it be mowing the lawn or fixing a computer. “I do, I do, so you don’t have to” is the motto, creating the possibility for anyone to take on tasks for others. Customers pay after their tasks are done and when they’re fully satisfied. 20% of this payment goes to Jobado, 80% goes to the so called “Job” who did the task. It’s a big part of Jobado’s mission to allow people to earn an extra income or give them the chance to reenter the job market. Jobado actively supports every “Job”, helping them to file their taxes correctly. Right now, Jobado employs a staff of four employees.

Co-founder and CEO Melvin Bostelaar stated: “Jobado is part of a movement of initiatives that strive towards a sharing economy: the app uncovers untapped potential in your neighborhood. We expect to have full coverage in The Netherlands within 6 months, and simultaneously start expanding in Antwerp and Paris.” 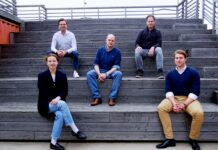 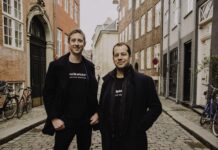 Rockstart, accelerator and VC, closes its AgriFood fund at €22 million