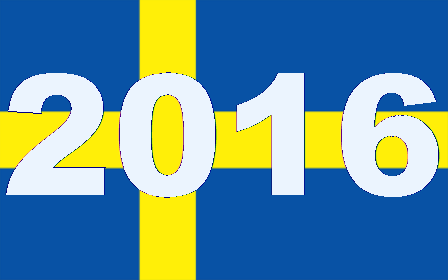 As in the previous years, we started 2016 with some research and the goal to create a list for each EU country which showcases some of the most promising startups to watch this year. Now it’s time for Sweden!

Sweden has a vital startup scene and with Stockholm one of Europe’s biggest startup hubs. Below you’ll find 10 Swedish startups to look out for in 2016. All of them entered the market within the last two years and each of the listed startups has something special to add to the digital economy in 2016.

1. Resolution Games: Founded in 2015, Resolution is a virtual reality games studio which is headquartered in Stockholm. Their first game is called Solitaire Jester. Resolution Games is currently also developing a fishing game, which will be published soon. So far, the young games company has secured impressive $ 6 million in venture capital.

2. Musqot: An innovative enterprise application startup which is headquartered in Stockholm. Focusing on marketing planning and performance analytics, Musqot creates powerful solutions for marketing professionals. Musqots was founded in 2014 and aims to make marketing technology more accessible than ever before. In the summer of 2015, Musqot raised about $ 303K in seed funding.

3. Storebadge: Launched in 2015, Storebadge is a Stockholm-based startup that lets customers evalutate online stores based on customer reviews. The promising Swedish startup describes itself as a trust accelerator for online merchants. In the first quarter of 2015, Storebadge received a seed investment of an undisclosed amount.

4. Universal Avenue: A global brand ambassador and customer acquisition solution that accelerates the growth of innovative solutions, through an on-demand direct salesforce that can be activated instantly in any location around the world. Universal Avenue looks at sales from the perspective of representation – selecting and training talent to become Brand Ambassadors for leading online brands.  Founded in 2014 and headquartered in Stockholm, Universal Avenue secured $5 million of seed funding in September of 2015.

5. Lendify: Founded in 2014, Lendify is a pioneering P2P lending platform in Sweden. It operates an online credit marketplace that enables people to borrow money and lend money from each other – without the involvement of banks or credit card companies. By cutting out the middle men and by passing many of the traditional banking costs, Lendify is able to provide great rates for borrowers and attractive returns for investors. So far, the Stockholm-based company secured about $ 3.08 million in venture capital.

6. Tessin: As Scandinavia’s first crowdfunding platform for real estate, Tessin enables direct investing in property development projects, offering returns that previously have been reserved for professional investors. The Stockholm-based company was founded in 2014. Tessin raised an impressive amount of roughly $15 million. During 2016, Tessin plans to open up for European investors to invest directly into Swedish real estate.

7. Mentimeter: Founded in 2014, Mentimeter is a mobile application which enables polling during presentations. With Mentimeter, a facilitator creates questions and the audience replies with mobile phones, tablets or their laptops. The input from the audience is visualised in real-time. The Stockholm-based startup secured $ 125K in seed funding by the end of 2015.

8. Selfiejobs: Founded in 2014, Selfiejobs is a service that allows job seekers and employers to quickly find each other using smart phones. The key features of Selfiejobs include video pitching (in addition to CVs) and algorithms that match job seekers and companies by location, interests and other factors. So far, the Stockholm-based startup closed a seed round of € 108K led by the former Microsoft Nordic Director Jan Eric Ramstedt.

9. Mapiful: The Gothenburg-based startup Mapiful lets you design and buy a printed map poster of your hometown or favourite place. Founded in 2015, Mapiful provides the technology to let you choose from any place in the world and design your own unique map print. Explore, zoom, customise and order. According to public sources, Mapiful seems to have raised no venture capital yet.

10. Codarica: Using the power of gameplay and storytelling, the three female entrepreneurs behind Codarica introduce children to programming through a project-based curriculum. Codarica wants to make sure that kids all over the world get a head start in the world of code at an early age when this kind of learning experience is native. The Stockholm-based startup was founded in 2014. Codarica secured a seed funding of about $120K during their participation in the Techstars and Disney Accelerator program.

10 cool tools to jazz up your online work meetings