Predictive personalisation technology provider AVARI today announced that it has raised €500K of additional capital and launches the 3rd generation of its email marketing technology. This recent round of investment has been led by Connect Ventures. The Berlin-based angel investors Christoph Maire, Eric Wahlforss and Felix Petersen also joined the round. Founded in Berlin in 2013 as RetentionGrid, AVARI has now raised a total of € 1.02 million.

AVARI’s technology allows marketers to send a single email campaign – via any email service provider or marketing automation system – that could potentially result in millions of different outcomes as every recipient will see a completely personalised message that is filled with dynamic content at the moment they open it.

Designed to work alongside existing email marketing automation systems, AVARI’s new third-generation technology uses an lightweight integration that securely captures visitor journeys through a website. The information gathered from actions such as clicks, page views, dwell time, basket items, purchase items, form submits, downloads, and social actions is used to produce personalised recommendations that are injected into the email campaign. According to the young company, the result is a 73% overall lift in the CTOR (click-to-open rate) for brands using AVARI Dynamic Content.

“Technology for email service providers has fallen far behind other forms of ad tech. AVARI has created a game-changing product because it is the first predictive analytics engine that works alongside whatever email system is being used – it can be fully integrated via a simple, lightweight piece of code,” said AVARI CEO and co-founder Kevin Dykes. He continued: “But while the implementation is simple, AVARI is an incredibly powerful new tool for email service providers which ensures that when a customer clicks on a marketing email, it contains accurate and relevant information that has been updated in real time.”

Since founding in April 2013, AVARI now serves more than 7,000 e-commerce businesses in 59 countries. AVARI’s customers serve 10 million consumers in 187 countries. New hires made in recent months include a VP of business development, VP of sales, a creative director and several senior developers on the engineering team, bringing the company’s headcount to 18, and there are concrete plans to increase hiring in the next three months. 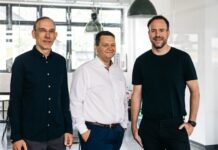 Berlin-based SimplyDelivery raises €10 million in Series A funding to expand its operating syst...