Lookback, the leading platform for analyzing user experiences via video testimonials all captured directly on mobile devices, today announced a $2.2 million seed funding round to expand its business. The round is led by European investor Lakestar, with additional participation from Index Ventures and an angel investment from Ilya Sukhar (co-founder of Parse). As Lookback continues to grow, the fresh capital will be used to scale both the platform and team, and also expand its services to new arenas.

Headquartered in Stockholm, Lookback was co-founded by former lead developers from Spotify, Joachim Bengtsson and Jonatan Littke, when the team realized there was no good way to effectively record onscreen activity on an iOS device. Lookback gives designers and developers a 360° understanding of how users communicate with their apps by seamlessly recording user expressions with the front-facing camera along with the on-screen interactions. With Lookback, developers can:

•   Record user experience testing; tracking gestures within the app, time spent in each major function of the app and facial expressions and video comments while testing an app.

•   Upload, filter, sort and tag user experiences on the web by type of device, user testing, app version and much more.

•   Playback your experiences on the web with a synced playback of all data sources including screen and camera video, sound and display of the user’s touches on the screen, while supporting (and displaying) change of orientation on the device.

•   Post comments and share your experience for a particular moment, or as a whole, with others directly through a link.

Since its private beta launch in late 2013, Lookback is now being used by thousands of companies, including Spotify, Yammer, Venmo, and King.com. Along with this funding, Lookback is announcing the launch of its new SDK for iOS, which can be integrated as a plugin to existing apps in the App Store. Acting as an opt-in experience, this plugin allows any user to instantly become a UX quality tester if they choose and can test apps, report bugs and leave comments on UX/UI issues within the app.

Jonatan Littke, CEO and co-founder of Lookback, explains: “User experience is something that so many companies can’t seem to get right – mainly because they simply do not have to tools to do so. That’s why we made Lookback – as a way to give everyone access to a great quality, highly intuitive way to accurately and efficiently capture actual user experience.”

To learn more about Lookback and what it can do for your business, check out the Loockback demo video below or visit Lookback.io.

Balderton Capital announces €529 million early-stage fund to back Europe’s next wave of breakou... 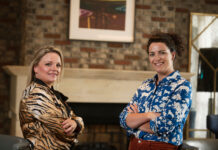 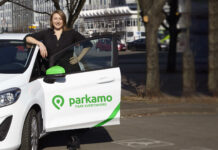 Munich-based Parkamo closes €2.1 million funding to continue the expansion of its climate compe...