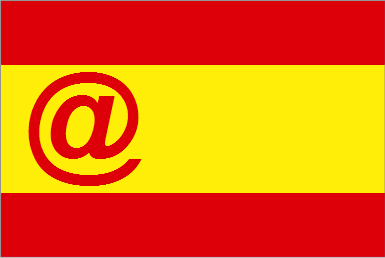 It’s normally the depressed construction sector and the debts left behind that dominate the headlines as regards Spain, but several Spanish start-ups are contributing in a more positive way to the world’s economy. They’ve also been setting on new employees in Spain, which in the current economic climate is especially welcome. Here are a few examples, that show the entrepreneurial instinct is alive and kicking in Spain:

Two constraints that people often give for not learning a language are money and time. Yes, there are cd and video based materials you can use at your own leisure, but these lack the feedback you’d get in a class, yet for the reasons previously given, many cannot attend regular classes. Busuu, a Madrid based start-up, offers a great chance to learn foreign languages in a social network setting, that gives feedback from native language speakers. It’s run on a freemium basis, which means you can take the basic package for free, and they now have millions of users worldwide who are using Busuu to learn languages and to communicate with others in different countries. No wonder the company was a recent winner (Best Education and Media start-up) at the Europas ceremony in London Busuu wins category at Europas

Imagine being able to call all your contacts for free, from your smart phone. An impossible dream? Not so, it’s what Yuilop, the Barcelona based start-up is offering. We’re talking Skype for mobiles here, and it looks set to revolutionise the world of communications. As its founder Jochen Doppelhammer explained in a recent interview with EU-startups, ‘ yuilop makes communication free with ALL your contacts. It will enable users to call any phone number in the world, and talk not just with other Smartphone (or app) users, but everybody. It connects the “old world” (with traditional telecommunication based on phone numbers) with the “new world” (internet communication based on IP and digital identities). While there are some apps in the market that allow free communication from app to app, there is still no service that allows to talk for free with ALL your contacts just via their telephone number, if they have an app (or smartphone for that matter) or not.’ It’s based on monetizing via advertising, social goods and the like. Their initial roll-out is in Germany and they plan to launch in Spain after that. In the meantime they are often on the lookout for good technical talent who fancy working in Barcelona.

A recent start-up that helps employers in the search for good developers is Masterbranch. They do this by putting open-source code contributions at the centre of a job seeker’s cv, and these are profiled on the site itself. It’s a great way for a developer to showcase their projects, hacks and programming skills. Such a good idea could not be contained just within Spain, and the company has now moved to San Francisco. If you are a great employer of software developers, or a software developer looking for a job, this can be the place to meet up.

Lastly, another Madrid based company that has a large presence world-wide, is Fon – indeed it has the largest WiFi community in the world with over 7 million registered users. Started by the serial entrepreneur, Martin Varsavsky, it allows anyone with a broadband connection to join the network. Fon has spread its wings across many countries by partnering with telecoms providers, so for instance in the UK the WiFi routers used by British Telecom are connected to the Fon network. A list of their partners can be found here: Fon Business partners and as a consequence their customers can enjoy the benefits of free WiFi access world-wide. Again, they often have vacancies for appropriate skilled staff, so if you fit the requirements and fancy working in sunny Madrid they may well be a good place to approach.

The above examples show that with the aid of web technology and social interaction tools, Spanish companies can compete at a world level and succeed. It’s also interesting to note that the examples I gave either had a foreigner as a founder, or are launching their enterprise abroad almost from the start. It shows that collaboration, as well as competitiveness, is often a key to success on the world stage. I’m sure we will see many more successful Spanish start-ups in the months and years to come, based on this model.