“Barcelona is a great place to start up”: Interview with Jochen Doppelhammer, co-founder and CEO of yuilop 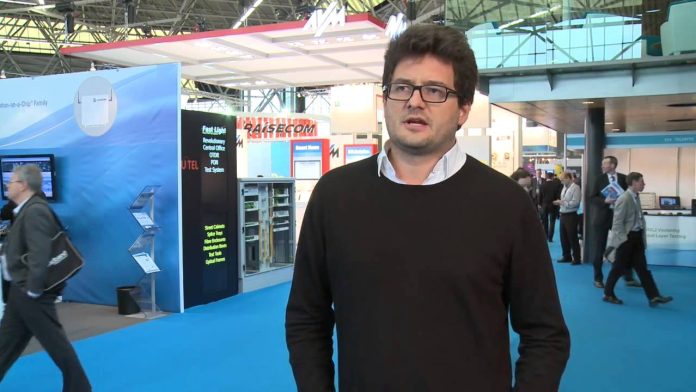 We recently had the chance to interview Jochen Doppelhammer, the co-founder and CEO of yuilop (Update – January 2023: The startup seems to be no longer in business under this name and we therefore deactivated the link).

The Barcelona-based  tartup yuilop is based on an app that provides smartphone users with free mobile communication. The application supports a variety of channels (yuilop SMS, Facebook Chat and yuilop-to-yuilop) that enables its users to communicate with their contacts, entirely independently from wireless carriers and for FREE. The startup also secured €1 million in seed funding last month from Nauta Capital.

When did you have the idea for yuilop and what made you sure it was the right one?

After working many years for mobile operators, I started simyo in Spain with the objective of making mobile communication services more consumer friendly. The offer was based on no more permanency contracts and transparent low cost pricing. The natural next step was to make communication completely free and universal. I spent the summer of 2010 in the US realizing the speed of smartphone growt, the transformative change it would have on the mobile landscape and the new possibilities it provides to actually change the game.

For me it made me ‘click’ and I got to the idea of how we could make mobile communication free. After my return to Barcelona, I talked to one of my former partners at simyo Spain and he immediately understood the opportunity and joined; that was sometime around October 2010. We began work in November, closed some first agreements, started developing the prototype and closed funding by the end of 2010.

What makes yuilop unique or better than other communication apps out there?

While there are some apps in the market that allow free communication from app to app, there is still no service that allows to talk for free with all your contacts just via their telephone number, if they have an app (or smartphone for that matter) or not. Even based on rapidly growing smartphone sales numbers, the regular feature phone and traditional phone numbers won’t go away for quite some time. And a lot of people also will not adopt smartphones for some time. So, yuilop is a practical bridge over this technological gap. It allows free communication with everybody via the good old universal, always reachable phone number, plus it’s unique and valuable.

What were the main stumbling blocks during the development of yuilop and within the first weeks after the launch?

Well, the integration of yuilop’s communication service with the telecommunication world forces us to deal with a lot of ‘old economy’ that can slow you down quite a bit, from regulations to agreements with operators, to ‘carrier-grade’ infrastructure. Also it forces you to develop your business on a country-by-country basis rather than just go global with one launch. Every market is different, and Europe is also much more fragmented than the US in terms of mobile platforms.

Why did you choose the German market for the initial launch of yuilop and what are the next markets you are going to enter in the near future?

For one, Germany is a very attractive and challenging market that provides the opportunity to reach enough critical scale within one market, and it’s internationally not as exposed as for example the UK because of its language. The next market we’re about to launch very soon in is Spain. Also in this year we plan to do a roll-out in several more European markets before we want to go international outside of Europe.

Yuilop is a free app which will be monetized through advertising. Have you been focused on this monetization-part right from the start, and do you have a special approach to it?

Yes, we’re exploring with partners different paths of monetizing the user engagement including mobile advertising, virtual goods and mobile coupons. This detail is very important to us; we don’t want to spam the user with advertising, but try to offer value in the form of relevant, targeted advertising to our users. Unlike some other startups backed by US-based VCs, we don’t have the luxury od just capturing a customer base and thinking about monetization, but we prefer it this way. It’s more healthy to have a business model focused on revenues and profits than just geared towards future sale of a customer base. Therefore we’re exploring different monetization streams from the beginning, always with the user experience in mind.

When will yuilop be available in the iTunes App Store, and when are you going to launch yuilop for Blackberry, Windows Phone 7 and Symbian?

Regarding the iOS version of yuilop, we’re waiting for Apple’s approval to launch in the iTunes App Store. The version for Blackberry will be ready for the launch in Spain, where the Blackberry devices have huge success in the young consumer segment. Regarding the other platforms we’re working on, they are based on the volumes/relevance these have in our target markets. We’re looking carefully at Symbian as it has a significant installed user base, but it’s unclear what Nokia will do with it in the mid-term. As a startup with limited resources we need to focus, focus, focus. Regarding Windows Phone 7, even the analysts are predicting completely contrary scenarios, so we will definitely stay on the sidelines and wait for the relevant sales volume in our markets before we take any action.

What new features can we expect from yuilop in 2011?

Many exciting new services are in the pipeline. Social communication is taking place in a lot of forms: written, audio, visual, private in closed groups and open with communities. We are focused on providing the best communication experience to delight our users. But we also know that we still have a lot to do. We’ve just started and have gone already a long way. Indeed there are improvements and new features coming out every week and our developers are working hard to keep evolving fast and fulfill the wishes of our users. Stay tuned on blog, Twitter Facebook.

How many people are working for yuilop at the moment and are you hiring right now?

Last time I counted we were 14 and growing rapidly. Our staff is very young, international and cosmopolitan. We are people that thrive with the company and want to have fun while doing so. The team already consists of people from six nationalities, the average age is around 27 years old, although I might have pushed this up quite a bit. Our company culture empowers people to take responsibility from the start and is about getting things done.

So yes, we’re always looking for great international talent that wants to come to Barcelona, a great place to live and work. It offers the possibility to work where other people have holidays, expand with us into new markets, work with leading-edge technology and build on an innovative business model.

Where would you like to see yuilop in about 1 to 2 years?

We have a clear mission: to enable as many people as possible to talk for free with their friends, family and all of their contacts all over the world, at any place, at any time, in a simple and fun way. Listening to our user feedback we keep improving our service and apps to provide the best communication experience every day. At the same time, we aim to expand into new platforms, with the first one being iOS, and also into new countries.

Even though we are still at the very beginning of the business, we really strive to expand into more territories within this short time frame – thus making communication free for many people in Europe and also other continents.

What was your experience with Barcelona as a location to start a company?

Barcelona is a great place to start up – I love Spain and this city especially. Not unlike other famous international cities, Barcelona also has its pros and cons, when you start a business here. From an administrative perspective, it may not be the easiest place to setup a company. And while in the past there has been some public support the worldwide financial crisis is taking it’s toll, so any remaining funds are mostly dedicated to established companies instead of creating new ones.

It’s not a business hub like London or Paris, so you don’t have all the big players around to just meet for a coffee, but there are many new exciting startups and international consumer-focused companies. It is really great as you can hire great talent from almost all nationalities in Barcelona.

Competing for an extension of the MWC, Barcelona wants to position itself as not only having the world’s best soccer team, but also become the mobile capital of the world. We hope we can contribute to the mobile part, as we definitely can’t do much on the football part.