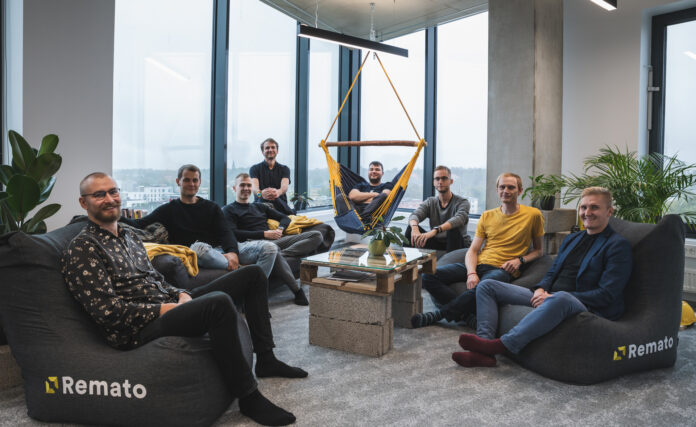 Estonian tech company Remato whose software platform helps manage construction workers, their tasks, equipment and projects, raised €450K from their clients as well as notable business angels, such as the founders of Bold, Pipedrive, Sixfold, and a few others. Remato aims to make construction management stress-free.

According to Remato, construction is one of the least digitalized industries while the sector accounts for 10% of the world economy. It’s a 10 trillion dollar industry where only a mere 1.5% of the revenue is invested in technology. It’s 55% less compared to other industries which means that there is a lot of manual work and old school paper pen approach still in use making the industry inefficient and slow to adapt to changes.

Remato’s team is developing a savvy web platform and mobile apps for small and medium-size construction companies to manage their workforce, equipment, tasks and budget. “Our goal is to digitize that part of construction that has been largely ignored for a long time. We want to help the companies who build and maintain our physical world,” said Remato’s co-founder and CEO Madis Lehtmets.

Construction software providers have so far been mainly focused on creating solutions for big companies, the overall management of contractor projects as well as the engineers. Companies like Remato are now increasingly solving the challenges of companies that carry out construction work on site. There are over 7 million construction companies in Europe and the United States, most of them are small and medium-sized companies that are accountable for close to 80% of the added value. Just like the well-known Estonian company Pipedrive built a Salesforce alternative for smaller sales teams, Remato built an alternative to the US company Procore for small and medium size construction companies.

A seasoned construction businessman and long-time client of Remato, Indrek Laak also participated in the investment round and noted that there is an urgent need for a platform like this, “I know many construction entrepreneurs from different countries and the problems are very similar in most markets. I have followed Remato’s team progress in the past few years and I believe that they will become a global success story,” said Laak.

“It has not been an easy ride for Remato, but they have shown resilience and grit. Thanks to having tried and failed and learned from the journey, I find the team well-prepared for expansion to many new markets. Companies that solve real problems in traditional industries are an important vertical to invest in,” said Raido Pikkar, the Founding Partner at Thorgate Ventures. Remato is planning to invest the raised capital into product development, expanding sales and marketing team, and building out international marketing and sales strategy.

The current investment round includes funds from Lemonade Stand and Thorgate Ventures, Zenith Family Office, multiple Remato clients, and several notable business angels from Martin Villing, the co-founder of Bolt, to the co-founders of Pipedrive, Martin Tajur and Martin Henk, and many others. In the autumn of 2019, Remato raised its first capital of €150K from Superangel, an Estonian venture capital fund.