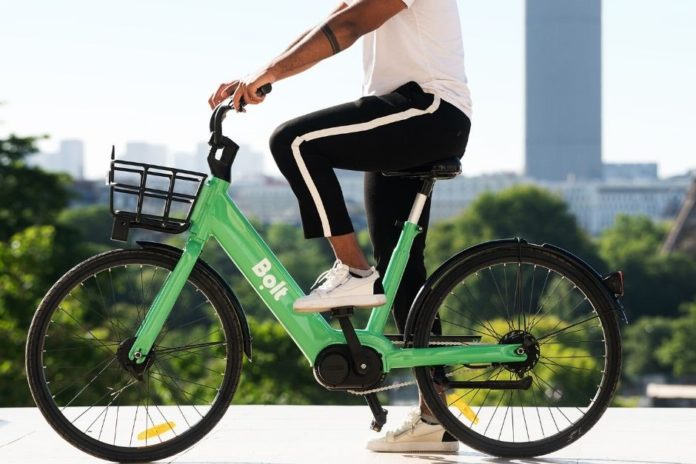 Today urban mobility and delivery startup Bolt releases its ‘family’ of e-vehicles in the French capital, including its brand new Bolt e-bike. Starting from today, all Parisian urban commuters will have the opportunity to get from A to B on a Bolt electric bike.

About 2 weeks ago we interviewed Bolt’s co-founder Martin Villig on their recent €100 million raise, which he told us would be funneled into expanding further across Europe and Africa. In particular, Martin mentioned how Bolt suffered a 70% drop in ride-sharing during the coronavirus pandemic, but counteracted this by accelerated scooter launches in many new cities. Perfect for social distancing measures, e-scooters and e-bikes provide people with a flexible, light, individual mode of transport.

This new move to expand in Paris, though, is twinned with the Council of Paris’s wide-ranging programme of green initiatives. A major element of this has been the focus on developing a more modern urban transportation system, introducing cycle paths at all major hotspots around the city. This highly innovative, big-picture plan working toward a greener future for all Parisians inspired the Bolt team, and made the selection of Paris as the launch-city of their brand new product – the Bolt e-bike – an easy decision.

Alongside helping urban commuters to respect social distancing norms and being disinfected regularly, Bolt also boasts an environmentally friendly track record. All of its vehicles are 100% carbon-neutral, and are mostly built from easily recyclable materials like aluminium, steel and plastic.

For first-time users, it may help to know that the e-bikes have a maximum speed of 25 km/h, and can be tried first with Beginner Mode, which is part of the Bolt Safety Toolkit. For now, the e-bikes are only available in Paris, but will be launched in other cities around the world in due course.

Bolt, founded in 2013, started out as a ride-sharing taxi app, and is now also dominating the food delivery space in 12 countries. It has grown to having a user-base of more than 30 million users globally, and operates in more than 150 cities across Europe and Africa. In February of this year, Bolt announced a partnership with Google to appear in the Google Map’s journey planner, giving it even more visibility.