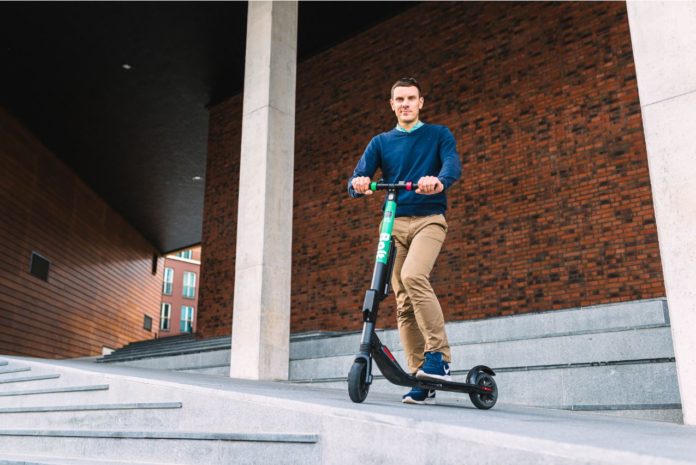 We already know that food delivery apps have soared in popularity in the past few months, but what about e-scooter rental and ride-sharing taxi apps? Tallinn-based Bolt (2013, formerly Taxify), who has a user-base of +30 million globally, has been managing these three unique but connected sectors during the pandemic.

While their ride services dropped by 70%, the startup accelerated the food delivery side of the business and launched its e-scooters in more cities. Despite the recent lull in the ride-sharing sector, co-founder Martin Villig is convinced that we will see trends returning to where they were pre-pandemic. In fact, the startup has always been optimistic, having clung on to its workforce by reallocating them internally, and has just landed €100 million to grow its app across Europe and Africa, signalling brighter times ahead.

Could you tell us how Bolt was affected, and what steps took to be able to exit the crisis successfully?

COVID-19 has had a major impact on most fields of life, and the transportation industry was among the most affected areas, with rides dropping by 70% or even more in some countries. As cities around the world were restricting movement, we started looking into ways to provide help and assistance to everyone involved and to roll out services that would help people in quarantine acquire the products they need. In some of our markets, we started offering free rides or delivering free food to health professionals and other front-line workers. We launched grocery delivery on Bolt Food in a matter of days, expanded Bolt Food from 4 to 13 markets and rolled out Bolt Business Delivery. We also accelerated scooter launches in many new cities to provide people who needed to move around with a light, individual mode of transport.

Of course, it hasn’t been completely painless for us. We’ve had to scrap our product plans and shuffle people between departments to cover for the decline in ride-hailing and the sudden increase in the demand for delivery. But we’ve managed to weather the crisis, in large part thanks to our efficient operations. We’re already seeing strong signs of recovery in most of our markets.

Bolt has been a positive example. Unlike your competitors Uber and Lyft, Bolt has maintained its team. Could you tell us about this?

In an economic crisis, companies with low fixed costs and an efficiency mindset have an advantage. Efficiency is embedded in our DNA since we’ve been competing with bigger players from the start. We’ve always had to be smart in how we grow the business and we’ve built a very lean company in an industry that’s known for raising huge amounts of money. This has spared us from some of the hard decisions that the other companies had to make.

You’ve recently spoken about how startups should be afforded support, and requested help from the Estonian government. Could you expand?

Our request to the Estonian government was similar to UK’s Save Our Startups campaign to point out that the scheme the Estonian government had introduced (loan guarantees via a government foundation called Kredex) would not cover a lot of loss-making startups as they are in an investment and growth phase and the ceiling for the guarantee set at €5 million may not be sufficient for larger companies. The purpose of our request was both to point out that the measures could put local startups as well as Estonia’s position as one of the leading tech hubs in Europe at risk. But also to explore the possibility of state relief among other options to weathering the crisis. In the end, we did not pursue a loan or loan guarantees from Estonia.

Now that we’re coming out of the crisis, you just landed an investment of €100 million from Naya Capital Management. Do you have any advice for startups trying to close funding right now?

During a crisis, investors tend to give preference to already proven business cases. A company preparing to close a funding round right now would need to focus on a clear path to profitability and on cost consciousness, as these are the things that are valued especially high in uncertain times.

What is your prediction for the mobility and travel sectors in the coming months?

While the crisis has, of course, affected the transportation industry, the long-term trends are likely to remain unchanged. People will keep looking for greener ways to move around and cities will take more steps to battle congestion. As more people and businesses have become accustomed to work-from-home labour forces, it’s likely that car ownership will continue decreasing. Those who may choose to sell their cars or families who reduce from two cars to one will turn to ride-hailing for the few trips that they may need to do during the week, instead of their daily commute to and from work.

Bolt also recently launched its food delivery service, which is running in 12 countries. For the foodtech and delivery startups out there, how have you adapted this service to meet current needs?

All Bolt Food deliveries are completely contactless since March 13, to decrease the possibility of infection spreading from person to person. That applies to both restaurant pickups as well as handing food from courier to the customer.

What advice would you give to startups across Europe that are strategising their next survival move?

Embrace the new normal and focus on building a problem-solving business in the post-COVID reality. With fewer resources available, you need to concentrate on your value proposition and stay passionate about building an economy that will survive this crisis.