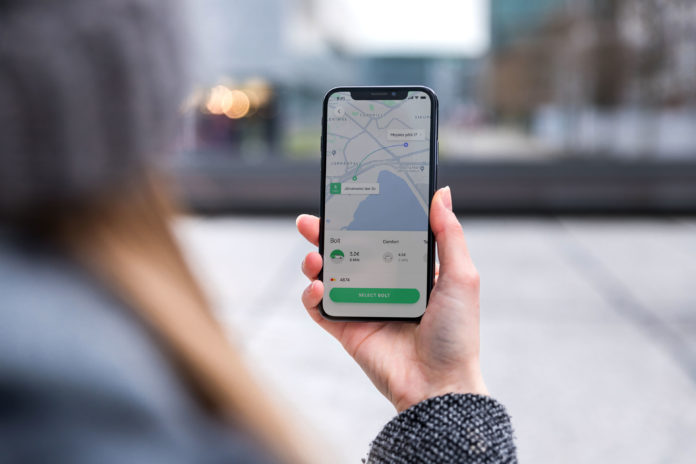 The battle between Europe’s on-demand transport apps continues. Catching up with its rivals, today Estonian-born app Bolt announces integrating with Google maps, meaning that its service will be suggested to users in London through the journey planner.

Increasing its competitive edge against apps like Cabify and Uber, Bolt is hot on their heels in the neverending race of the top e-mobility platforms. Often cited as one of the shining stars of the Estonian startup ecosystem, Bolt (founded in 2013) is now donning unicorn status, has expanded to offer food delivery and e-scooters, and is leading the way with its multiple environmental efforts.

This news comes just a few months after Bolt announced opening a new hub in London after seeing a huge surge in passenger numbers. Now users of Google’s journey planner functionality in Google Maps will now be offered Bolt rides within the ‘ride services’ (or taxi) tab around the city of London. Extra information, such as the estimated cost of the journey and the vehicle types on offer, will be displayed alongside estimated pick-up and journey times.

Sam Raciti, Bolt UK Country Manager, said: “Today, we’re making it even easier to travel in and around London with the integration of Bolt into Google Maps. Whether it is for all or part of their journey, having access to drivers on the Bolt platform through Google’s popular route-finding service empowers users to make better informed decisions about the quickest and most efficient way to reach their destination. Our mission has always been to make urban mobility simple, seamless and safe, and we are delighted that this integration will take us closer to reaching that goal.”

Last month, Bolt announced a new ‘multiple destinations feature’ which allows customers to request rides with up to three stops, giving an estimated cost for the entire journey. Customers can create additional stops by selecting the small plus sign on the right side of the address box when searching for a destination in the latest version of the app. The driver will see the route with all the stops in their Bolt driver app after the ride has commenced.

Today, Bolt is experiencing rapid growth in the markets where it operates across Europe and Africa, with more than 30 million users in over 35 countries globally. Last month, the company announced a €50 million funding agreement with the European Investment Bank.