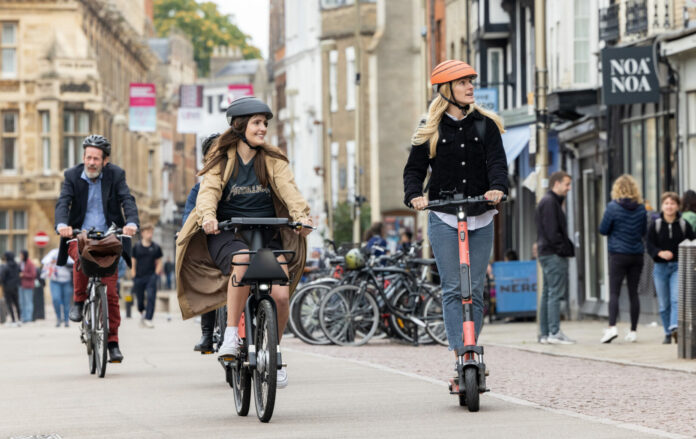 Voi Technology, one of Europe’s micromobility giants, has just raised €101.8 million in an oversubscribed funding round to continue its vision for a revolutionised approach to urban transport.

The funding was led by Raine Group and VNV Global including Inbox Capital, Nordic Ninja, Stena Sessan, Kreos Capital and new investors Ilmarinen, Nineyards Equity and ICT Capital and others. Leading entrepreneurs and operators from King, Avito, BCG and more also participated in the fundraising round.

The fresh funding boost comes on the back of an exciting year for the Stockholm-based startup, having raised over €38 million in August. Micromobility is a booming trend in Europe and the industry has been heating up over the past few weeks with new funding announcements and acquisitions.

As one of the e-transport leaders in Europe, Voi, founded in 2018, has enjoyed a 140% year on year revenue growth this year. The young company hit over 90 million rides since launch whilst simultaneously increasing margins and profitability as e-scooters have become the European micromobility choice of 2021.

After COP26 and a global drive to move to more sustainable choices, cities are under more pressure than ever to transform their transport operations and reduce the reliance on polluting vehicles to meet net-zero emissions targets. E-scooters, e-bikes and other forms of micromobility are the best choice for cities that want a sustainable, shared vehicle that integrates easily with public transport, reduces reliance on private cars, relieves congestion and cuts pollution.

With an ambition to have fully electric operational vehicles by early 2023 and the plan to exclusively use battery cells produced in Europe (reducing carbon footprint by up to 50%), Voi has a strict commitment to sustainability. The micromobility operator already sources its e-bikes from Europe and intends to source its e-scooters locally, as soon as that is possible. The startup was also one of the first micromobility company’s in Europe to operate carbon-neutrally in 2020, building on its track record of pioneering sustainability initiatives including using renewable power and introducing swappable batteries.

Fredrik Hjelm, co-founder and CEO of Voi Technology, said: “There is no doubting that micromobility is here to stay and Voi intends to be the go-to mobility platform in Europe for cities that want to give their residents and visitors an integrated, smart mode way to travel. Working closely with cities we are seeing a new vision of urban transport taking shape that is highly complementary to public transport. We are building the future of transport and we are committed to making every Voi city a better place to live.”

Voi already operates in over 70 cities across 11 countries. With headquarters in Stockholm, the sustainability-focused startup employs 1000 people and has more than 6 million users.

The new funding will support the e-scooter operator to continue expanding into new European markets and add more e-bikes to the Voi fleet. Voi has set an ambition to take 1 billion car trips off Europe’s roads by 2030 and expansion into new markets and solutions is integral to achieving this.  Voi will also launch Europe’s safest e-scooter model to date – the Voiager 5 – this spring as part of its commitment to achieving Vision Zero (no accidents).