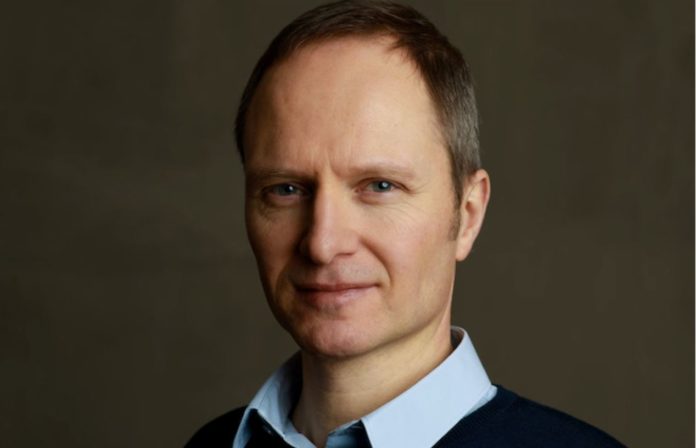 We recently had the chance to speak with Fredrik Skantze co-founder and CEO of Funnel, a Stockholm-based marketing startup that harmonises data from 500 platforms and helps companies make better decisions. Their team recently closed a Series B round which has come handy in handling the current crisis.

We spoke about how Fredrik believes founders should take their time and do things more sustainably, making sure you’re going to be around for the long term, as well as the value he places on building a company culture (which is sometimes neglected). In addition, we talked about how corporate teams can benefit from agile processes to reach goals efficiently.

To start off, though, Fredrik answered some questions about his story and experience of entrepreneurship.

Hello Fredrik, thanks for joining us! What first got you into entrepreneurship? Have you always been a ‘creator’? What is your story?

I did my Masters in engineering at MIT, where there was a strong culture of innovation and technology. After university, I worked with software development and R&D in the field of robotics. After a couple of years, I went back to university to do my MBA at Stanford in 1998.

I had a growing sense of wanting to start a company. I thought, let’s apply AI and robotics to the toy industry to develop a new line of toys. I went to LA to work in the high tech group of Mattel, the world’s largest toy manufacturer. I had an amazing time there and worked on commercializing some of the technologies coming out of the MIT Media Lab. But I learned that it was too early for AI in toys. At that time it was so clear that the internet was going to change things forever so I joined a mobile internet startup in product management which was a great learning experience.

After five years, I left to start my first company in 2005, which was an eCommerce company selling used cars in London. My parents thought I was crazy to leave the high tech world of software in Silicon Valley to become a glorified used car salesman. We raised more than €27 million in venture capital from top tier firms and built a relatively large company and at some point, I think they understood. That really got me interested in company building. Creating a company is one step bigger than creating a product for some company you work for and after that, there was no looking back.

What advice would you give to yourself 10 years ago, if you could?

I’m 48 and this is my second startup. So 10 years ago I was already way into my first startup. Interestingly, the learning curve around company building has not flattened. I feel like I’m learning as much every day now as back then, so there are certainly a lot of things I would share.

I think the two most important pieces of advice are to spend a lot of time finding great people to work with and creating a good culture in the company. Initially, it is easy to put all focus on building the next feature of the product and finding the next prospective customer. But if you don’t get the team and culture right it is really hard to scale and build a great company.

What advice do you have for entrepreneurs on maintaining a life-work balance?

A startup is going to take a lot of your time. I have two thoughts on this. First, it really helps if you are interested in and enjoy both what you are building and the whole process of learning how to grow, finance and evolve a business. It almost needs to be both your work and hobby at the same time.

Second, for most of us, it takes a really long time to build a successful business. This may include both some early pivots and phases of growth and stalled growth. Early on, everything is about survival and it is probably the right decision to trade off life-work balance for more hours to spend on the business to ensure it survives. But at some point, you need to switch to a sustainable model where you balance time spent on work with time with family and friends and on taking care of yourself. It really helps if you can build a strong team around you that can take some of the burdens off you. One of the things I am most proud of at Funnel is the team I have brought together from early on and the teams that they, in turn, have built in their areas. This has helped us all scale and keep a better balance.

Given the current events, how has the experience of entrepreneurship helped you navigate the new challenges? How do you believe that experience could help other founders facing similar challenges?

This is my third downturn in my career. This previous experience helped with two things. One, we quickly realized this would be a dramatic slowdown and acted very fast to stop all hiring and freeze new expenditures. We had doubled the team size from 70 to 140 in 2019, so this was a big change for the company. Second, we built a new plan with a number of scenarios for how events would affect our revenue. In our case, we could show that we would be fine in every scenario and that helped create stability for the team.

If one is used to years and years of growth and good times, it is really hard to change that perspective and understand that things can be very different. You really need to go through one or more events like this to grasp that and understand the true impact they can have on your business and the surroundings.

What do you believe will be the medium-long term impact from the current situation on new or experienced founders?

We will have to see how this plays out and how long it will take. Nobody can really know. It may well be harder to find capital for some time going forward. But over time things will go back more to normal. Access to capital is probably the biggest impact on founders. If you have capital, it is actually easier to hire people in a downturn and a lot of company building is building a team, product, and processes that you can do as well in a downturn. It may be a bit harder to find customers, but most startups have very large markets and there may be fewer or less active competitors as a result of these events.

Funnel was founded in 2014. How have your objectives and goals changed since the company has grown?

We built another product before Funnel. It was a Facebook Advertising Tool for the SME market called Qwaya. It was relatively successful and did about $100 million of advertising spend on Facebook, which was about 1% of their revenue at the time and was the first SME tool in that market. But it never felt like we could build a really large company with that product as it was so tied to Facebook and there were many companies building the same technology stack.

When we thought about our long term plans we decided to focus on a big problem for our customers that nobody was solving for them. When we interviewed our customers we kept hearing that there were a lot of companies that could help them make and optimize their ads, but when it came to the question of how things are going for all their marketing they were all using a spreadsheet. So we decided to focus on solving that problem in 2014 and that became Funnel. So Funnel was a pivot from our original idea of a Facebook Advertising Tool and quite a late one given that we already had product market fit and substantial revenue. It was a really hard decision to make, but it relatively soon became clear that it was the right one and we have never looked back.

Given your recent Series B funding for US market expansion, what will be your next move for unexplored international territories?

Right now we are very focused on Europe and the US market as they are by far the largest markets for us. We do also serve customers in Asia, Latin America, the Middle East, South African, and Australia but on a smaller scale. At some point, we will probably put more focus on those areas but we have not decided the right timing for that.

What is your long term vision for Funnel?

Our fundamental belief is that while modern business intelligence tools and cloud data warehouses are fantastic tools for technical analysts and IT teams, they have let down marketers as they are not able to use them without a technical team supporting them. With Funnel we have set out to change this and empower marketers to directly get access to their data without having to work with a technical team. Funnel does this by automatically importing the data, making it business-ready, staging it, and sending it to the dashboard or BI tool of the choice of the marketer. This way marketers are empowered to put all their data to work by themselves. They can act with certainty and quickly iterate towards higher marketing performance, often with dramatically better results in a short period of time.