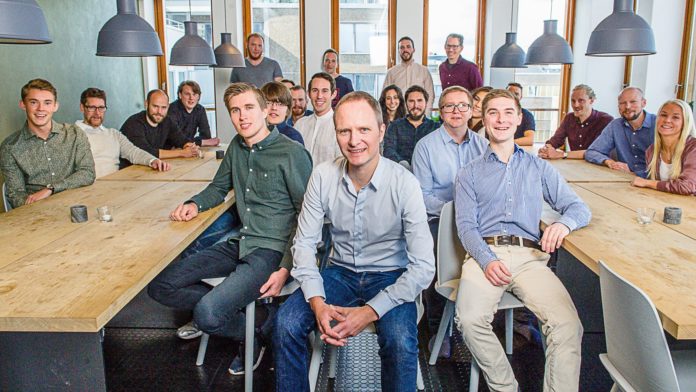 Swedish startup Funnel announced today it has closed an approximate €42.6 million Series B round led by Eight Roads Ventures and F-Prime Capital, with participation from existing investors Balderton Capital, Oxx, Zobito and Industrifonden as well as Kreos Capital.

Funnel, founded in 2014, is changing the way we think and interact with data by taking messy, siloed data from over 500 platforms and automatically generating business-ready data that is fully harmonized, instantly refreshed and always ready to act upon. Made for business users, the platform empowers marketers to own the data and make better decisions, faster, about what’s really driving the business. At the same time, it provides the flexibility to send the data into any destination, such as Tableau or Google Data Studio. The result is empowered, accountable marketing teams that can finally deliver on the performance promise of digital marketing.

Funnel is already used by 800 forward-thinking organizations across a wide set of industry verticals, including Klarna, trivago, Discovery, Appsflyer, Skyscanner, SAS – Scandinavian Airlines, as well as leading media agencies like Havas Media, Ogilvy and DAC Group, just to mention a few. During 2019, the team raised capital, grew from 73 to 140, and the company signed new office space for a total of 400 people across Stockholm and Boston, setting up a platform for continued rapid expansion.

Funnel will use these new funds to accelerate its plan in the US, where it is seeing strong demand from enterprises, and invest heavily into its technical teams to further the vision of creating a single source of truth of marketing, sales and other commerce data.

Alston Zecha from Eight Roads Ventures has joined the Funnel Board of Directors, and commented: “Funnel solves a critical pain-point for a growing number of marketers, from midsize companies all the way to very large enterprises. There was no stronger validation for us than the fact that several of our portfolio companies are already amongst its many delighted customers. We have been really impressed not only by Funnel’s world-class technology, roster of clients and rapid growth, but also by the inclusive, transparent and customer-centric culture of this great team.”

Fredrik Skantze, CEO and co-founder, says: “Per Made and I founded Funnel after many years of being frustrated by ineffective reporting getting in the way of unlocking the power and promise of digital marketing. We soon discovered that we were not alone in our frustrations, with explosive inbound demand that has seen the business double or more every year. We are really pleased to have Eight Roads Ventures and F-Prime Capital onboard. With teams in the US, UK, China, India, Singapore and Japan they are truly a global platform that we can lean on for support in our aspiration to keep building a category-defining company that empowers organizations with Business-Ready data for reporting and analysis.”