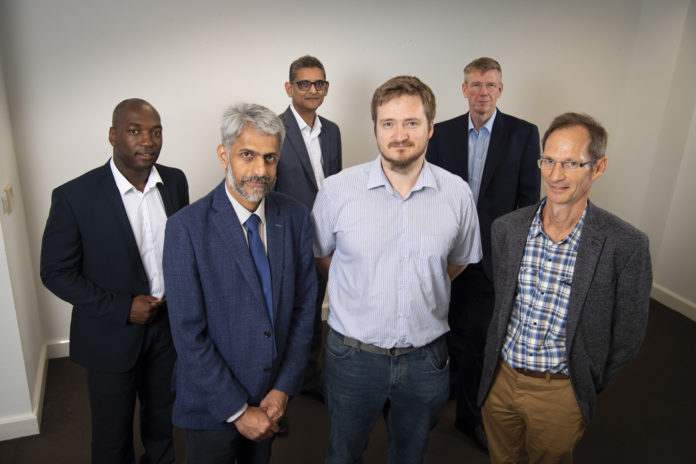 Chances are, you’ve had the frustrating and expensive experience of a broken mobile screen. A University of Leeds spin-out, Optimus Vitrum, has set out to solve this problem by developing a new type of glass which it claims will reduce the risk of broken screens to just one in a million devices. The startup has just secured €655k from NPIF – Mercia Equity Finance.

The company believes its technology can help resolve a key challenge facing the global mobile industry – how to create thinner, more flexible screens for smartphones and other electronic devices, without making them more vulnerable to cracking.

The global market for mobile phone and tablet screens is estimated at $2.1 billion and expected to reach $2.5 billion by 2025. However screen cracking is a common problem – one survey found that almost one in four UK mobile users had had a cracked screen in the last two years.

Optimus Vitrum’s process is based on research by materials specialist Professor Gin Jose, from the School of Chemical and Process Engineering. It uses lasers instead of chemicals to treat the glass used in touch screens, resulting in more uniform toughening and better performance. The investment will allow the company to create advanced prototypes and commercialize its product.

Professor Jose spent seven years developing the technology, attracting over £5 million in government grants. He has now joined forces with his former PhD students including Matthew Murray and Robert Mathieson, along with glass industry expert Dr Malcolm Glendening to set up Optimus Vitrum.

“Our process has the potential to disrupt the glass market, in particular the way glass is toughened – a process that has remained largely unchanged for decades,” said Jose. “The practical benefit is that industry will be able to make glass that is thinner and stronger and also more resistant to scratches.”

“This is a great example of how NPIF funding can support innovative businesses in the North of England,” said Ken Cooper, Managing Director at British Business Bank. “The success of companies like Optimus Vitrum will provide the fuel for the Northern Powerhouse and help to redress the current imbalances in the UK’s economy.”

“Optimus Vitrum’s technology addresses a key challenge for manufacturers and could have a huge potential market, not only in mobile phones but also for uses such as vehicle windscreens,” said Maurice Disasi, an investment associate with Mercia. “This investment will fund independent tests and provide the proof the company needs to approach customers worldwide.”

London-based ChargedUp grows its mobile charging network across the UK with a €1.4 million seed round