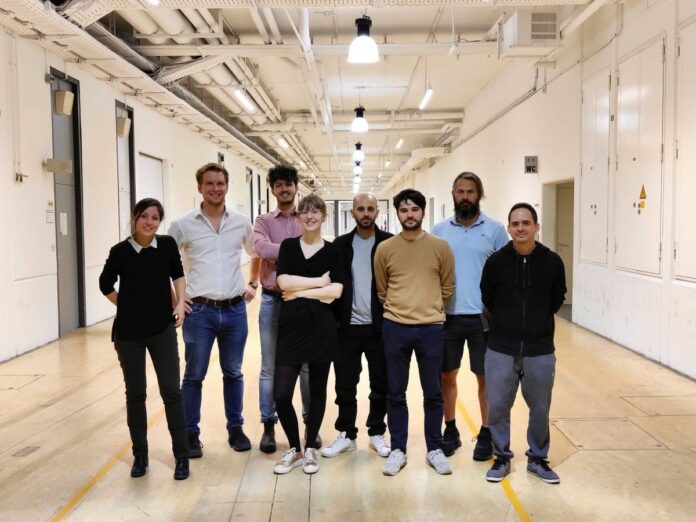 Austrian university spin-off VitreaLab has closed a seven-digit seed round led by APEX Ventures to scale its solutions in the display market.

Introducing laser light into displays has vast potential to improve image quality and enable holographic displays, but practical difficulties associated with controlling laser light have held back the practical implementation of this technology.

VitreaLab is tackling this challenge by using a unique micro-fabrication technology that creates millions of tiny light channels in glass, allowing control of the flow of light in an incredibly precise way. This means that instead of the light being reflected in a random way in an LCD, the laser light arrives with pinpoint accuracy at its destined point and is ready for emission towards the viewer. This means that for the first time the realization of high quality holographic displays within grasp.

VitreaLab was founded by Chiara Greganti and Jonas Zeuner, physicists from the Vienna Center for Quantum Science and Technology (VCQ). During their PhD they used the micro-fabrication technology employed by VitreaLab for Quantum Computing experiments, where the control of laser light on the nanoscale is necessary. This is where the idea for VitreaLab was born.

Just two years after raising an initial investment from APEX and IST cube, the startup moved out of rented university facilities and into a new, state-of-the-art laboratory. Now a team of nine people, the startup is rapidly advancing its prototypes and expanding its IP portfolio with its eyes set on a first licensing deal.

Jonas Zeuner co-founder, commented: “Our first target is to drastically increase the energy efficiency and brightness of smartphone displays. This is where we can make the biggest difference in the shortest amount of time while pursuing the more ambitious goals like holographic displays later on”.

With its Seed round VitreaLab was able to raise a seven-digit number from its current and additional two high profile investors, bringing Hermann Hauser – ARM founder and high profile tech-investor – on board alongside PrimeCrowd.

Hermann Hauser is excited about the prospects of VitreaLab: “I believe this can be a break-through technology for displays.”