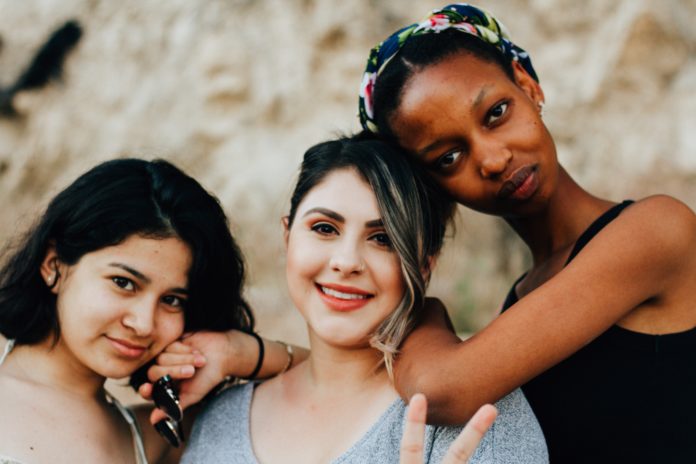 In the past few years, the migration crisis has been at the forefront of media scrutiny – for all the wrong reasons. According to research from World Migration Report 2018, in Western, developed countries media coverage of migrants and migration has been largely negative both on print and online, and has often lingered in assumed positions of suspicion. The concurrence of Brexit and the humanitarian crisis in the Mediterranean has only heightened a generic sense of fear towards migration fluxes in Europe, with nationalist parties making an electoral manifesto out of their xenophobia.

Such myopic views do not take into account all the beneficial effects of migration on national economies – and migrants’ contribution to entrepreneurship often goes unnoticed. However entrepreneurship among migrants is prolific, and is all the more evident when analysing startups.

It’s common knowledge that startups boast some of the most diverse and open-minded working environments out there. This is partly due to the fact that, with the advent of the Internet and the surge of the remote working model, there are now no physical barriers between modern companies and the talented people who aspire to share in the entrepreneurial ambitions of startups.

However, digital transformation and working flexibility do not only mean that companies can hire whoever, no matter their whereabouts, they also mean that startups are more easily created and represent a valid option for those who seek to challenge themselves while maintaining independence.

Moreover, the combination of startups’ occupational flexibility, reduced costs of entry into the market, and startups’ newly acquired cool status also make them a favorite option for immigrants trying to make meet ends in a new country. Immigrants, in fact, are generally highly entrepreneurial and actually more prone than non-immigrants to form new firms, research shows.

For example, a few years ago a study found that immigrants in Germany are experiencing an “entrepreneurial boom”, with 44% of new businesses founded by people with non-German heritage. Also, early research conducted between 1995 and 2005 in Silicon Valley found that the share of immigrant founders exceeded 50% and that foreign-born scientists and engineers were “generating new jobs and wealth for the California economy”.

Others studies – which analysed 30 years of data from 15 countries in Western Europe – found that refugees and migrants are able to “benefit their host nations’ economies within five years of arrival”. Finally, simulations conducted by the European Commission also contradict the idea that refugees place an excessive financial burden on a country and instead suggest that, “although the refugee integration (e.g. providing language and professional training) is costly for the public budget, in the medium- to long-run, the social, economic and fiscal benefits may significantly outweigh the short-run refugee integration costs. Depending on the integration policy scenario and policy financing method, the annual long-run GDP effect would be 0.2% to 1.4% above the baseline growth”.

This pattern of skilled immigrants leading innovation and creating jobs and wealth is not isolated to a few places in the world and can benefit any geography, as immigrants represent an unquestionable driver for economic growth.

The fact that immigrants are naturally inclined  towards entrepreneurship is not only beneficial for them, but for also for the communities they inhabit. This is why hosting countries have a responsibility to prepare fertile terrain for them to grow.

As noted by the European Commission, within the EU, migrants represent an important pool of potential entrepreneurs, but can face “specific legal, cultural and linguistic obstacles”. While many funding, mentorship opportunities and incubators are generally made available across Europe to aspiring entrepreneurs, most of the people who arrive in any country of the bloc may have the hard skills but probably lack the networks, guidance, or capital to kickstart their own business.

In order to address these issues a number of startups and organizations have emerged to help migrants and refugees realize their full potential. One of them is Startup Migrants, which was founded in January 2018 by Maria Amelie and Nicolai Strøm-Olsen, who firmly believe that “everyone in Europe should have equal opportunity to start a business”.

And that is not only a noble idea but also a sensible one. On the other hand, turning our collective backs and shutting the borders in the face of mass migration is not only inhumane but also economically irresponsible. If nothing else, Brexit has been a bright example of how blocking influxes of talent from one country to another can create a complete disaster for our shared economy. The ones that already paying the price for this misguided choice are, again, startups. In London, Europe’s tech hub, nearly two thirds (60%) of London’s tech entrepreneurs are lamenting difficulties in their capacity to attract international talent during Brexit negotiations, with 29% of them claiming their “staff have formally raised concerns around changing visa and immigration regulations.”

As the the whole Europe faces a new wave of political turmoil in which migrants are vilified and kept at bay with despicable threats to their livelihood, we shall all be reminded of both our moral principles and the immense economic potential that migration brings along. As European elections approach, it’s best that we keep all this in mind and do our part. Collectively as EU citizens we should – and can – do better than what we have done until now.

Mariaclaudia Carella
Mariaclaudia works as a communications and press relations specialist in Energy and Climate sectors. She has experience in journalism and tech writing for Italian and European publications.
RELATED ARTICLES
Interviews

“The biggest wins I had were always attributable to finding the right people”: Interview with Ning Li, founder of MADE.COM and Typology