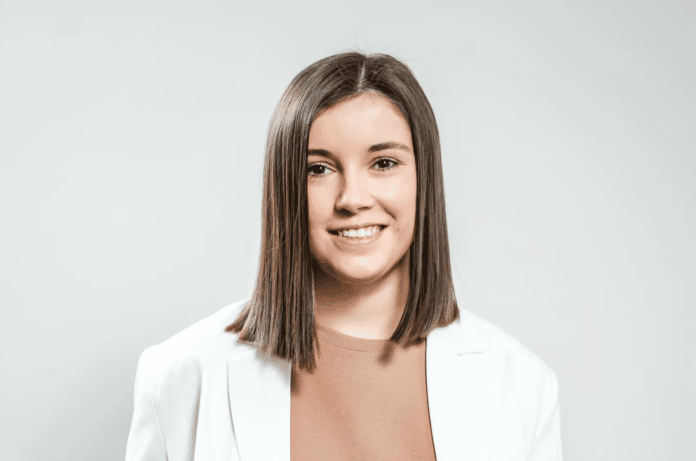 The UK retains the top spot it held at the end of 2021, with the highest funding total and the highest number of deals. However, so far in 2022, 3 of the top 10 largest rounds have been raised by German companies.

In a downturn and fragmented market, we wanted to learn more about the European market realities and to find out if the edtech startups are as resilient as the above numbers seem to determine. So we sat down with Anna Apostol, co-founder of the Ukrainian-founded Mate academy to learn how her startup is navigating the current market conditions.

What first got you into entrepreneurship?

I believe any life changes are for the better. But one becomes aware of that only in retrospect. In 2014, I left my job as an analyst because I was planning to move to the United States. The main question for me at that time was, “What would I do in America?”. I wanted to be helpful to society and do something with a great mission. So I started generating ideas, and Mate academy was born.

Mate academy is an Edtech startup which offers a modern online academy for tech professions. We teach technology classes such as programming, testing and design, using our property platform. The study is free of charge until employment. After students get a job, they pay us 12% of their monthly salary for three years. We help graduates move up the career ladder quite quickly during this time.

Tell us more about Mate academy. How did you come up with the idea?

It all started in 2014. I was living in Kyiv. My husband Roman got a job offer at Google and went to work there as a Software Engineer. Our plan was simple: I would join him later, and we would live in the USA for some time. I quit my job as an analyst in Kyiv and had 2-3 months before moving to the US so I started a course at a tech company.

Up until then, I was convinced only people with a technical education could get a job in tech as a QA engineer or developer. After all, that was what we were told at the university. However, that was the case. People from various fields studied in the same group, and only 10-15% of the students had a technical education. We had a great and intensive program, after which almost everyone received a job offer. The fact that quality training allows one to master the profession and find a job in tech without a university or college diploma was a surprise to me.

So I started thinking about founding a school that would give everyone with and without a technical education the opportunity to enter tech. Moreover, I wanted to teach motivated people who know exactly what they want. That was the important detail, which gave birth to the idea of the Income Share Agreement model which means that students pay for training only after they get a job. The format allowed me to select and choose motivated students. At the beginning, I taught everyone remotely from the US and the Mate academy team started to grow gradually. In 2018, my husband Roman Apostol left Google and joined the development of Mate academy as a co-founder. At the same time, we returned to Ukraine, where the third co-founder Max Lysak joined us.

Have your goals changed since founding the company?

We now have excellent results in Ukraine and we are educating 3-5K students per year, despite the current crisis and all its challenges. Now we clearly see that tech education is not what it should be around the globe. Mate academy has already made its first steps as an international company and is gradually gaining a foothold in the global market. We are sure many people worldwide want to master the tech profession without studying at a classical university. Students from Europe, South Africa, and India have studied already in our international groups.

What is your long-term vision for Mate academy?

Our mission is to teach programming to 1 million people around the world. In the long term, we want to become a university for tech professionals and allow everyone to enter the tech industry.

What is your opinion on the future of Edtech, and did Covid-19 change how we learn?

​​I consider the future of Edtech to be bright. Every sphere is integrated with tech now. Automation of processes is needed everywhere, which is impossible without programming. I am convinced that in the future the number of engineers will only grow as knowledge of any programming language will become an ordinary skill that is inherent in the majority.

Obviously, the Covid-19 epidemic has changed the industry a lot. At the beginning of the pandemic, the IT market in Ukraine suffered greatly. The number of vacancies decreased several times compared to the pre-Covid period. Many companies put projects on hold and were reluctant to hire junior specialists. Because of that, it was much more difficult to employ our students. Therefore, in addition to classical training, we started preparing students for the market realities. To ensure that our graduates were head and shoulders above all other candidates, we included more educational material in the program and studied new technologies. We prepared them both technically and improved their soft skills and language skills such as English. However, this was the case during the first six months of the pandemic. Then the market gradually recovered and it became even easier to employ our students.

How has the war in Ukraine impacted your business?

When it comes to the Mate’s academy team, several developers joined the Ukrainian Armed Forces. The first month of the full-scale war was a period of adaptation. However, we quickly accepted the new realities and continued to work with even greater motivation. Since February 2022, our team has increased from 60 to 130+ employees. And our growth is continuing. We actively work and support our army financially every month. We have already transferred about 7 million UAH/200k dollars.

As for training, the demand for it increased at the beginning of the full-scale war. Many people wanted to change jobs or were forced to do so by circumstances. Some lost their jobs, some postponed their desire to work in tech for some time until they decided to finally pursue it, and some wanted to earn more money. So, there were a lot of candidates. However, the labor market also reacted. The number of vacancies decreased by 40%. But we were ready for crises after Covid-19 and knew how to work with a complex, unstable market. Nowadays, we train the same number of people as before the war and employ everyone. What has changed is that it takes 30% more time to find a job, than it did before February.

What are your plans for international expansion?

We analyzed the market while teaching students from Europe, India, and South Africa. That allowed us to better understand the specifics of such different regions and countries. Before choosing a market, we take into consideration a lot of variables. Such as the number of vacancies or if there is search traffic and people are googling for Tech education, and whether a salary gap exists between the tech industry and other areas in the country. A significant gap indicates that many motivated people want to get a profession in tech.

We’ve already launched a representative office of Mate academy in Poland with training in the local language. We are putting together a local team headed by a country manager. The Polish market has some impressive players, and is larger and more prospective when compared to Ukraine. The next country in our scaling plan is the United Kingdom.

What are your predictions for Edtech in the next 5-10 years?

Currently, the world economy is in a state of uncertainty. I assume people will change professions and re-profile in such a context. These conditions will contribute to the growth and development of the edtech industry as more and more people will want to learn and master tech skills.

Veronica Fresneau
Veronica Fresneau is a tech and startups enthusiast, and an advocate for women in tech, startups and VC space. She has more than fifteen years of Marketing & Communications experience in several EMEA markets. Veronica is currently based in Amsterdam, where she coordinates marketing & comms for Europe & LATAM for Rockstart, early stage accelerator-VC.
RELATED ARTICLES
Other Stuff