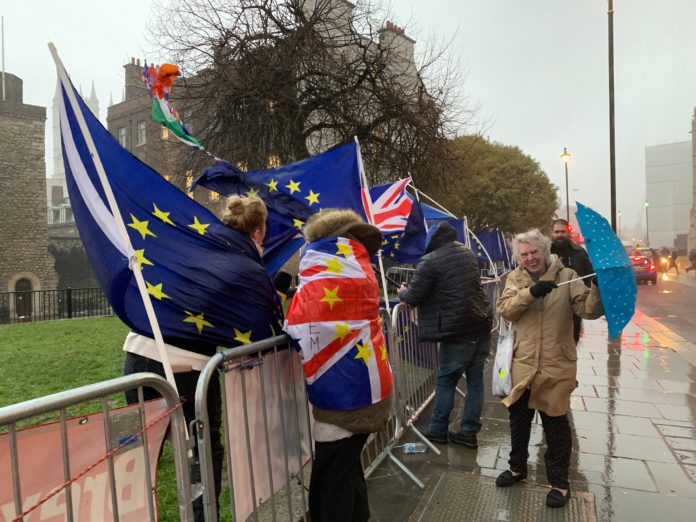 According to previous agreements with the EU, the UK was set to leave the European bloc for good on March 29. However, after last week’s vote, even this much is questioned and the latest developments in British political life have been hard to follow and painful to witness. A series of Parliamentary votes on Brexit have compromised Theresa May’s political leadership and left the general public pining for answers as British Parliament agreed that Brexit could be delayed by three months until June 30. In the meantime, the status of the relationship between the EU and the UK remains complicated to say the least, and detractors of British foreign policy are to be found everywhere in the country.

In particular, Brexit negotiations have made professionals nervous and kept them on the edge of their seats. A couple of months ago, it was even reported by ​The Independent​ that the whole Brexit situation had made EU nationals living in the UK depressed and suicidal. Also, just a few days ago, The Guardian ​reported that contemplating a post-Brexit world induces fear in business owners, causing a growing number of British companies to “cut jobs or put hiring plans on hold”.

Some of the most vocal opponents of Brexit are to be found in the ranks of tech companies. Tech professionals, startup founders, developers, entrepreneurs, marketing experts and such have grouped to advocate for a new Referendum in the hope to prevent the damage that Brexit would bring upon them. The most prominent anti-Brexit groups of professionals campaigning in the UK are Games4EU and Tech For UK, in partnership with Best for Britain. Their goal is to defeat a no-deal scenario in Parliament and hold another referendum with an option for the UK to remain in the European Union, even in light of last Thursday’s Parliamentary vote rejecting a second referendum. Tech communities are especially concerned that post-Brexit measures on free movement and trade will threaten London’s status as Europe’s tech hub, making it more challenging to attract talent and sell products in Europe: “our industry and the UK economy as a whole is not prepared for a no-deal, nor could it ever be,” wrote Games4EU in an ​open letter​ to the gaming industry.

Such “unprecedented uncertainty” is holding back spending on durables like cars and housing, as well tech products, they argue. According to a ​report produced by the tech group, the ways Brexit will impact interactive entertainment businesses (including video games, esports, XR, and interactive  broadcast) and their community are large and variegated. Possible examples of complications include products and services related to gaming being sold for higher prices,  being harder to access, delayed or even partly or wholly unavailable in the UK. Many UK-based businesses will be probably compelled to relocate to EU, the report argues, and a general loss of consumer rights such as refund/return rights for such products appears likely. Obviously, these problems do not affect just the gaming industry, but the economy at large.

In order to have a better understanding of how professionals, especially in tech, are coping with the perspective ending of EU as we know it, I spoke with representatives of tech group Games4UK but also with professionals and stakeholders that support tech group’s missions and are determined to battling Brexit until the very end.

A People’s Vote to stop the clock

George Osborn and Tracey McGarrigan created ​the pro-EU grassroots movement, Games4EU​, after they realised there wasn’t a dedicated industry campaign group against Brexit. With the help of Jas Purewal – who forms the third part of their founding team – they became a legal organisation right after the People’s Vote March in June 2018.

Games4EU represents a huge community of tech professionals and flies “the flag for a sector that voted overwhelmingly Remain” said Osborn. The UK is the fifth largest video game market in the world in terms of consumer revenues, with a value of £5.11 billion, approximately 32.4 million gamers, and 2,261 companies of all sizes employing more than 47k people (with EU nationals making up 34% of the total industry workforce).

“The EU has served our industry and our consumers well,” said McGarrigan. “It reflects our outlook and our values in our brilliant, inclusive, global-minded industry; it gives us the best  access to our biggest market; it forms a key part of our business, legal and financial bedrock.”

“The UK games industry is a magnificent, international youthful success story,” Osborn added, “but too often that story isn’t told. And at a time when the country as a whole needs people coming forward with positive, evidence-based arguments for what impact Brexit would have on the country, our aim is to show that the policy would inflict pointless damage on one of the country’s most culturally significant sectors.”

Damage to the sector would consist not only in the loss of talent, but also in evident economic losses: “Brexit would impose a number of barriers to trade. Whether it’s throwing our data protection regime into chaos, raising the cost of video game hardware at the border, forcing businesses to set up VAT offices in the EU to keep trading, it’s clear that Brexit would make it much harder to business. Also, it damages brand Britain. The country has lost its reputation as an open, fair, free and tolerant place for people to do business. As well as losing our valuable legal and economic ties with Europe, Brexit runs a real risk of destroying the reputation of our country if it goes ahead.”

McGarrigan concludes that Games4EU’s detailed report and discussions with stakeholders  across the industry show “that no form of Brexit will help our industry, from May’s Brexit deal through to a no deal Brexit”. Games4EU’s mission is thus to keep Britain within – or as  close as possible to – the European Union for the benefit of the UK video games industry. To this end, they are campaigning for a second People’s vote.

“The best way forward is for Parliament to ensure the people give the final say on Brexit to the people, for  Remain to be an option in that referendum, and for the British public to vote to Remain,” added McGarrigan, “this is what we are fighting for in 2019”.

And they think that this time around the People’s Vote would have a different outcome and that some extra time will play in their favor. “We think a result of a People’s Vote would likely be different for a few reasons,” said Osborn. “The combination of the People’s Vote’s strong activist base, the demolition of the Leave campaign’s central pledges and the negative impact of Brexit on the country will likely play in our favor – something the polls show. This doesn’t mean victory would be certain – far  from it. Politics is unpredictable and elections even more so. But the chances would be good for a Remain win if a referendum were called.”

Alongside Games4EU, other organisations are lobbying for a meaningful vote by the people. Especially worth mentioning is Tech For UK​, whose aim is to “find more supporters and create content and tech solutions to help win the right to a public vote and final say on the terms of Brexit, with the option to Remain”.

Cécile Baird and Chris O’Gorman are two tech startup founders and supporters of ​Tech for UK, having signed their open letter to MPs from UK tech leaders.

Cécile Baird is the co-founder of ​Decentrl Agency​ and also runs the non-profit ​Blockchain For Good. She is one of the over 1,157 tech leaders supporting Tech For the UK and a new People’s Vote on Brexit. The main problem with Brexit, she explains, is that it has thrown companies into panic: “When it comes to the economy, there is nothing worse for businesses than uncertainty. A huge number of companies cannot prepare for three or four different potential outcomes in such short notice, it is just not affordable, especially for small to  mid-sized companies.”

Baird has also a clear idea on the reason why tech industry professionals have mainly voted to remain – and would vote to remain once again, if given the chance – and it has a lot  do with talent and meritocracy:

“There are two main things, which are both very relevant to us as founders of a company in the tech industry. The most important one is talent. In our industry developers play a crucial role and in the case of new emerging technology such Blockchain it is even harder to find talent. The market is a difficult one at the moment, as many companies worldwide fight for the best talent. Britain’s current situation is tricky. There have been lots of great  talent in London in the last few years, but the majority is not from Britain and many of them are actually from the EU. The brain drain is happening already and will be worse – especially in a no deal scenario.”

Chris O’Gorman from ​Moledro Digital​, a digital marketing consulting company based in London, is another supporter of Tech for UK’s push for another vote. “International collaboration is at the heart of what we do and that’s one of the reasons we support EU membership and the Tech for UK campaign,” he said.

For him, campaigning is now more important than ever and can still make a difference: “Tech  for UK brings together an incredible array of talent and directs it towards a common goal of giving the voters the final say on Brexit. It gives an outlet for tech professionals who – as  well as voting, marching and donating – want to use their professional skills to change the political trajectory of the country. The combined technical and intellectual firepower of all those involved is truly impressive.”

Campaigns such as Games4EU and Tech for UK and their vast following remind us that Brexit is ​not​ a done deal. Instead, the groups and all our interviewees seem to think that Brexit’s game is still very much on.

As O’Gorman put it, “It may be one minute to midnight but it’s not too late. This is a generation-defining issue and when something is this important you have to keep trying until it’s game over.”

If you agree with him, you still have a chance to join the fight and ​march​ against Brexit on March 23 with them. 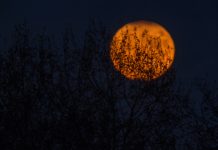 What’s behind the internet’s ‘ghost’ videos – and why high-res IP cameras are the best pr... 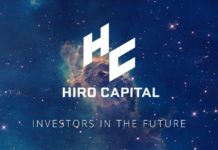 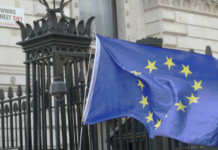 IT and telecoms workers in the UK are experiencing heightened levels of anxiety, indecision, du... 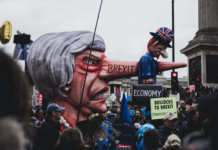 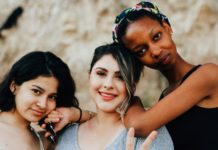